The next-generation Chevrolet Colorado broke cover in this fresh set of spy photos this week, giving us a glimpse of what to expect when GM’s compact trucks are replaced in what is expected to be either 2023 or 2024. 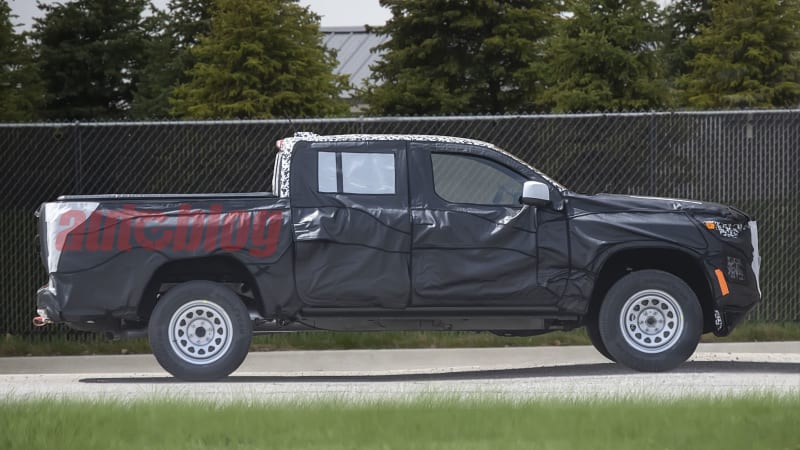 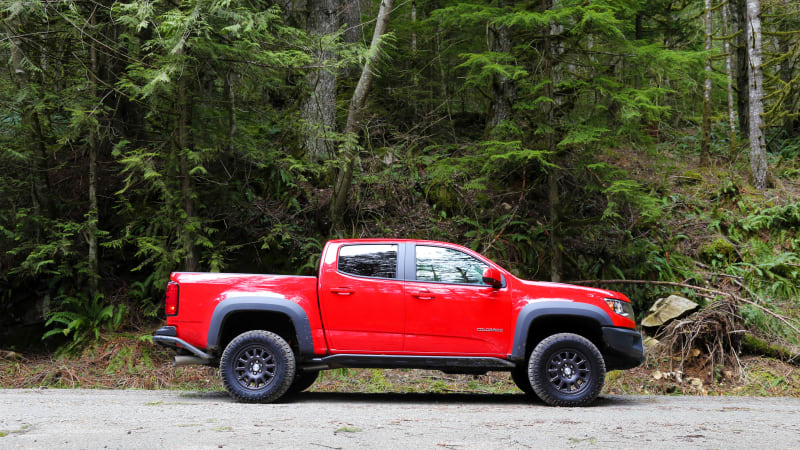 Thanks to its still-extensive camouflage, this prototype doesn’t give away a ton about the new Colorado’s styling, but in profile, it appears as though the swoopy, upswept rear cab line might become a thing of the past. We wouldn’t be surprised to see the new Colorado adopt a more angular, squared-off look more akin to that of its big brother, the half-ton Silverado. The Silverado is also expected to donate what may be the new Colorado’s only powertrain. Taking a cue from Ford, Chevy is expected to offer the next-gen Colorado with just a turbocharged four-cylinder engine — the new corporate 2.7T in this instance.

The large, 310-horsepower four-pot can easily take over for the 3.6L V6 currently available in the GM twins and one-up the 270-hp Ranger to boot. This would mark the end of both a V6 and diesel option being offered in GM’s midsize trucks, and tracks with the company’s slow, silent effort to eliminate lower-margin models. We say “trucks” because, well, whatever happens with Chevy is likely to translate to GMC. The Canyon will be due for replacement at the same time, and will likely carry on as a re-skin of Chevy’s offering.

We’re not yet certain exactly when Chevrolet will start selling the next-gen Colorado, but given the reasonably complete state of this prototype, we expect it won’t be long now. Rumors suggest it could hit the market in 2023 as a 2024 model.