Chevy just dropped official 2022 Blazer information, and there are a few notable changes. For one, the new base engine is listed as the 2.0-liter turbocharged four-cylinder. This replaces the naturally aspirated 2.5-liter four-cylinder at the bottom of the lineup.

There’s no explicit declaration on the 2.5-liter four-cylinder’s future in Chevy’s press release, but Car and Driver is reporting that the entry-level L trim is being dropped, thereby eliminating that engine option. The LT is the new base trim, and Chevy says the 2.0-liter turbo is that trim’s standard engine. That means the least powerful Blazer is now working with 228 horses and 258 pound-feet of torque — we’ll note that output is down a minuscule 2 horsepower this year, but torque remains the same. The old 2.5-liter only made 193 horsepower and 188 pound-feet of torque, which made it rather slow. You can still nab the 3.6-liter V6 in the 3LT or Premier if you want, and it’s standard in the RS. 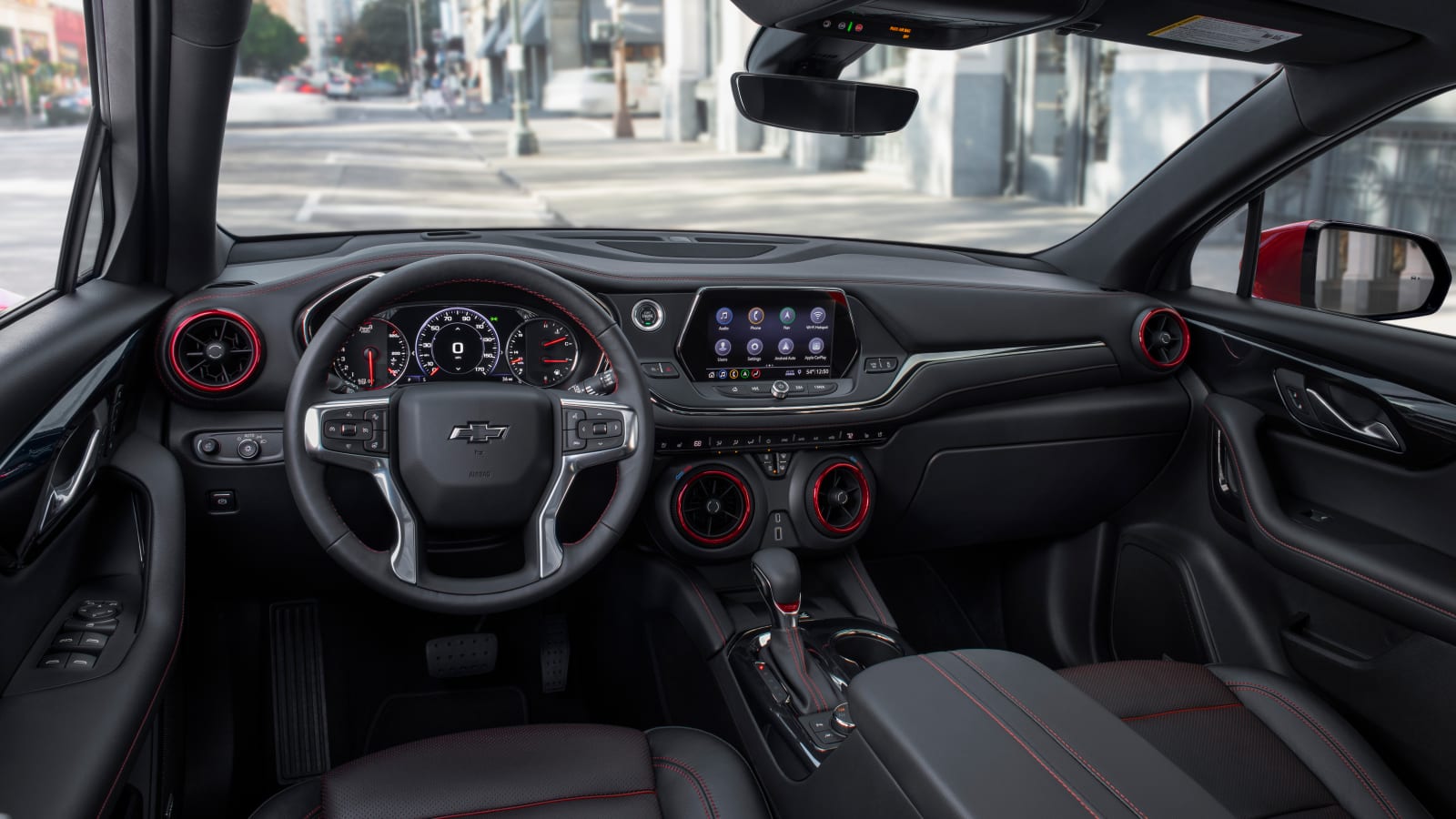 Other new items this year are appearance related. Both the LT and RS are available with two-tone roof options. The Premier gets new wheels and dark-painted trim for the front and rear fascias, rockers and wheel moldings. Two new colors join the list of possibles: Nitro Yellow Metallic and Blue Glow Metallic. We’re excited to see both of those vibrant shades hit the street, but we’ll have to wait for a preview, because Chevy hasn’t released photos yet. Beyond that, Chevy notes that the Trailering package will now be standard on all-wheel-drive 2.0-liter-turbo models — the same package will be optional with front-drive Blazers.

Pricing and availability isn’t out yet, but expect the base price to make a steep climb upward with the elimination of the L trim. The cheapest 2021 Blazer with the 2.0-liter-turbo starts at $34,595. That’s a $4,600 increase over the 2021 Blazer L, so we could see a base price increase in that neighborhood for the 2022 Blazer.