2022 Volkswagen Taos First Drive | Back where we started, but better

Li Auto expects to hit 10,000 cars per month in China in September

Say hello to the Bentley Bentayga S. It’s a performance-focused version of the Bentayga V8, meant for the buyer who wants better handling and sportier looks from their six-figure Bentley crossover.

Power remains the same at 542 horsepower and 568 pound-feet of torque from the 4.0-liter twin-turbo V8. However, the engine breathes out of a new sports exhaust system with freer flowing primary and secondary pipes. These new pipes and reduced perforations in the muffler make it louder and deliver “enhanced character” versus the standard Bentayga’s exhaust. Basically, the S is going to sound meaner on its way from 0-60 mph in 4.4 seconds.

The S will also handle better than a standard V8. Bentley’s 48-volt-powered active roll technology is fitted as standard (previously optional), and there’s a new “Sport” mode you can slot the car into. Bentley says this Sport mode offers improved steering feel, greater turn-in response and a special stability control tune. Plus, it takes advantage of the revised air suspension that Bentley modified for an additional 15% increase in damping stiffness. Bolstering handling further is a recalibration of the torque vectoring system to sharpen turn-in even more than before. If you still want to take your Bentayga off-road, Bentley says you’ll be allowed to option the All-Terrain Specification on the S to get the six available off-road modes and a certified 19.6-inch wading depth. 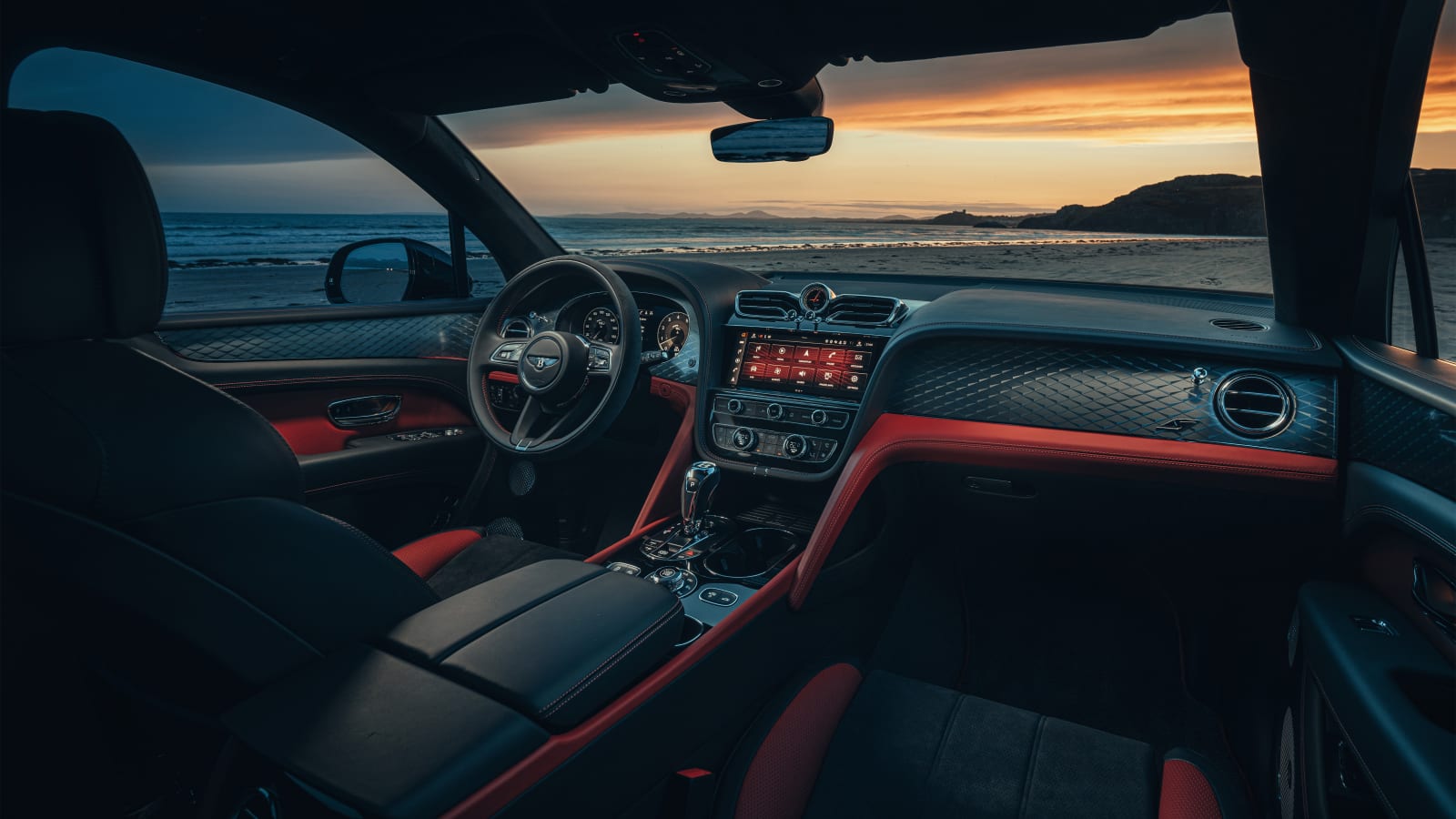 Bentley did plenty to visually differentiate the S from the other Bentaygas, too. All of the exterior chrome and brightwork is blacked out. That means you get black mirrors, door sills, dark tint to the headlights/taillights, gloss black lower bumper grilles and black-painted exhaust tips. A unique, larger rear spoiler is fitted, and so are unique 22-inch wheels. You can get the new wheel design in gloss black, “black and bright” and silver.

The interior is Alcantara-heavy. Bentley uses it for the seat cushions, backrest center panels, gear lever, steering wheel, upper trim and headliner. It’s also sporting a new seat design that Bentley calls the “fluted seat.” It’s meant to be clean, simple and sporting — you can spec the Bentayga S in either four-, five- or seven-seat configurations. The seat backrests themselves are finished with an embroidered S. You’ll find S badging on both the dashboard and illuminated sill plates, too. Bentley borrowed from the W12 Speed in creating the digital instrument cluster’s design that is meant to resemble high-end chronographs.