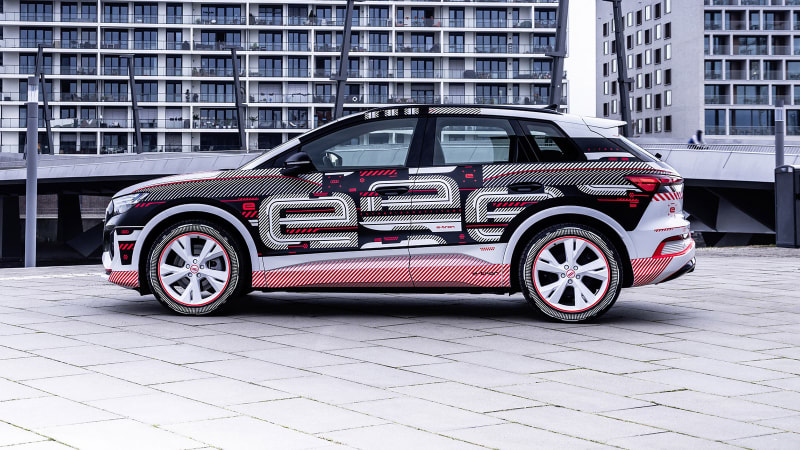 Audi announced it will fill the gap between the upcoming Q4 E-Tron and the E-Tron already in showrooms with a model called Q6 E-Tron. Due out in 2022, the crossover will share its underpinnings with the next Porsche Macan.

Company boss Markus Duesmann confirmed that the Q6 E-Tron is a little over a year from making its global debut during the annual general meeting that Audi held this month in its home town of Ingolstadt, Germany. He stopped short of telling attendees what the model will look like, though the Macan connection gives us a decent idea of what to expect in terms of dimensions. Audi will position the Q6 E-Tron as electric alternative to the Q5.

Don’t let the common bones (and some of the inaccurate reports floating around the web) fool you: the Q6 E-Tron will not be merely a re-badged Macan. It will ride on the Premium Platform Electric (PPE) architecture that Audi and Porsche co-developed to underpin a range of relatively big luxury EVs. Like the Taycan and the Taycan Cross Turismo, both crossovers will feature 800-volt technology that promises to significantly reduce charging times.

We’ll learn more about the Q6 E-Tron during the second half of 2021, and Audi will unveil the model in 2022. When it lands, it will join the Q4 E-Tron (pictured), the E-Tron GT, and both variants of the E-Tron in the firm’s EV portfolio.

Porsche will introduce the second-generation Macan in 2022, meaning it might land in American showrooms for the 2023 model year. Earlier spy shots suggest the crossover will wear an even more rakish roof line than the current model, and a front end loosely inspired by the Taycan. Motorists not interested in going electric won’t be out of luck — at least not yet. Porsche stressed that it will sell both versions of the Macan concurrently in some markets.