BIRMINGHAM, Mich. — Darkness has finally settled well after 9 o’clock as I make my way up Woodward Avenue. Michigan’s springs are long with cool mornings, hot days and plenty of daylight. The 2022 Volkswagen Golf GTI stands out a little during my evening run, catching a few stares as I roll to a stop in some of Michigan’s tonier suburbs where expensive cars are the norm. Some attention, but nothing crazy. The GTI is still a VW Golf, albeit one with cool wheels, LED lights and a throaty engine note. Heading north on Woodward, I work the gears, leveling off in sixth to cruise at 50 mph. Surreptitiously, another Golf creeps into my blindspot. The driver lingers, probably a bit startled to see the Mk 8 GTI on public roads. He or she knows what they are looking at, I surmise, and is willing to stalk a fellow driver for a better look.

I jam on the brakes — the GTI’s return excellent bite with solid feel through the pedal — and slow down, amused rather than bothered. The episode reminds me why VW still bets on the GTI in the United States when the basic Golf no longer pulls its own weight. The GTI is the enthusiast machine for Volkswagen, and it’s a durable halo that carries on with a new generation alongside its Golf R sibling.

While the Golf R has its attributes, like all-wheel drive and more power, the GTI holds a special place going back to the first generation that launched in Europe in 1976 and landed in the United States in ‘83. The GTI is lighter, less ostentatious and captures VW’s unique combination of sportiness and whimsy. There are other fun-to-drive hatches, but how many can you get with plaid seats? 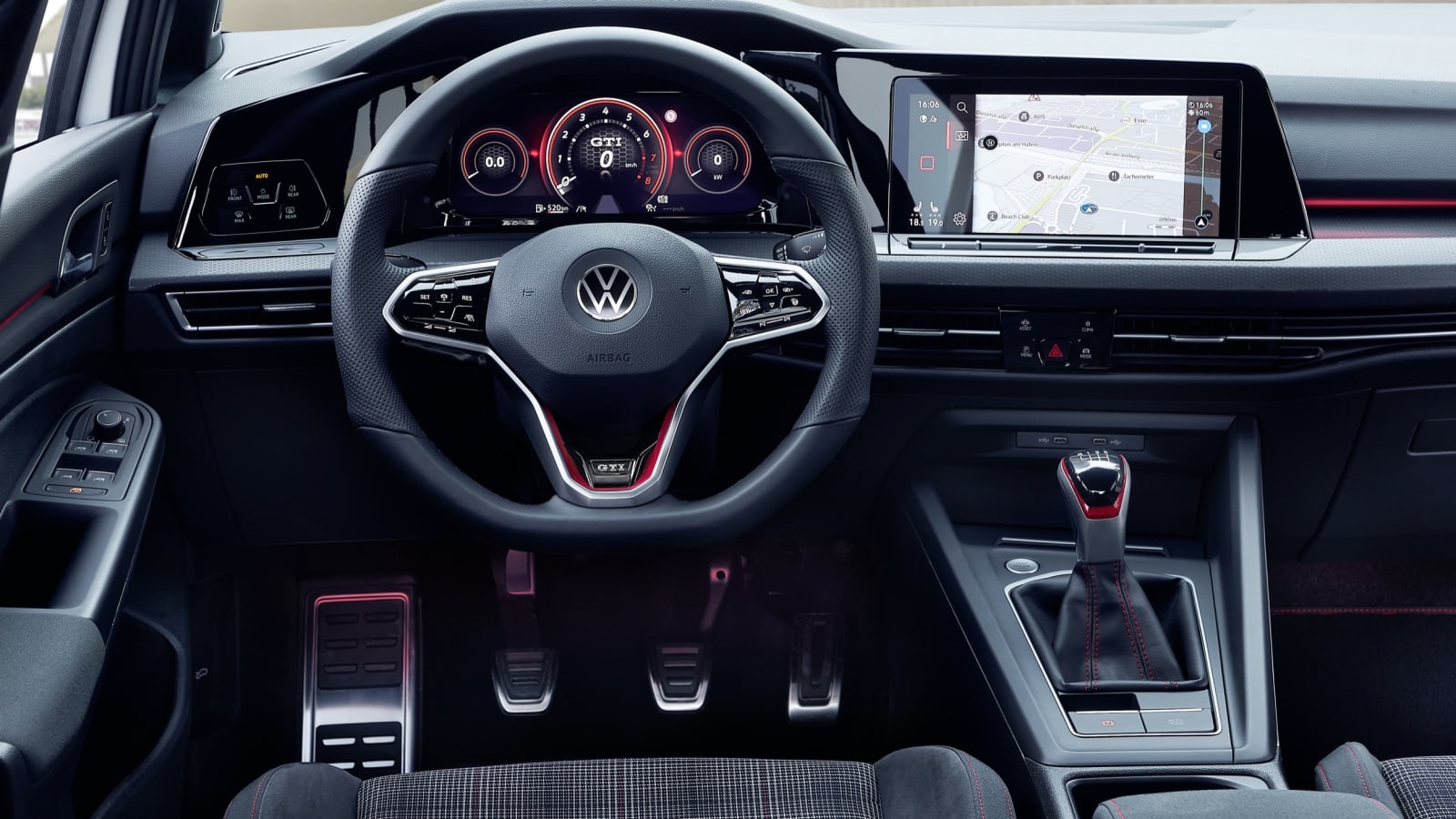 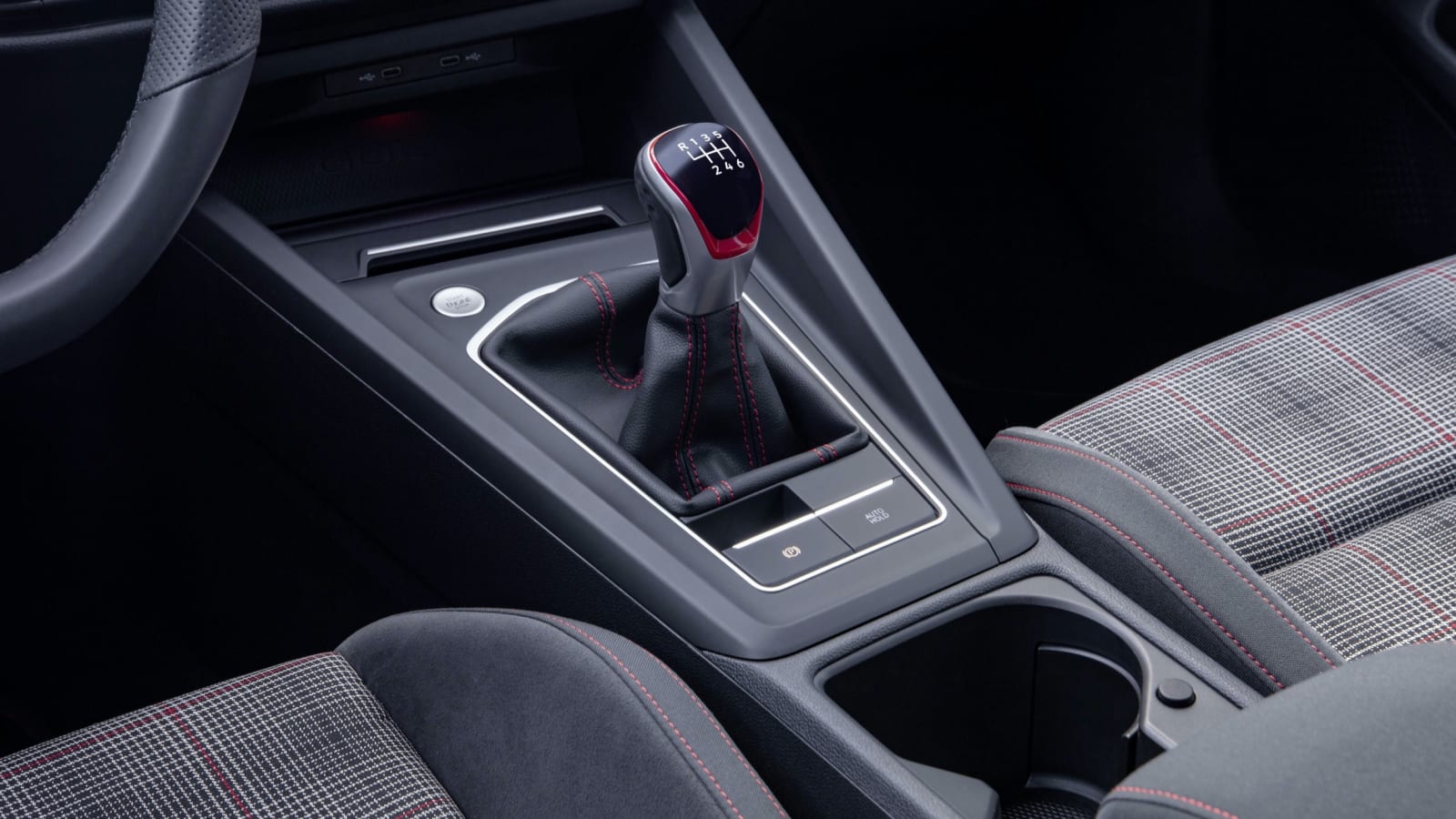 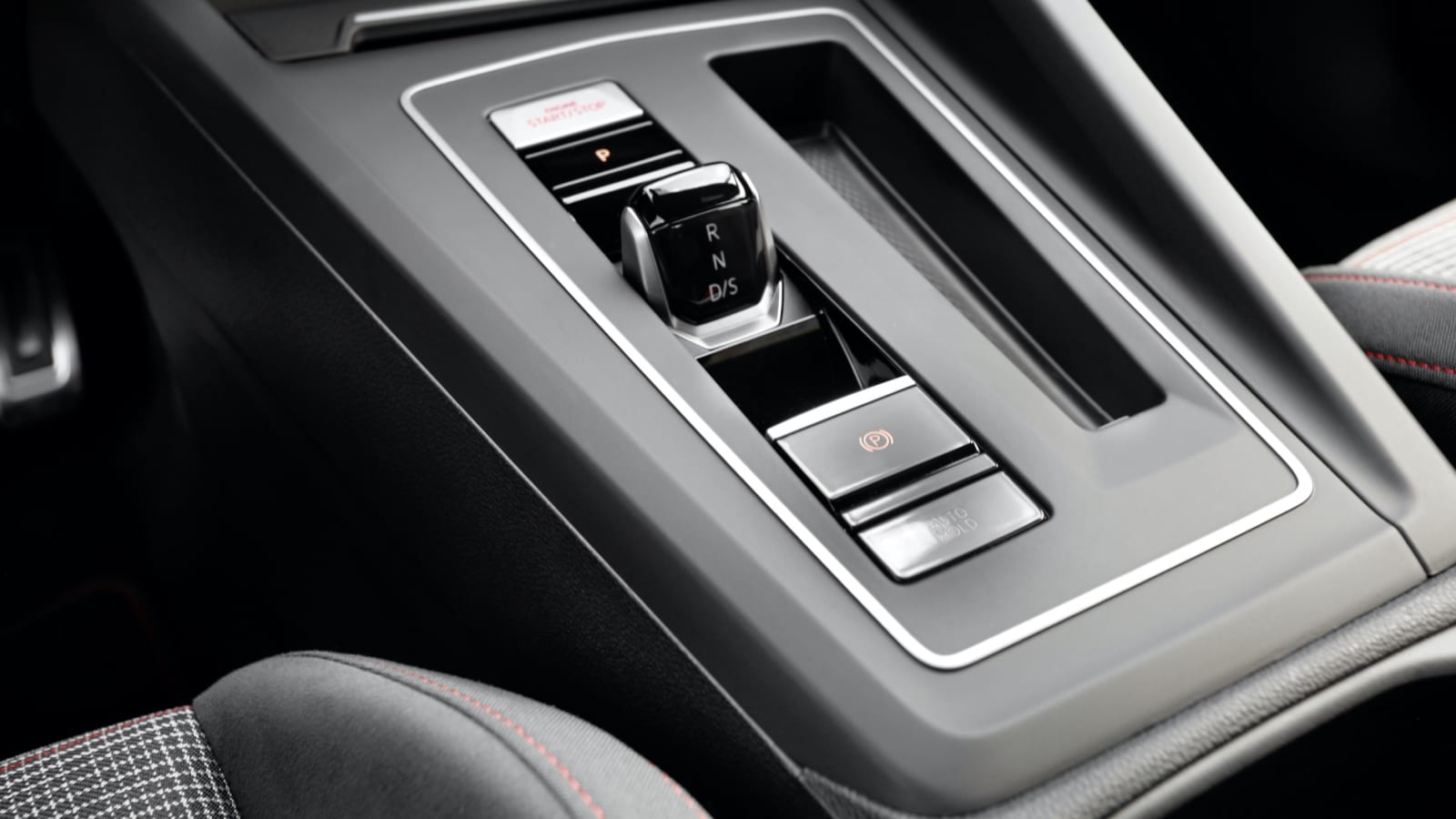 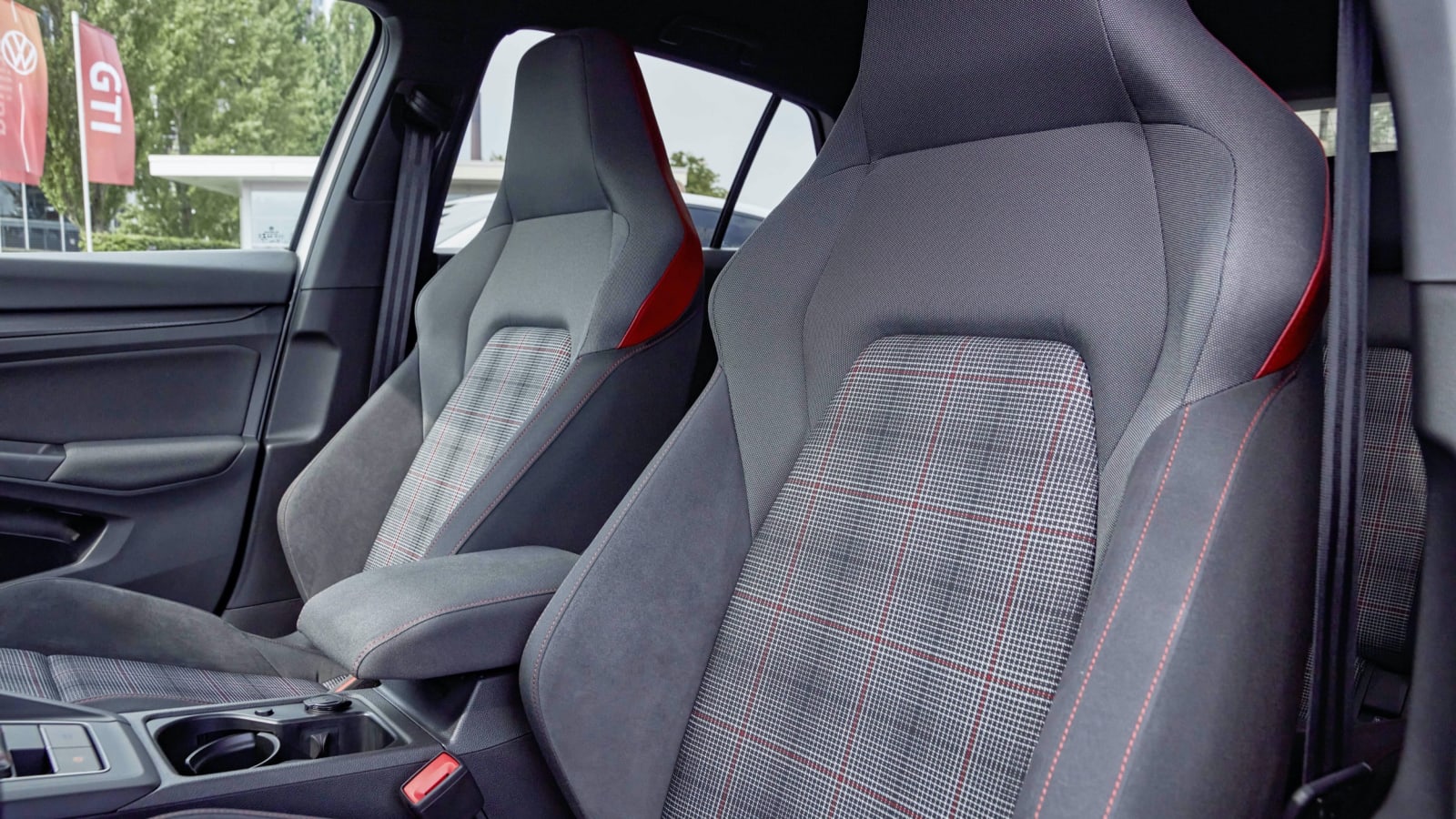 Yes, the 2022 Golf GTI is straight out of central casting, though it’s enhanced for the digital age. The dual gauges in front of the driver are replaced with a screen. To the right is an easy-to-use 10-inch touchscreen (an upgrade over the standard 8.25-inch). There’s a whiff of the ID.4’s forward-looking feel, though the large steering wheel with perforated grips reminds me that this is still an analogue driving experience. The tall shifter with a red accenting underscores that notion, though the GTI does offer a seven-speed dual-clutch transmission. The take rate is currently 40-percent manual. The GTI also gets a torque-sensing limited slip differential standard for 2022.

Once comfortable, I note the interior’s minimalist style with dark gray and black surfaces interrupted by the longitudinal vents, subtle trim and ambient lighting. In a base Golf, it would be a little grim, but with GTI flourishes, the cabin presents smartly. The visibility is solid, and the seats are supportive with light bolstering. It’s a proper setting to drive yet with a degree of comfort.

From the curb, it looks like the GTI. This one is done up in a vivid shade called King’s Red Metallic, which is naturally attention getting. The Mk 8 GTI’s design changes give it a sharper look up front, where the headlights are thinner and the lower air intake is wider and integrated with the foglights. The signature red strip runs horizontally, now reinforced by LEDs and the entire look is fresher and more premium. VW is moving away from chrome to lights for accenting its designs, and the technique works for the GTI. In back, chrome dual exhaust tips are a subtle reminder this isn’t a typical hatch. This model rolls on 19-inch wheels. VW is offering a new wheel design for the new generation of GTI, and the swirly appearance is contemporary, complete with red calipers peeking out. 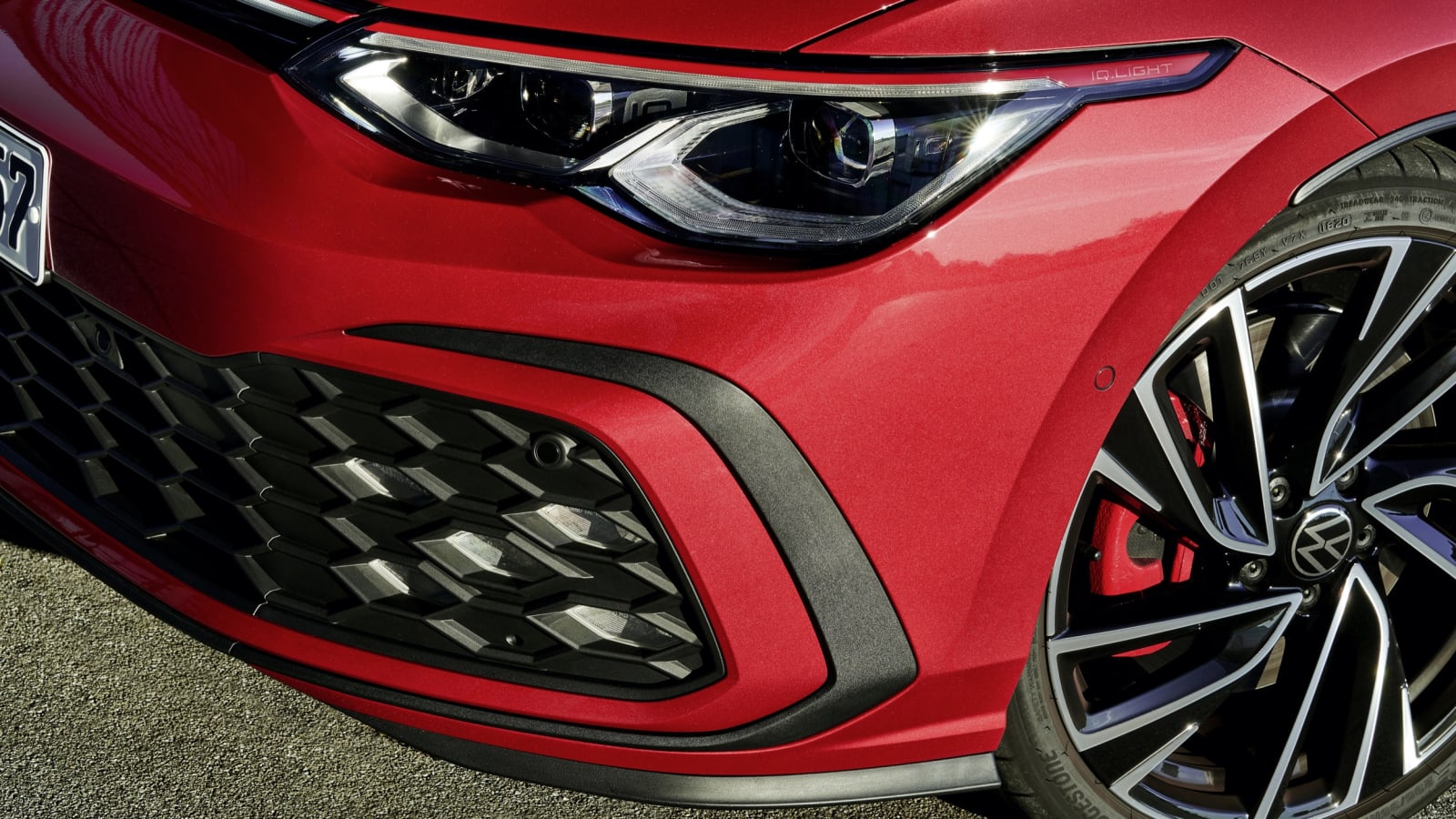 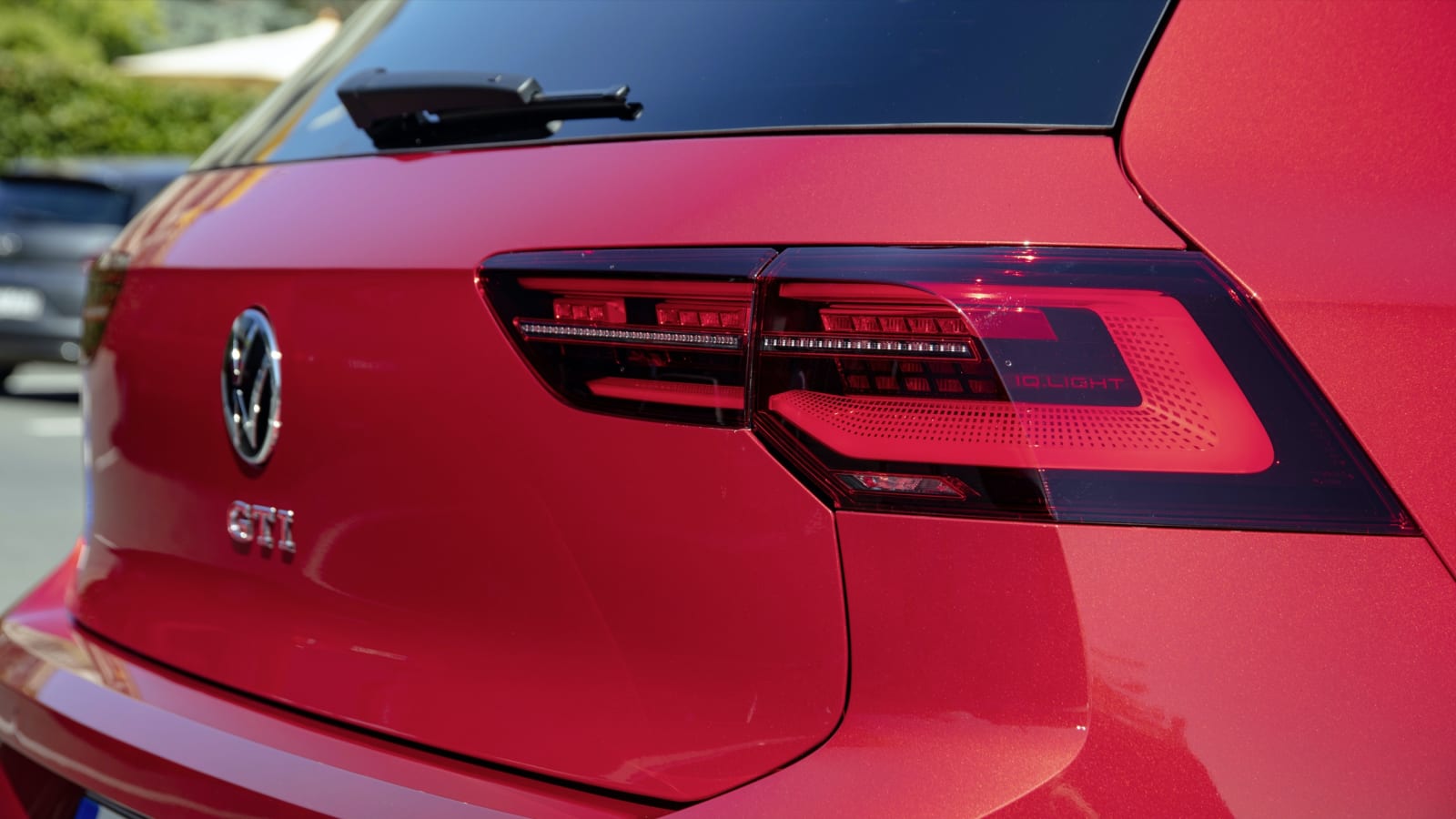 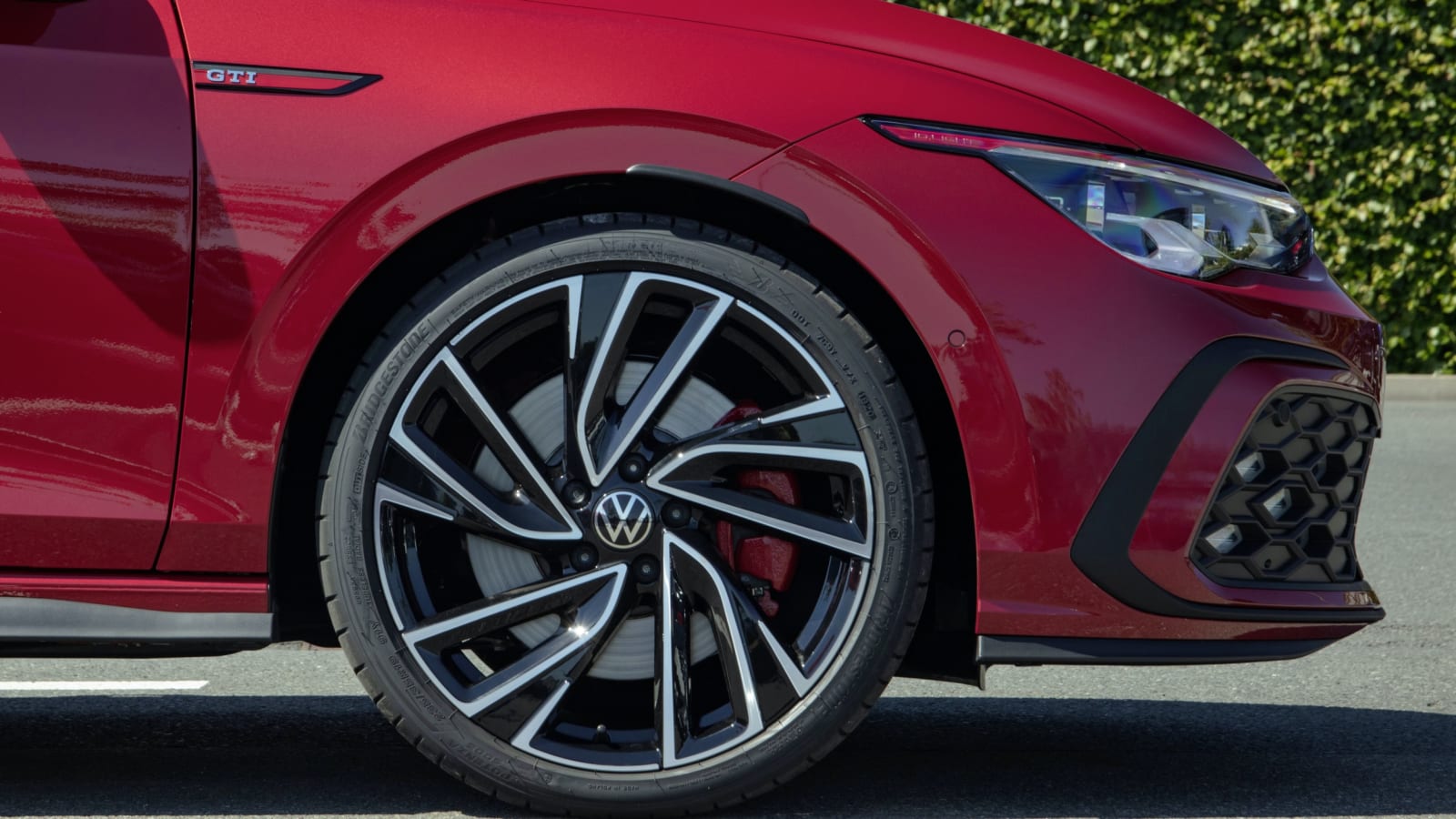 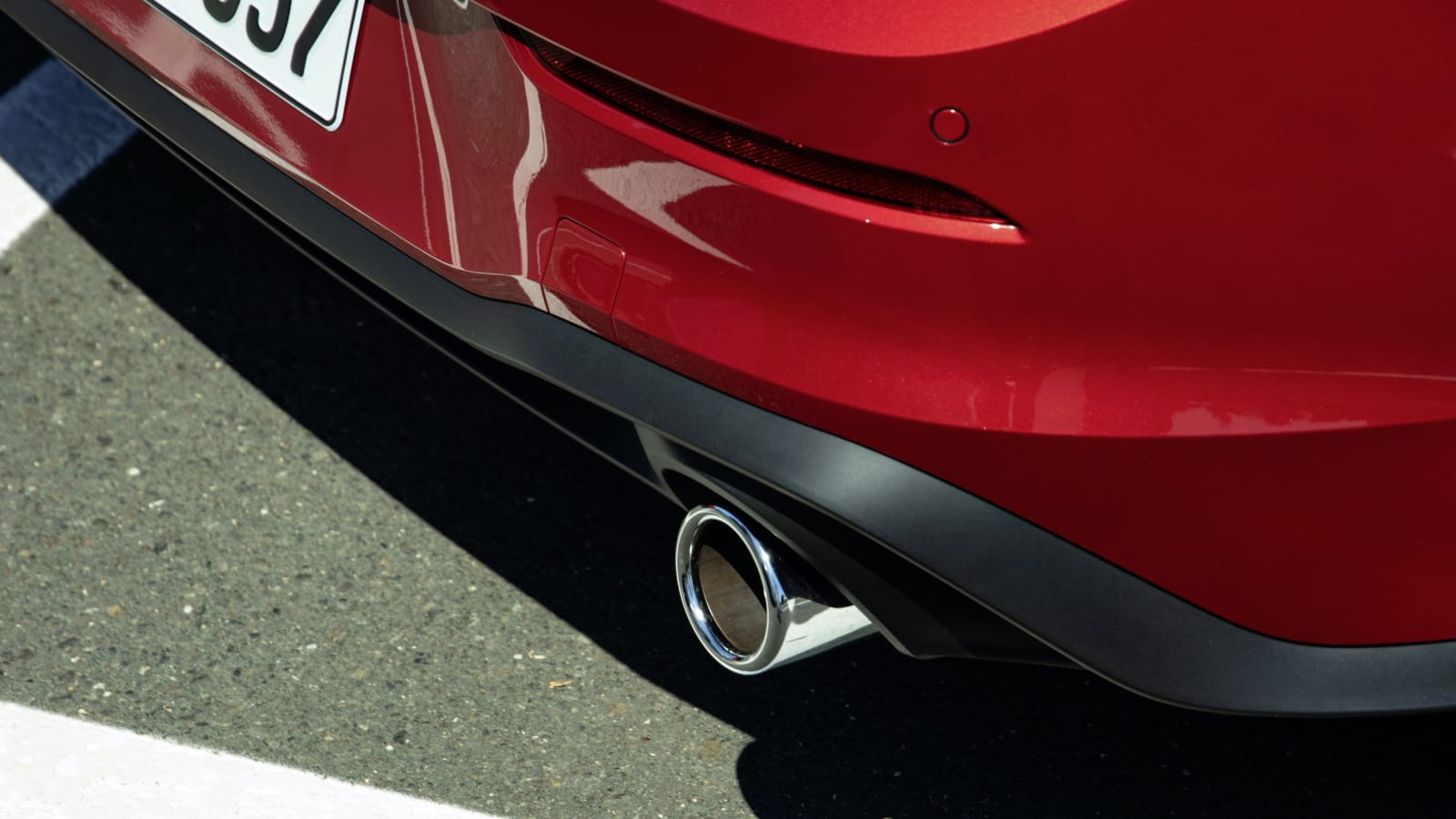 The essence of the GTI is not gonzo power or wrist-breaking shifts while sitting a whisker off the ground. Rather, the GTI takes the sprightly Golf chassis and adds enough to make it engaging for enthusiasts to drive every day. That’s why well into the night I find myself rolling around suburbia with the windows down and pleasant air breezing through the cabin. The six-speed manual has a solid clutch engagement and the throws are of medium length and satisfying. The updated turbocharged, direct-injection 2.0-liter four-cylinder gains 13 horsepower to 241 hp and torque is up 15 to 273 lb-ft. Called EA888 TSI in VW parlance, the engine makes top output between 1,600 and 4,300 rpm, enabling a sprint to 60 mph in an estimated 5.4 seconds. It’s a hoot to take that kind of performance, shifted manually and put it to the ground via a front-wheel drive. Torque steer, anyone? It’s an experience that’s nearly extinct, and adds an edge to the GTI’s demeanor.

The Mk 8 GTI goes on sale this fall in the US, and I tested a European-spec version brought here as a preview. It’s essentially the hatch consumers will buy and this one is closest to the SE trim with adaptive damping. Though final US specs haven’t been announced yet, this one would have an MSRP around $38,000. 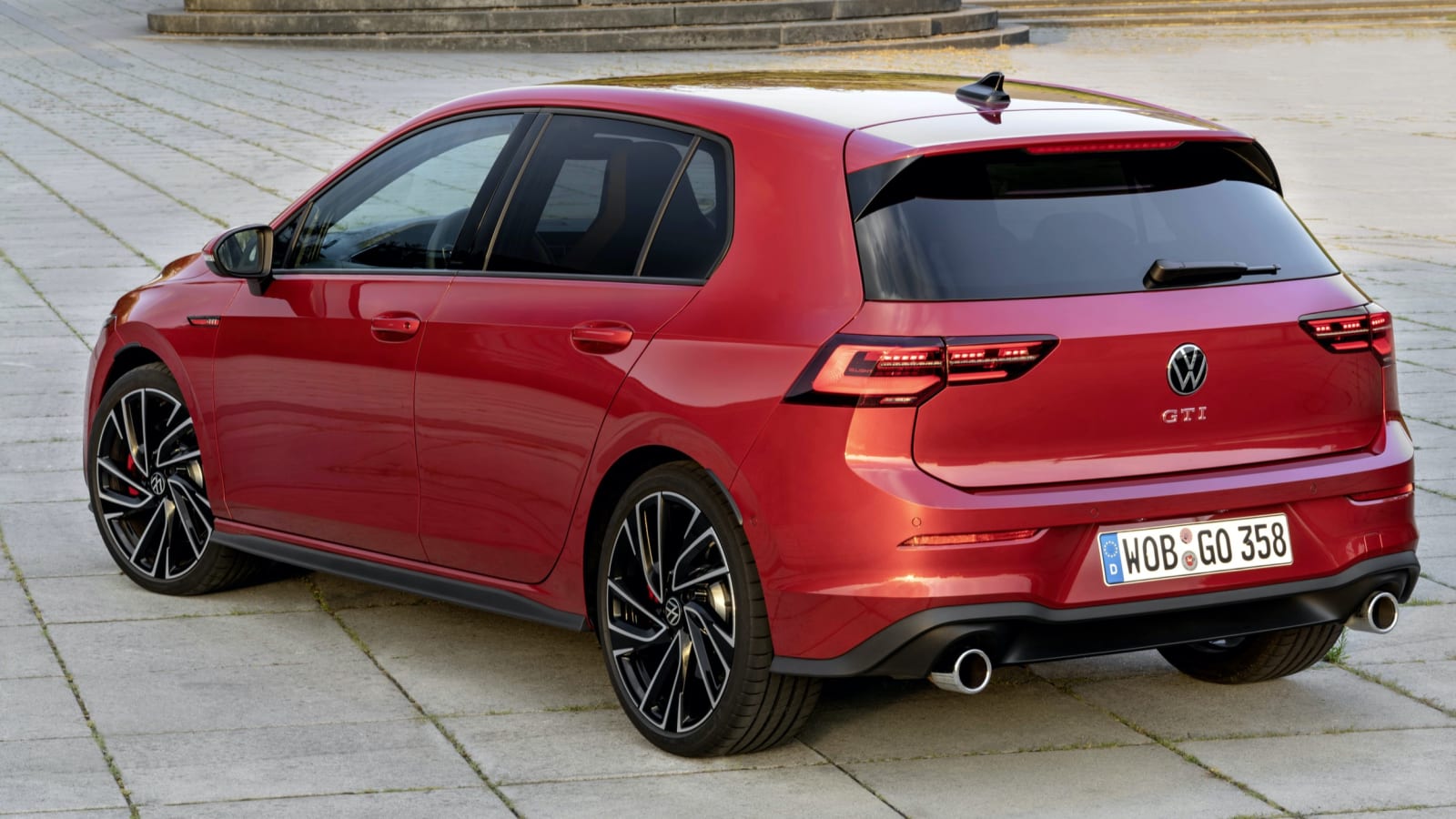 Interestingly, that’s about the average cost of a new vehicle in the United States, and there’s a myriad of choices for the consumer at that price point. Enthusiasts will consider that a reasonable price for a thrill ride that can also be used on daily basis. While it’s regrettable there’s no longer a place in America for a smart handling German hatch like the Golf, it’s heartening that the GTI endures, even as its niche grows smaller.