The Arese RH95 starts life as a Ferrari 488 Pista, but its design is far from what originally came out of Maranello. Its RH95 name references the company’s 95 years of coachbuilding from Touring. The Disco Volante and its design philosophy was translated to a mid-engine body style — Touring calls it the “AERO range.”

“Arese RH95 reflects the stylistic features of the entire AERO line in its many distinctive elements, and the cinematic openings of the exterior panels adds theatricality to a car that is art and design in motion,” says Louis de Fabribeckers, director of the Touring Style Centre.

Touring calls its rear clamshell the car’s “zenith.” There’s a dorsal scoop proudly sticking up to force air into the engine. You won’t find any lines or trunk openings to ruin the flowing lines. More air intakes can be seen at the car’ shoulders, and the car from an aerial perspective echoes the styling of the Alfa 33 Stradale. 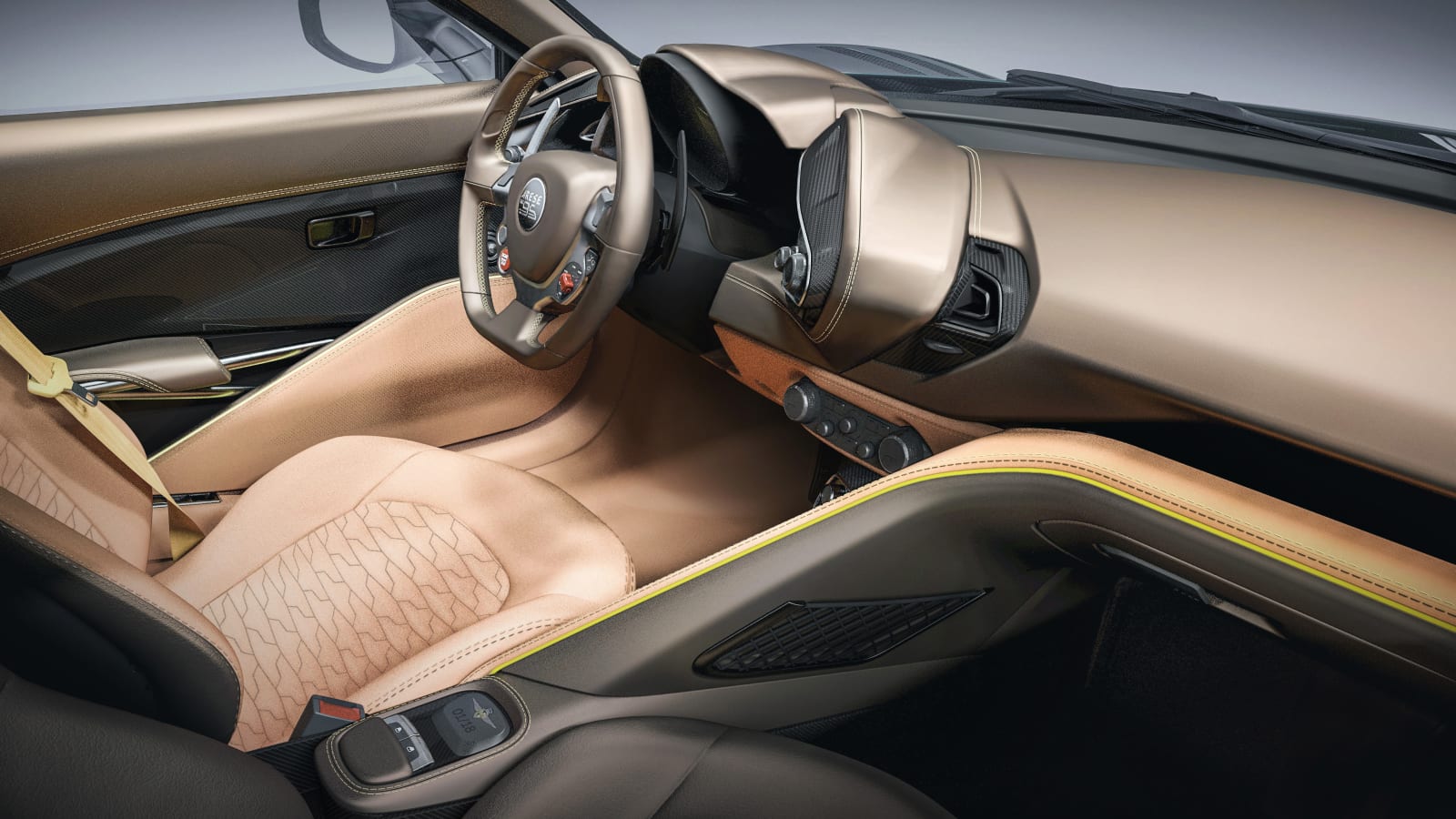 The scissor doors are exotic pieces of art, and they reveal a gorgeous interior. You can essentially have whatever you’d like on the inside, but the reveal car is resplendent in caramel and cocoa colors throughout. Touring applies its own touches here, just as it does with the exterior. Take a good look, and it’s difficult to find anything that looks carried over from the donor 488. Touring is also using its first foray into mid-engine cars to delve deeper into the use of carbon fiber, as it’s used extensively for the car’s body panels.

The powertrain of the 488 Pista is what you get here, so that means the twin-turbo V8 is still making 710 horsepower that is sent through a seven-speed dual-clutch transmission. Acceleration from 0-62 mph is done in 3.0 seconds, and its top speed is 211 mph.

There is no price listed, because if you must ask, you certainly cannot afford it. Touring says a price is available for clients who request it. If you do commission one of the 18 cars Touring claims it will make, the car will be completed six months after Touring receives the donor car. All the parts manufactured by Touring come with a two-year/unlimited mileage warranty, and any replacement parts you may need are guaranteed for life.