UFC fighter gets Tesla after calling out CEO Musk

How Ford burned $12 billion in Brazil

The Ford F-150 Lightning is back, but unlike its namesake, it packs real electricity. Also unlike its predecessor, it’s available in a rather wide array of trim levels from bare-bones work truck to plush luxury hauler. As such, we wanted to highlight what each trim comes with and what’s available for them. While full pricing isn’t available yet, we have information on base trim pricing and most of the major features. We will update this page with more information as it becomes available. If you’re looking to reserve one, here’s how to do that.

The cheapest way to get into a Lightning is with the as-yet unnamed base trim level. Although Ford will be marketing it mainly to commercial and fleet buyers, individual retail buyers can buy one for personal use. The reason you might want to is that it’s shockingly (no pun intended) affordable with a base price of $39,974 before incentives and without the destination charge, since the charge has not been revealed. Ford hasn’t revealed any other details about this trim either, choosing to withhold that information for later when it talks more about fleet options. 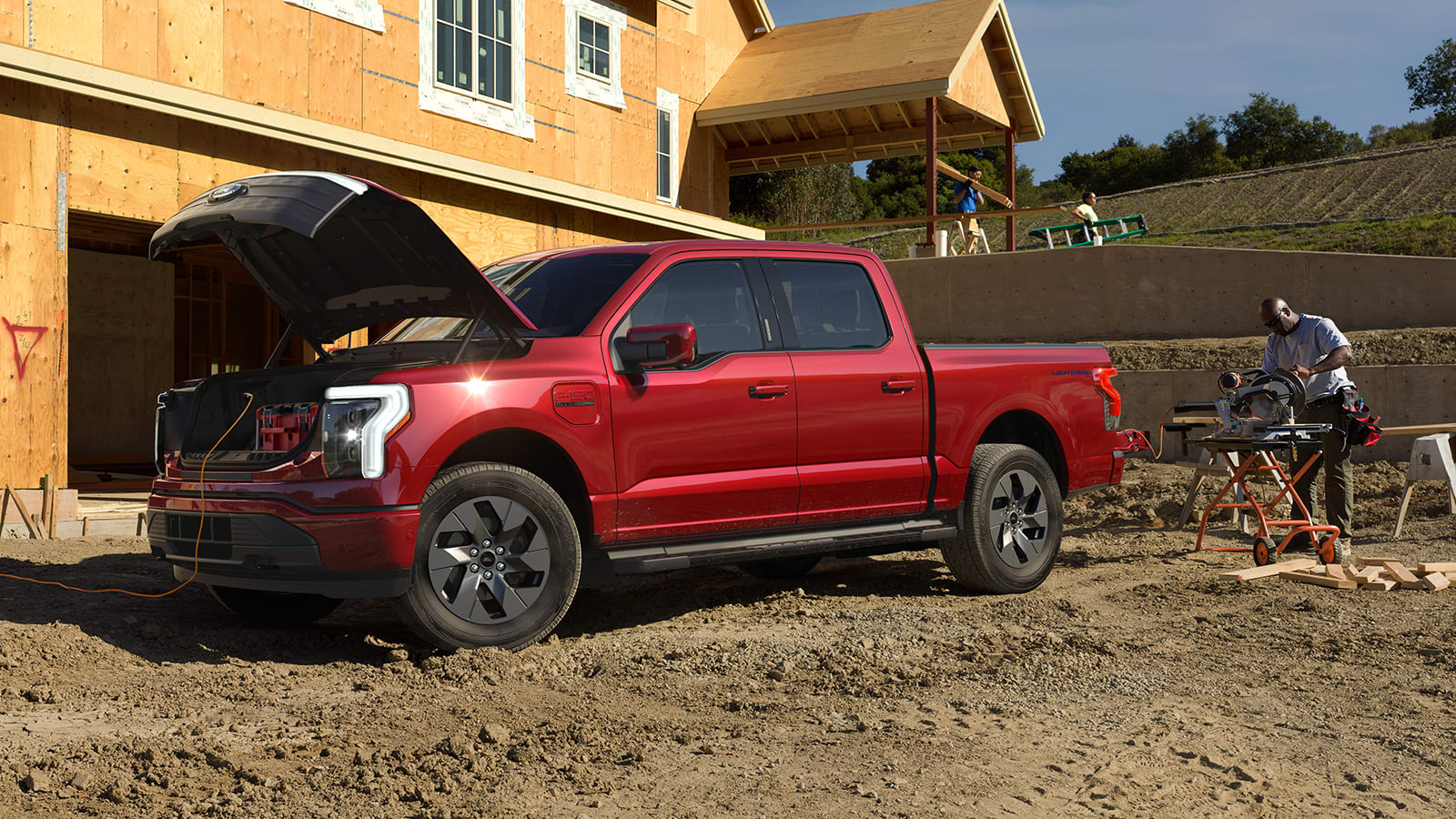 Probably more popular than the base trim will be the XLT, which starts at $52,974 before tax incentives and without the destination charge. First and foremost, it comes standard with the 230-mile-range battery pack and dual electric motors providing all-wheel drive and 426 horsepower. Available as an option is the 300-mile-range battery and 563-horsepower dual motors.

On the outside, it gets 18-inch alloy wheels, LED headlights and taillights, running boards, Class IV tow hitch, power hood and lift-assist tailgate. A power-lowering tailgate, 20-inch wheels and bed lighting are options.

Inside, the only screen combination available is the 12-inch instrument display and 12-inch infotainment screen. It comes with Apple CarPlay and Android Auto, navigation and a 360-degree camera. The seats are cloth-only with eight-way power adjustment on both front seats. The driver gets power lumbar adjustment while the passenger gets manual. Heated seats are an option.

Among the special convenience and safety features is the 2.4-kW Pro Power Onboard system that can power various appliances through the six 120-volt outlets found throughout the truck. It can be upgraded to the 9.6-kW version that adds a 240-volt outlet in the bed. Automatic emergency braking, blind-spot monitoring, rear cross-traffic alert, lane-keep assist and automatic high-beam headlights are all standard. Buyers can further add rain-sensing wipers, adaptive cruise control and lane-centering. The available tow packages that include cameras, steering assist, trailer-brake controller and on-board scales are optional. 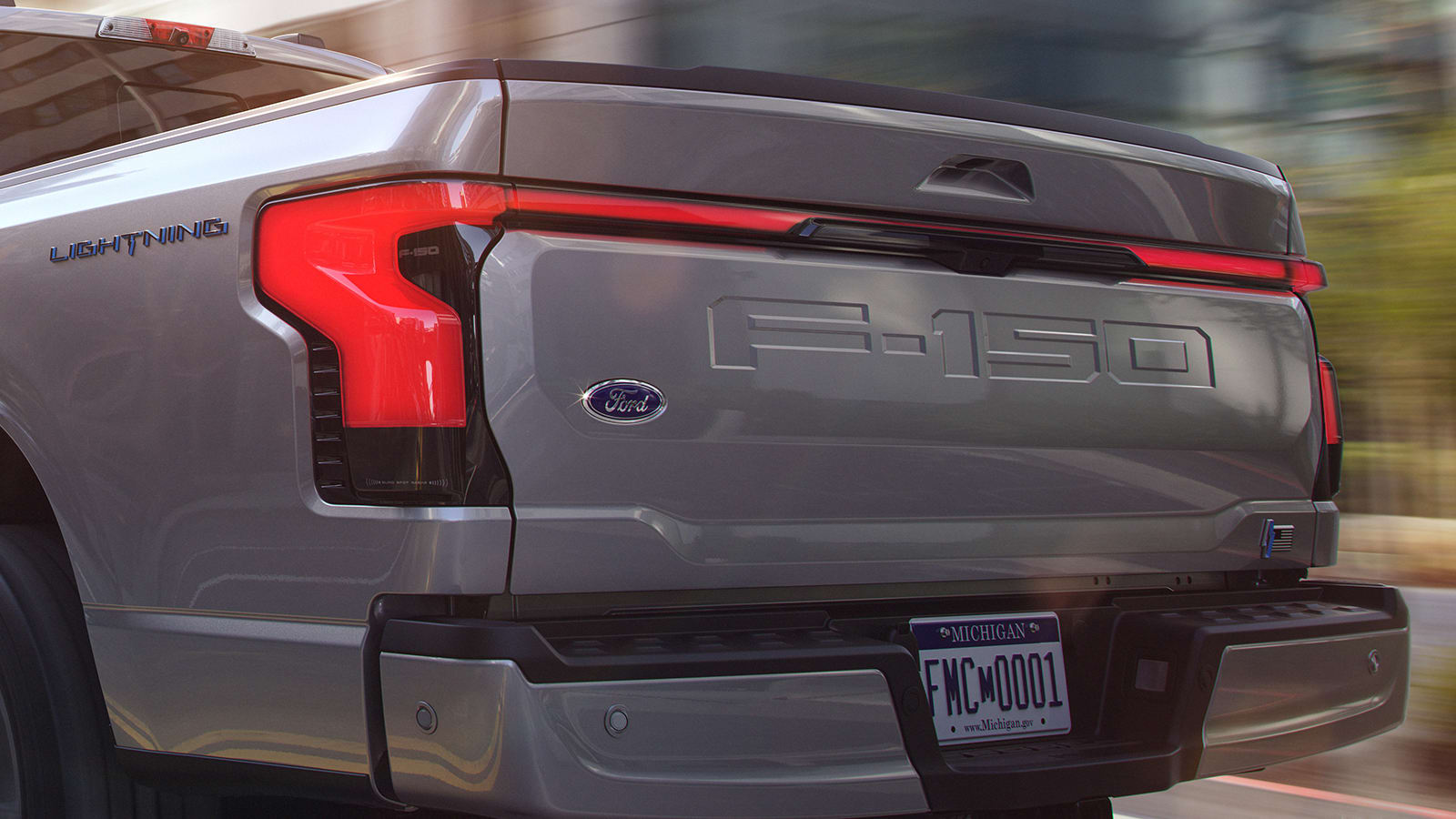 The pricing for the Lariat and hasn’t been announced yet, but expect a sizable price jump over the XLT. The Lariat gets the same powertrain selection as the XLT, coming standard with the shorter-range battery and 426-horsepower powertrain, with the bigger battery and more powerful powertrain available as an option.

You’ll know you’re looking at what’s at least a Lariat due to the inclusion of special LED accent lights on the tailgate. It also picks up 20-inch alloy wheels. The LED bed lights are also standard as are the power lowering and lifting tailgate. Power running boards are an option.

The interior gets a big upgrade with a 15-inch infotainment screen, a Bang & Olufsen sound system with eight speakers and a subwoofer, 10-way power adjustable leather seats with heating and ventilation, seat memory on the driver’s seat. The only interior option is the Phone as a Key system (Ford’s official name, by the way).

Every single safety and power feature mentioned as standard and optional for the XLT is included as standard on the Lariat. The only exceptions are the tow packages, which are still optional, as well as the BlueCruise hands-free driver assist system. 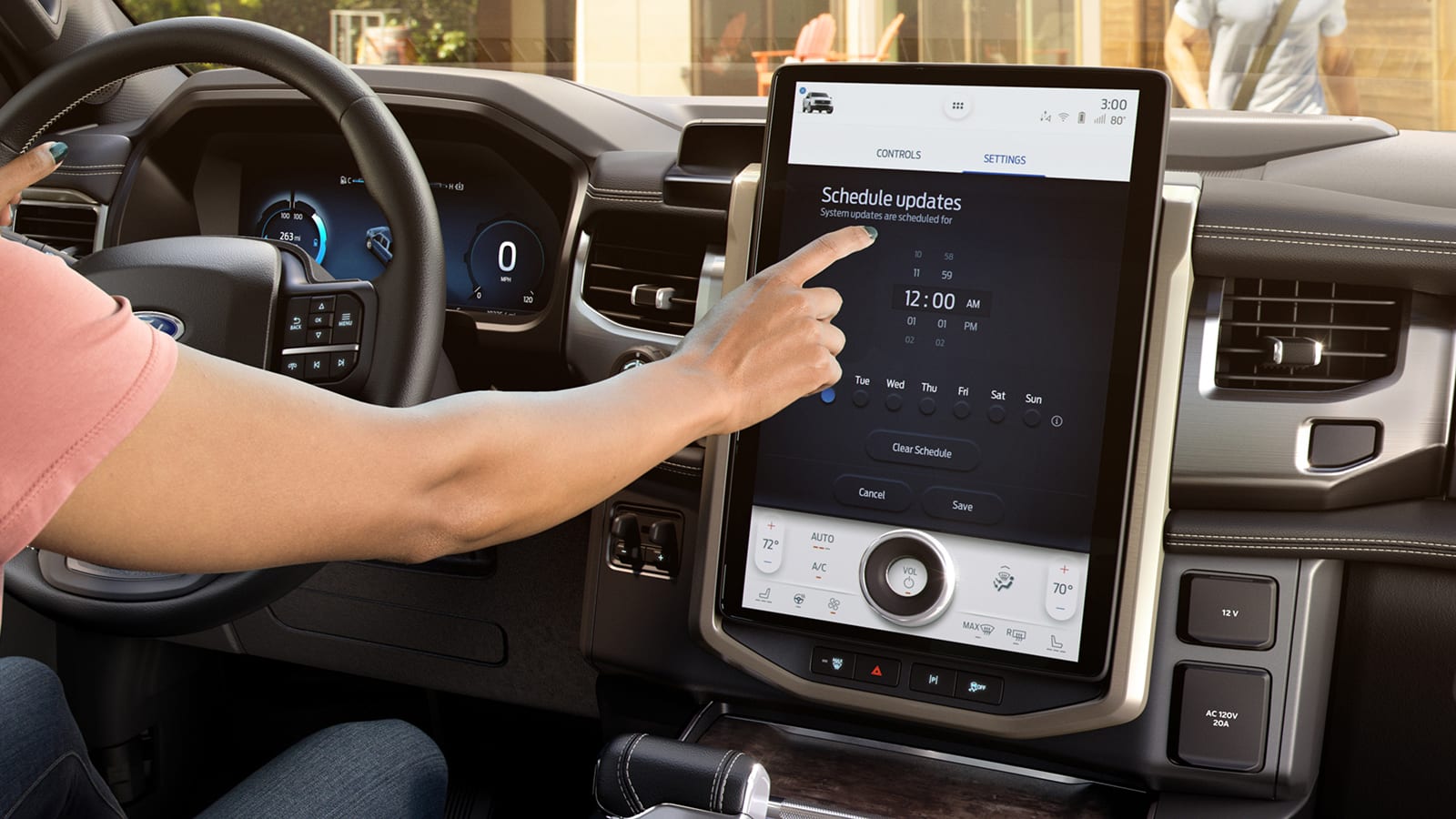 Topping off the Lightning range is the Platinum. It comes only with the big battery and 563-horsepower powertrain. It has most of the same exterior features as the Lariat, but it gets flashy 22-inch machined aluminum wheels. Power running boards are still an option.

The Platinum furnishes its interior with a few exclusive upgrades. The seats now have fancier leather and massage functioning, the Bang & Olufsen sound system has 18 speakers plus a subwoofer, and Phone as a Key is standard. The sole option is the fully reclining front seat.

And of course, every safety, power, towing and convenience feature is included on the Platinum. That even includes the hands-free BlueCruise system. It starts at $90,474.