There was one glaring problem with the Lexus LS 500 prior to this year’s refresh: the Remote Touch infotainment system. To put it simply, it was a nightmare to use and a potential deal breaker. As it does in other Lexus products, Remote Touch featured a large display controlled by a laptop-like touchpad that was difficult and distracting to use. Lexus has surely tired of hearing the complaints from reviewers and customers alike, and for 2021, there’s a touchscreen. Hurrah!

That’s clearly the biggest update for the 2021 Lexus LS 500, but the four-door flagship is treated to a number of other improvements for its mid-cycle freshening as well. Considering the totally new Mercedes-Benz S-Class is bearing down in the Lexus’ rearview mirror, it’s smart timing. Lexus allowed us to live with both the 2020 and 2021 LS 500s for a couple days to ensure we’d notice every last difference between them.

It takes a sharp eye to see what designers have massaged on the exterior. Look closely, and you’ll notice the snazzy Z-shaped headlight fixtures have lost the Z. It’s a cleaner design, but does subtract from their flashiness. The big spindle grille is present and accounted for — Lexus applies a darker finish to it this year. It’s still as shouty and in-your-face as it gets for a car in this class, which isn’t easy considering the 7 Series’ new snout.

Lexus had to redesign the dash for the touchscreen to be reachable. The large 12.3-inch widescreen that was shoved way back and nestled under a hood in the previous two-tiered dash design has been pulled way out to stand on its own in tablet-like fashion for 2021. The illuminated graphic panel that was adjacent to the infotainment screen is gone. The look is ultimately less integrated and harmonious, but at least it’s usable now.

Improving how the LS 500 drives was also on Lexus’ to-do list with this update. It’s still powered by a 3.5-liter twin-turbo V6, but Lexus is using a new piston design that makes the engine quieter when cold. The wastegate control was updated to improve both performance and efficiency, and the 10-speed automatic’s shift logic was re-calibrated to be smarter when the driver asks for power. Even with the changes, output is unchanged at 416 horsepower and 442 pound-feet of torque. That’s enough to get our rear-drive LS 500 F Sport from 0-60 mph in just 4.6 seconds, all while leaving a long patch of rubber in our wake. Plenty fun, but it’s not what the LS is about.

The more vital mechanical changes for 2021 are found in the suspension. Both spring and damper rates are revised to aid ride comfort; the anti-roll bars are bigger to reduce body roll, and both front and rear liquid-filled bushings are larger for a plusher ride. The difference in ride comfort is immediately noticeable on the road. Where the 2020 LS 500 exhibits some jittery behavior, the 2021 model completely smooths the unevenness out. The 2020 F Sport’s ride feels unnaturally sporty in comparison. It’s as if Lexus remembered it was building an LS and not a sport sedan for 2021. Pockmarked city streets deliver softer blows to the cabin, and highway expansion joints are less harsh. The 2021 Lexus LS (even the F Sport model with the $7,800 Dynamic Handling Package) rides like an LS should: comfort and isolation, above all else.

Similar to the 7 Series and S-Class, though, the LS 500 with all those handling goodies is far better than you’d expect on a twisty section of tarmac. Its rear-wheel-steering system makes turn-in sharp, and the bigger F Sport brakes scrub speed in a hurry. Lexus disguises its 4,916-pound weight well. We didn’t notice much difference in handling performance versus the 2020, which is good considering the car rides significantly better this year. The biggest letdown is transmission tuning. Even with the LS in Sport Plus mode, it’s hopelessly confused when you ask it to be sporty, leaving you in far too high a gear on corner exit, only to finally slam it back into low gear as you’re getting ready to brake for the next corner. But hey, if you’re driving your Lexus LS 500 like a sports car, what the hell are you doing? Use the halfway decent and responsive paddle shifters if you must.

What you should be far more concerned about is how comfy your arms, legs and buttocks are. Our verdict? Exceedingly comfortable. Lexus says it added more padding to the armrests and seat cushions, but our pointy elbows and butts couldn’t be the wiser. The driving position and comfort level was top-shelf before, and it’s the same for 2021. What is appreciated is a physical shortcut switch to display the seat temperature and steering wheel heater controls on the screen (just another of the many Remote Touch annoyances from before). Actual buttons for those items would’ve been better, but at least the process to turn on your heated seat is just two easy clicks away instead of two clicks, two errant swipes, one accurate swipe, two errant swipes and one last accurate swipe.

The new touchscreen isn’t without its faults, though. When using the native Lexus system apps, it doesn’t register swipes, only taps. That means the only way to “swipe” through menus is by touching the little arrows on the top or bottom of the menu screens. If you do try and swipe around the screen as you would any other car’s infotainment system or your phone, it simply selects the first item your finger touches. Apple CarPlay and Android Auto both allow you to swipe about as you would normally, yet none of the Lexus systems do. Annoying.

Despite this, we still prefer having a touchscreen. Lexus still includes its Remote Touch control pad as a redundant interface, but its only useful feature is its back button. The redundant control knobs found in numerous touchscreen-equipped luxury cars serve a purpose by being better suited to certain tasks like scrolling through radio stations or contacts, but that’s not the case with the Lexus touchpad. 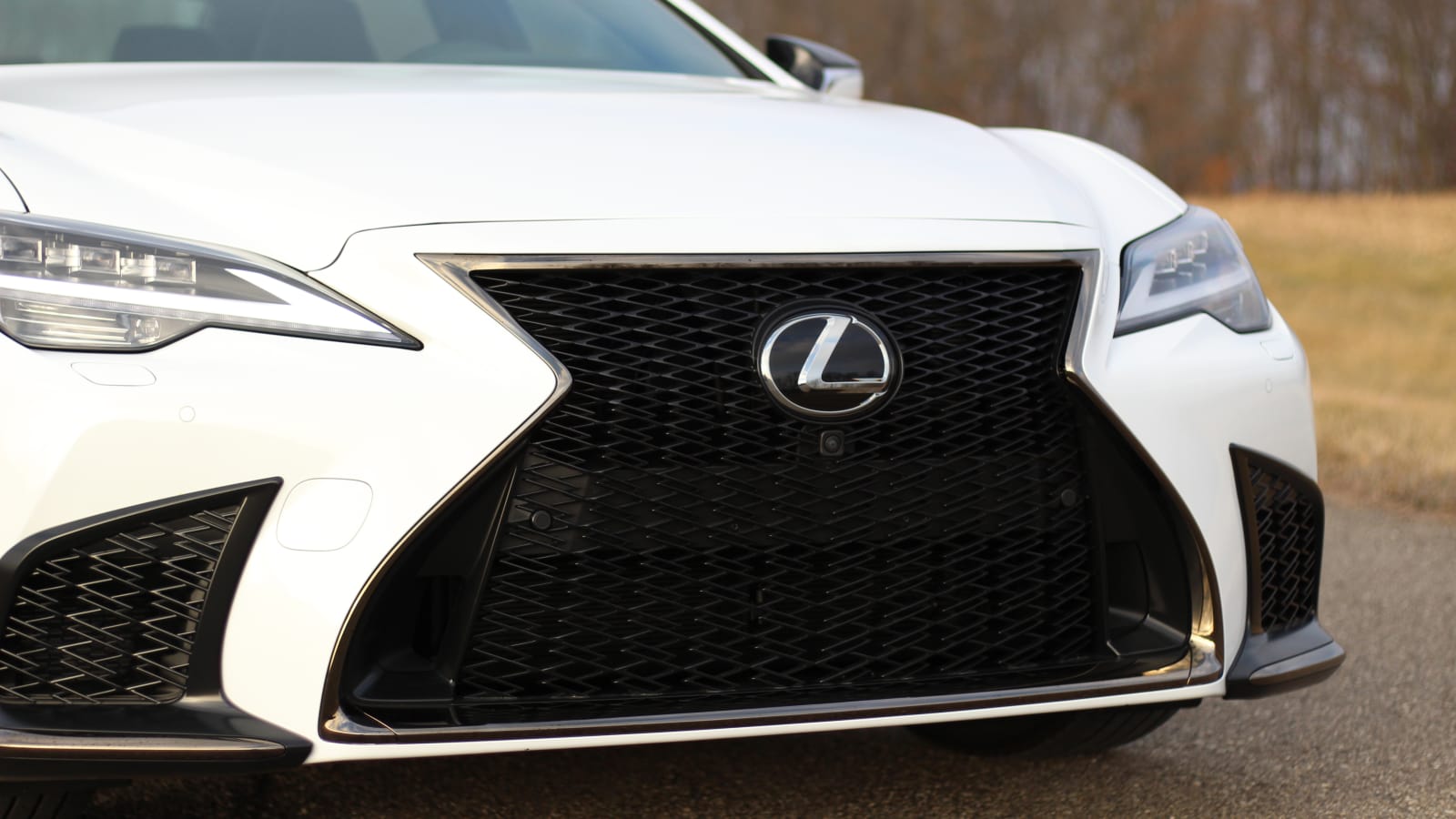 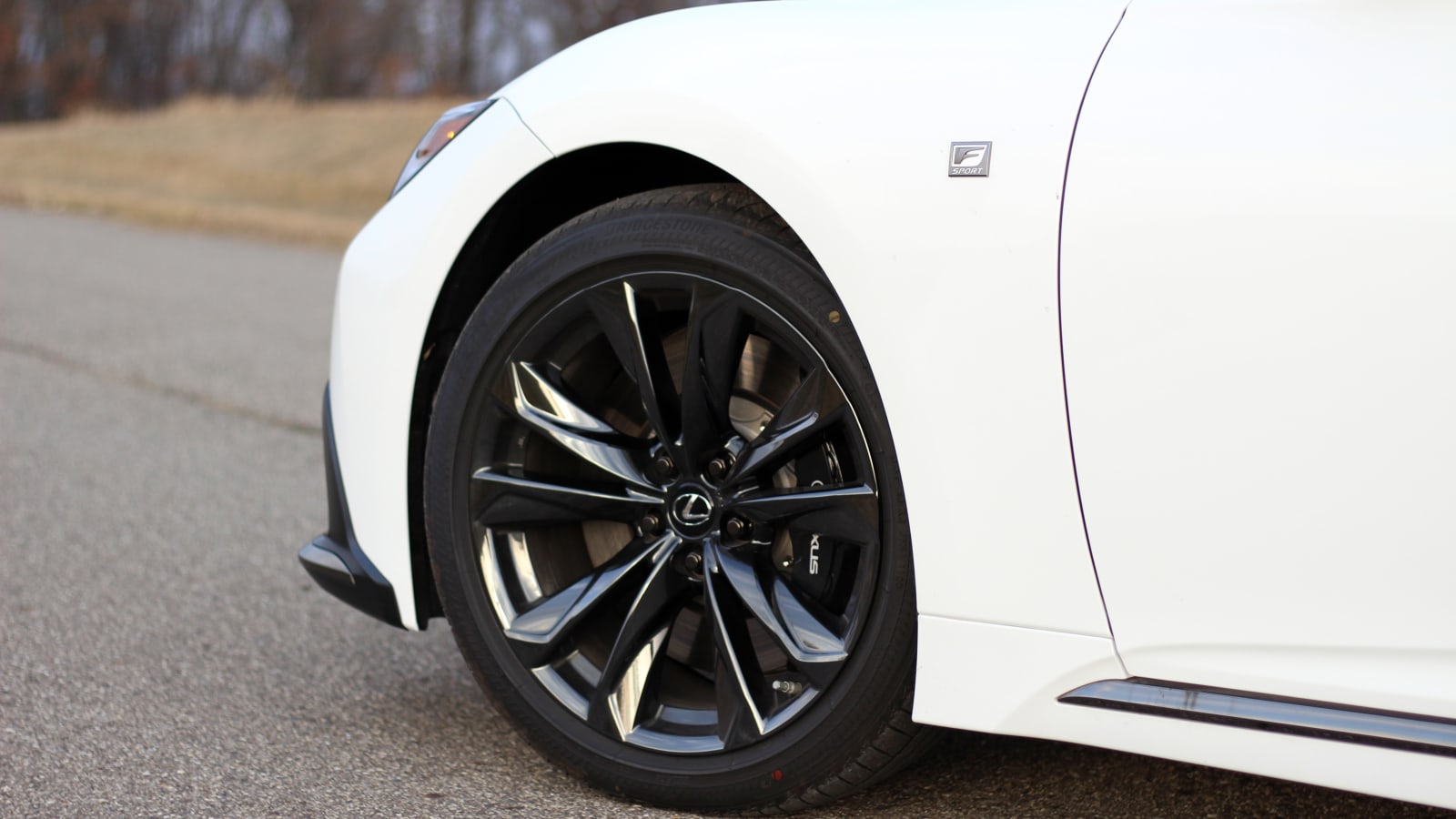 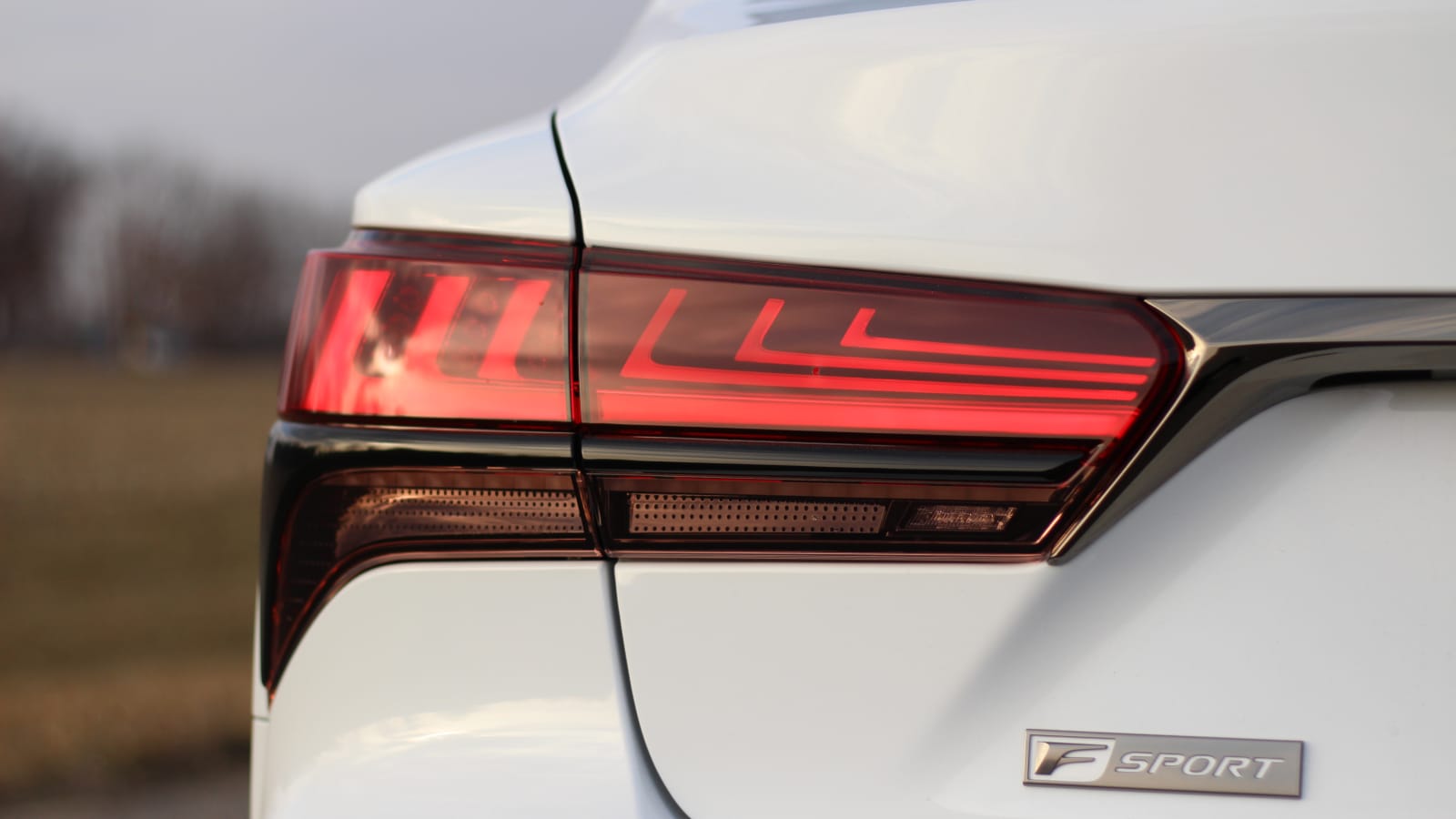 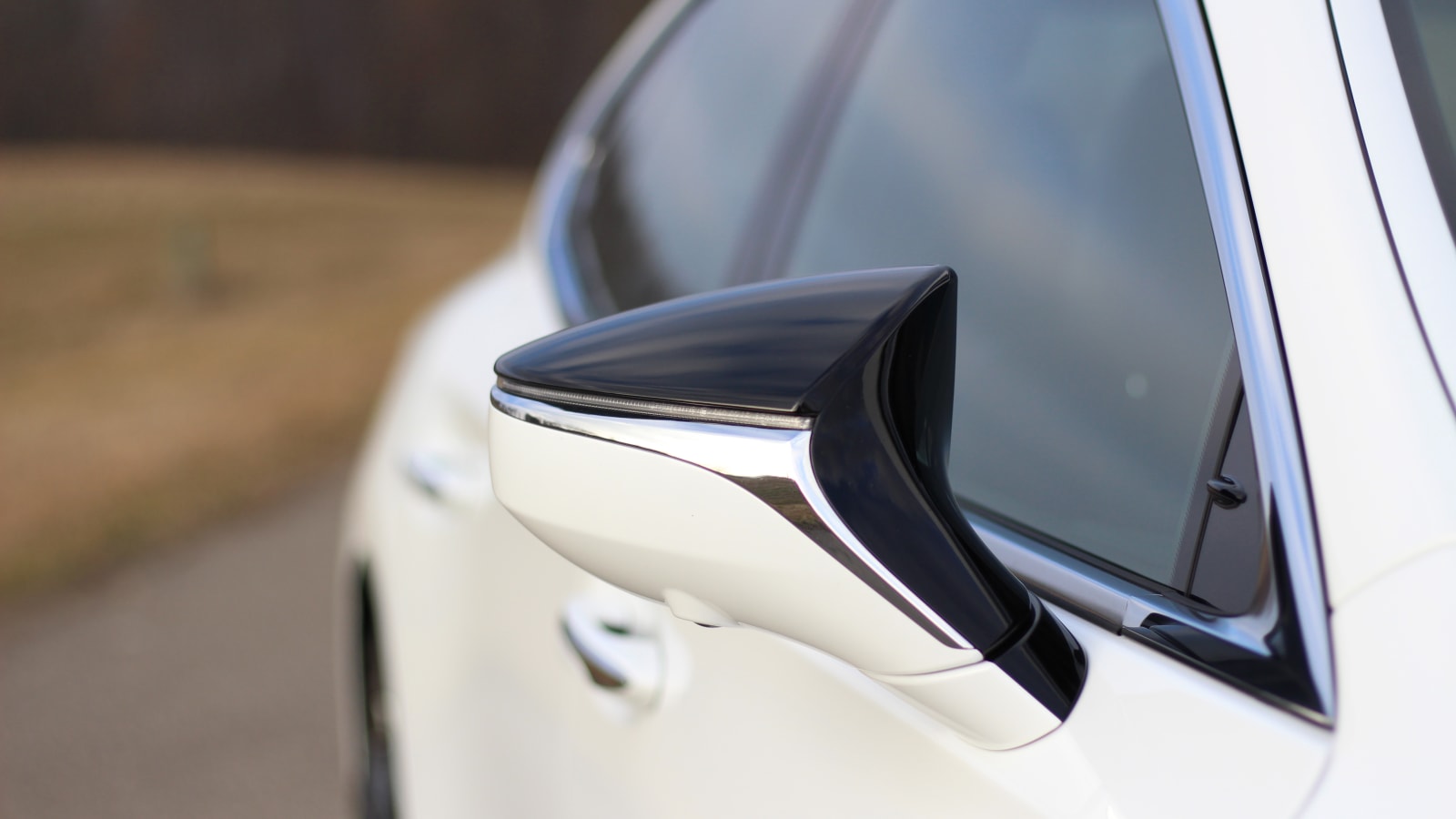 The rest of the LS is just as lovely as before. It’s whisper quiet at highway speeds, and any remaining noise is silenced by the marvelous 23-speaker Mark Levinson audio system ($1,940 extra). The Lexus driver assistance technologies are decent highway companions, but the lane-tracing is still a couple steps behind its European competitors. Its most impressive party trick is the front cross-traffic animation in the head-up display that flashes an arrow across your field of view in the direction traffic is coming from. It sees cars before the driver can see them, an ability that could be legitimately useful for intersections with poor visibility.

Lexus’ value argument is still completely valid for 2021, as well. The updated LS 500 starts at $77,025, which is just $550 more than the outgoing model (our heavily loaded F Sport tester hit $98,630). Every penny of that base price increase is worth it for the comfort improvements and added usefulness of a touchscreen. A base 7 Series that is both slower and lacking in features versus the LS costs over $10,000 more. The same can be said for an Audi A8 and Mercedes-Benz S-Class, too. If money is no object, though, all those Germans can be optioned up with tech and features missing from the Lexus catalog. Plus, they can be had with much more powerful engines.

The Lexus’ only other powertrain option is the LS 500h, which is a hybrid model that is a touch slower to 60 mph than the standard LS 500. The updated version of the 500h is coming next year — we haven’t driven it yet, but Lexus promises better acceleration from a few changes it made to the electric motors and battery. We’ll be able to tell you if it’s the LS 500 version to get once we do get behind the wheel. For the time being, the standard 2021 Lexus LS 500 has fixed its biggest faults. It drives and coddles like an LS should. And one last time, for the people in the back, thanks for the touchscreen, Lexus.