We’re big fans of the Hyundai Veloster N around here, and suffice it to say that we were happy with it as it was (the Performance package box checked, naturally). If it ain’t broke, why fix it? Well, the fact of the matter is that while we may be in a position to embrace a 275-horsepower hot hatch offered only with a manual gearbox, that’s the sort of niche-of-a-niche enthusiast formula that makes accounting departments squirm.

The bean counters can relax a bit, then, since the 2021 Hyundai Veloster N gets an automatic option along with other updates that ultimately make Hyundai’s asymmetrical hot hatch more sophisticated and more expensive. Now standard is the previously optional Performance package that adds a limited-slip differential, active exhaust system, bigger brakes and 19-inch wheels wrapped in summer rubber. The base model also includes navigation and a set of revised sport seats. This all comes at a price — $4,650, to be precise — but even at $32,245, the Veloster N is still one of the best performance bargains on the market.

The big news for 2021, however, is the eight-speed, dual-clutch automatic gearbox. It’ll cost you another $1,500 to add this automatic to the Veloster N, but all in, you’re still under the $35,000 mark – about what it will cost you to get into a reasonably equipped Volkswagen GTI. On paper, an automatic gearbox certainly expands the Veloster N’s potential appeal, but in the hot hatch segment, it’s not really enough that a computer-controlled transmission exists; it needs to be good too. And it is. 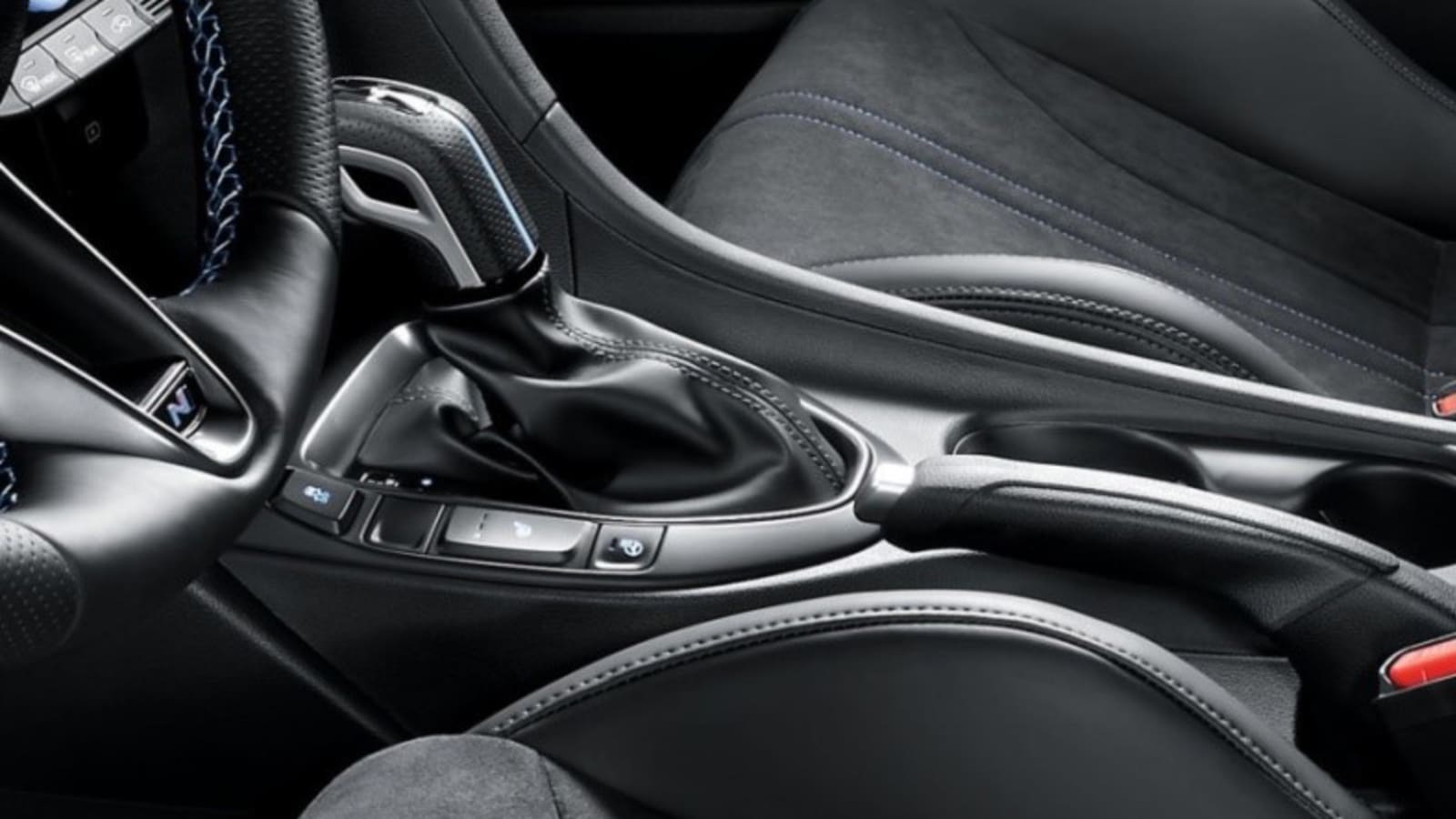 Let’s start with the specs. The Veloster N weighs 3,100-ish pounds with the six-speed manual; the DCT adds about 145 more. That lines up with the aforementioned GTI (which only has 228 hp; the new, 8th-generation model with 241 has yet to grace our shores), and is only slightly heavier than the raunchier, more-powerful Civic Type R. Two of this segment’s now-deceased entries, the Ford Focus ST and Mazdaspeed3, weighed the same and were never offered with automatics; the Focus even made do with a plain-old open differential.

If you’re hoping the DCT has tamed the 275-horsepower Veloster N’s somewhat over-the-top character, you’re going to be disappointed. If anything, the DCT actually makes it a bit more boisterous. It does nothing to curb the N’s torque steer (which is aggravated by the trick differential), but it does eliminate the need to take a hand off the wheel to shift. Plus, you get launch control. We’ll call it a wash.

The DCT also pairs very nicely with the now-standard active exhaust system. In the sportier drive modes, you get a satisfying bark each time you crack off a shift under heavy acceleration. It also responds instantly to shift requests via the wheel-mounted paddles, and even in “N” mode, they never feel axle-jarringly violent. Frankly, it’s rewarding, and that’s exactly what Hyundai was going for. 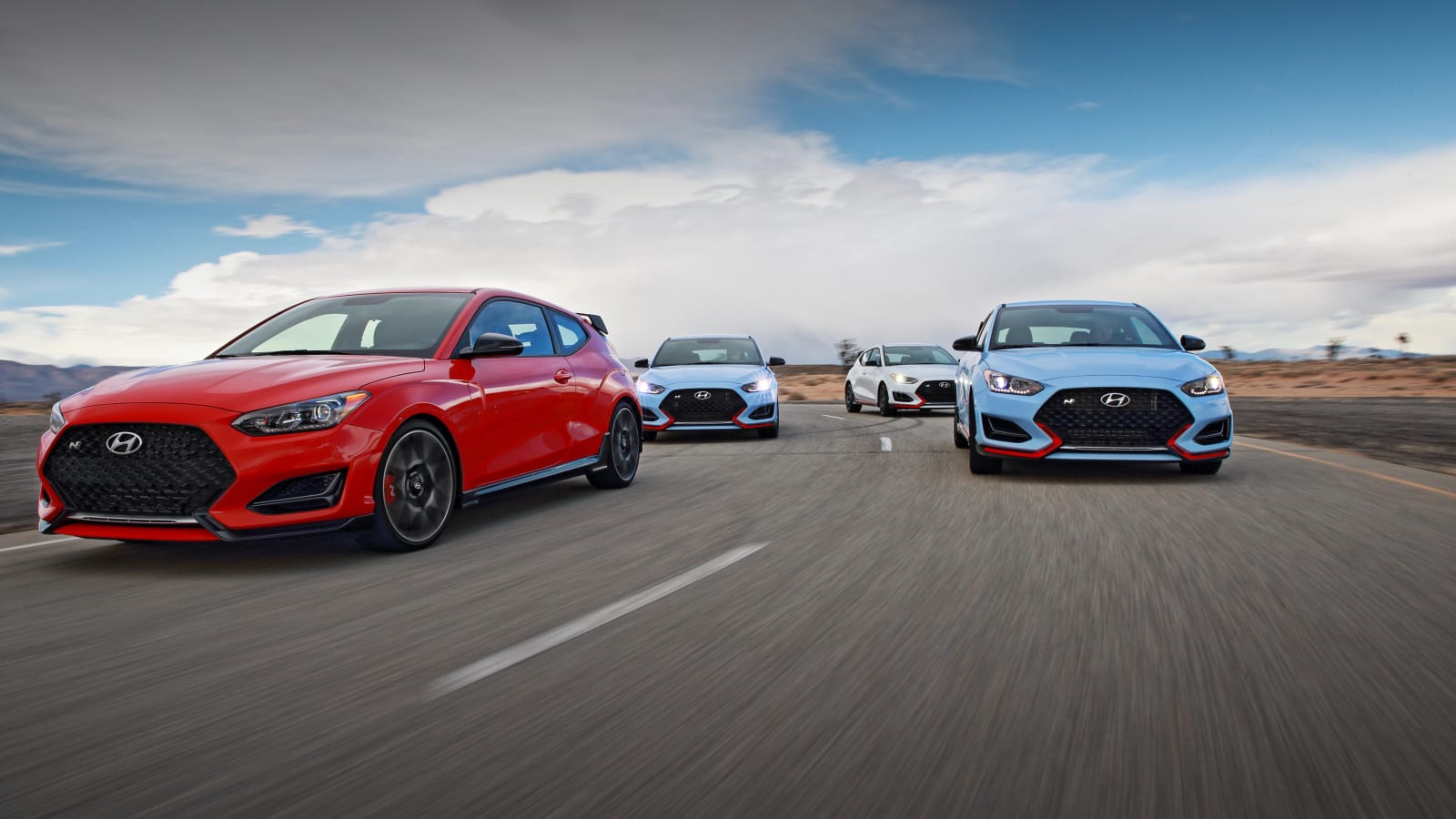 You see, Hyundai actually considers this transmission mechanically distinct enough from its mainstream DCTs that it gets its own designation. It’s the “N DCT,” and was engineered specifically for performance applications. Its behavior adapts not only to each of the Veloster N’s drive modes, but to driver inputs and environmental conditions. When you’re really banging on it (90% throttle or higher), it essentially behaves like a manual gearbox with a no-lift-shift feature (Hyundai calls it NPS for “N Power Shift”), minimizing the interruption in torque delivery that naturally occurs with each shift.

Hyundai even threw in a neat little gimmick called “N Grin Shift,” that is toggled by the “NGS” button on the steering wheel. Remember the “Go, Baby, Go!” button that activated Eleanor’s nitrous system in “Gone in 60 Seconds”? Well, this is kind of like that, but far less dramatic, and you don’t need miles of open L.A. River to make use of it.

When you hit the NGS button, the Veloster N loads an overboost map (yes, more echoes of the Focus ST), which unlocks another 18 pound-feet of torque (for a total of 278) and drops you into the lowest available gear. The idea is that once you press the button, you have the maximum passing power on tap; just plant your right foot and watch the world go blurry. The N will go back to the default engine map after 20 seconds, so it’s a brief window of additional torque. You probably shouldn’t count on firing it off once a lap if you’re at the track either, as the period between uses (Hyundai says there’s no set figure) is influenced by factors such as heat, which you’ll be bathing in during hard use.

If you ask us, we’d all probably still opt for the Veloster N’s standard six-speed gearbox, but we’re struggling to come up with any reason at all to pass on the DCT if you’re in search of an automatic. Shift-it-yourself or not, the Veloster N is one of the most satisfying enthusiast cars on the market today, and arguably the most impressive at its price point. If you’re ever in a position to drive one, do your inner child a favor and take advantage. You’ll be glad you did.