Porsche put out a news bulletin today detailing some of the highlights from the test sessions it held for the 2022 Porsche 911 GT3. The numbers are predictably astounding, as is typical from Porsche.

Engineers ran the new 4.0-liter flat-six for over 22,000 hours on the test rig, simulating racetracks and running “at full throttle for a very high proportion of the time.” The new suspended rear wing spent over 160 hours in the wind tunnel and was put through about 700 different simulations to dial it in properly. Of course, non-performance tests were also necessary, as the car went through 600 emissions tests to meet the world’s latest standards while still putting out more horsepower and torque than before.

Perhaps the most intriguing set of numbers of all these comes right at the end of Porsche’s press release, tossed in like an afterthought. Engineers subjected the GT3 to a continuous 5,000-kilometer (3,107-mile) test run at a constant speed of 186 mph where it needed to “perform flawlessly” to pass. The only breaks for the car (and drivers) were for refueling. Porsche says it completed the mind-boggling torture test at the Nardo Ring in Italy. Setting aside the stress subjected to the car and engine, the amount of concentration it would take test drivers to complete such a test is unimaginable. 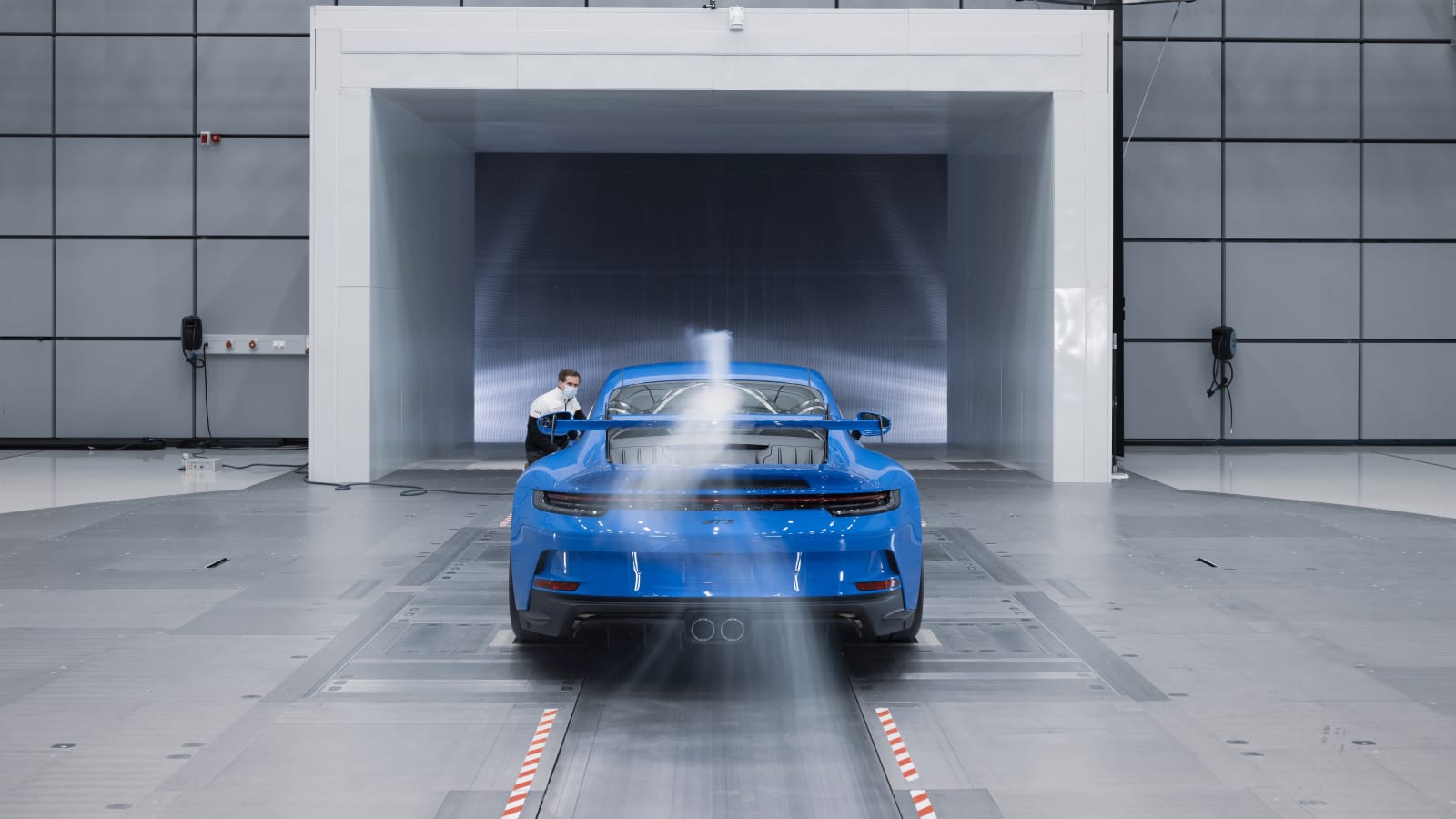 Top speed for this generation of GT3 is 197 mph, so they were pushing the car near its top end for what would feel like an eternity. This test would take about 17 hours to complete — turns out you can cover a lot of distance going 186 mph. In actuality, it likely took more than 17 hours once you factor in fuel stops, driver changes and the time it took to accelerate and decelerate from 186 mph many times over.

Do you think your 911 GT3 will be reliable at the racetrack? We’re guessing that’s a yes. Porsche has a history of doing endurance tests like this — the company covered 2,128 miles in a Taycan over a 24-hour period at Nardo in 2019. You’ll be able to start your own torture testing soon, as GT3 deliveries are meant to begin this fall.