Win an SUV | The best giveaways of the week, including a Defender EV

The Geneva International Motor Show will return for 2022

Travel numbers climb as Americans hit the road for holiday

Autoblog may receive a share from purchases made via links on this page. Pricing and availability is subject to change. No donation or payment necessary to enter or win this sweepstakes. See official rules on Omaze.

SUVs and crossovers are a hugely popular segment in the United States, making up nearly half of total vehicles sold last year. Here are our favorite SUV giveaways we’ve found online this week. 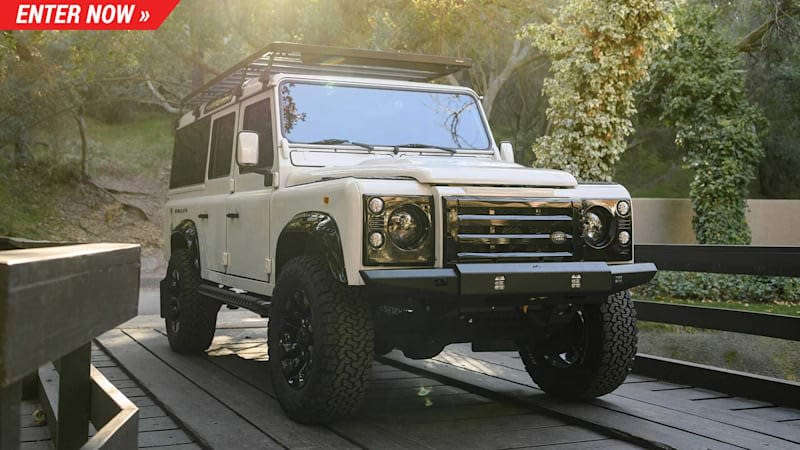 The Land Rover Defender is an icon. An intense, luxurious off-roader that turns heads and can crawl up nearly anything. The problem? For the past 20+ years it hasn’t been available in the United States and it’s never been what you’d call environmentally friendly. But this Defender is different. It’s vintage, restored by Himalaya and it’s all-electric.

At 275 horsepower you won’t be thrown back in your seat, but this is an off-roader, and the 406 lb-ft of torque helps make this an incredibly capable rock-crawler. While the 200-mile range isn’t going to be enough to overland for weeks at a time, most of us can count on one hand the number of times we drive each year more than 200 miles in one sitting.

Additionally, Omaze is throwing in $20,000 cash. All of this adds up to an incredibly good-looking, capable luxury electric SUV that has a retail value of $210,000. Enter to win it here. 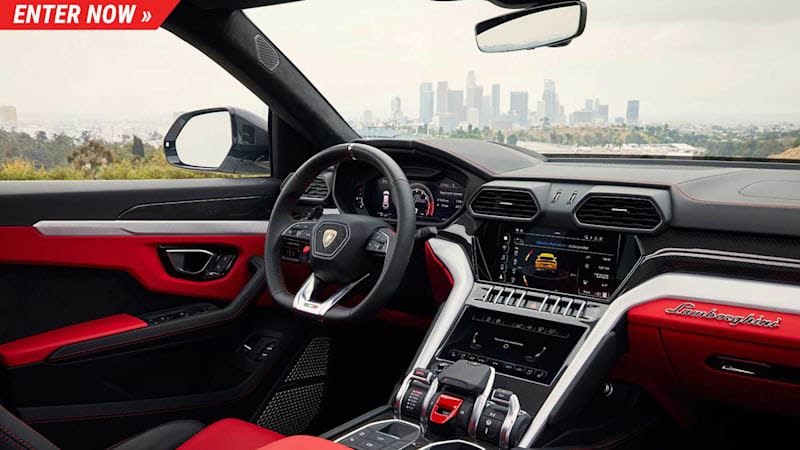 641 horsepower. 0–60 in just over 3 seconds. A top speed of 190 miles per hour. All of those sound impressive in a performance car but in a five-seat SUV, they’re bonkers. That kind of performance is what you get when you’re behind the wheel of the 2021 Lamborghini Urus. Normally one of these super-SUVs will cost you right around a quarter of a million dollars, but for those of us who don’t have that kind of cash, just head on over to Omaze where they’re giving away a Urus, along with $20,000 in cash, with all taxes and delivery fees covered. Enter to win it here. 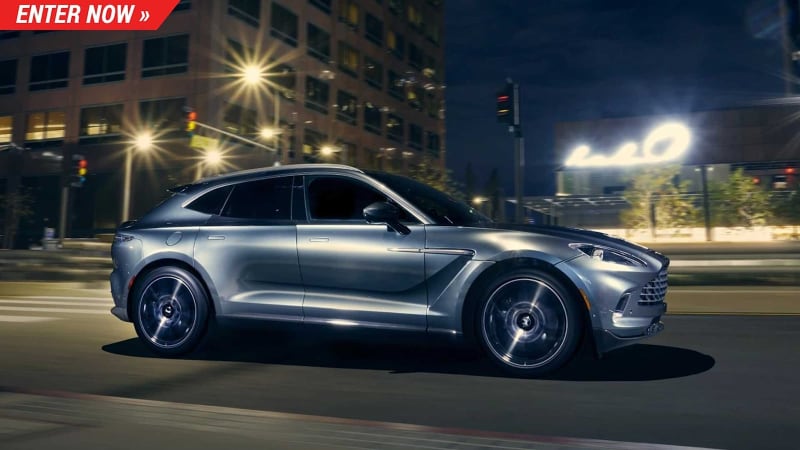 “No Time to Die,” the latest installment of the James Bond series, has been pushed back a few times, most recently promising an October 8, 2021 release date. Considering the original release date was November 2019, we’re not going to hold our breath that we will get to see Daniel Craig in his final Bond performance at all this calendar year, but that doesn’t mean we can’t have a bit of Bond in our life. Especially now that Omaze is holding a sweepstakes for a 2021 Aston Martin DBX. Think of it as a Bond vehicle for the family driver. Enter to win it here. 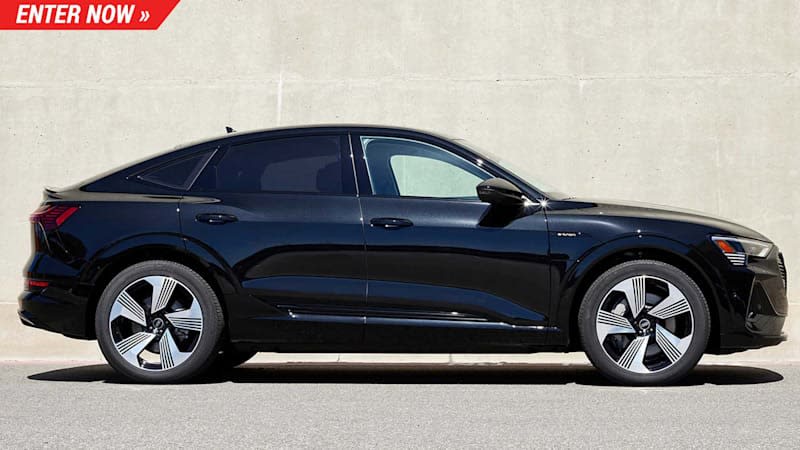 More than 400 horsepower. Almost 500 lb-ft of torque. Quattro all-wheel drive. No, an Audi E-Tron Sportback electric car won’t beat a Tesla Model X in a drag race, but you can’t beat the price tag of this one that Omaze is giving away.

If you want all 402 of these electric horses in your driveway, enter here. 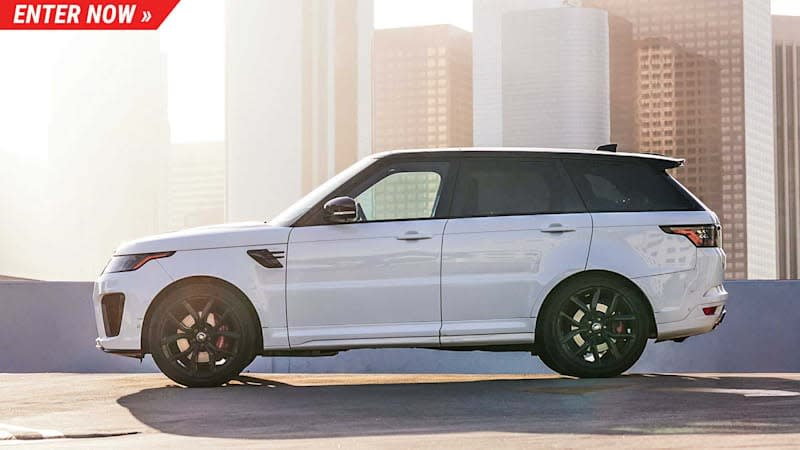 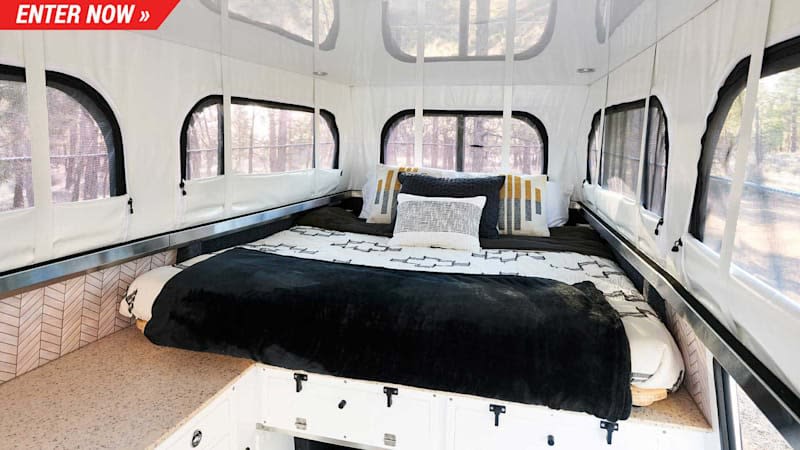 Is this really an SUV? Probably not, since it is based on a Ford F-Series, but we would argue that it has more utility than most SUVs and crossovers currently on the market. Camper vans are cool, but this EarthCruiser Terranova will not only take you anywhere, whether there are roads or not, but with built in solar panels and a water filtration system, it’ll allow you to stay there, living off grid in comfort. It also sleeps four and comes with a fridge, stove, toilet and $20,000 cash.