Fisker signs deal with Foxconn to build EVs in U.S. in 2023

Want your new Land Rover Defender to look old and rusty? There's a fix for that

Caterham is looking for the right recipe to electrify the Seven

2022 Porsche 718 Boxster, Cayman gets a price hike and pink paint

6 great car wash accessories for under $25

Why can't we have nice things? A bunch of cool wagons not sold in America

Here’s your daily Autoblog public service announcement: Don’t hoard gasoline, but if you do, absolutely do not let 20 gallons of it catch fire inside your 2004 Hummer H2. You might end up, as a Florida owner learned the hard way, with a very crispy Hummer.

According to CBS affiliate WABI, in Citrus County Fire Rescue was called out to the scene at a Homosassa, Florida, Texaco station yesterday morning. The Hummer owner had just filled four five-gallon jerry cans’ worth of fuel and placed them in the back of the vehicle.

It’s not clear what started the fire, but when emergency crews arrived the SUV was already, as the kids say, fire. The vehicle was a total loss. Photos show it completely singed and missing the hood and windows. One fender sat forlornly on the ground nearby.

One injury was reported, but the individual refused to be taken to the hospital. The Florida Department of Environmental Protection was called in to handle the fuel cleanup. 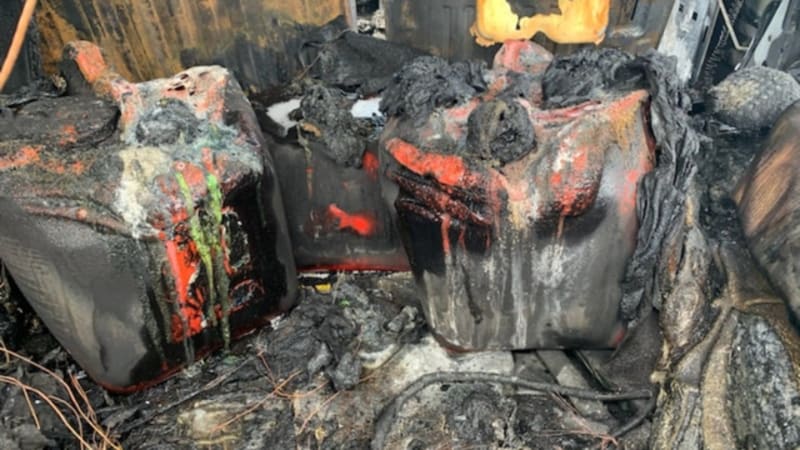 There’s been a run on gasoline across the eastern seaboard due to a shortage caused by Colonial Pipeline, one of the major refined petroleum pipelines on the East Coast. Due to lax cybersecurity measures, the company fell victim to a ransomware attack, which shut down its operations over the weekend. Hackers based in Russia demanded a payout of $5 million to release control of Colonial Pipeline’s computer systems, and Colonial paid up and has since resumed operations.

Between fires, fights and admonitions by politicians not to hoard — probably one of the few things Florida Gov. Ron DeSantis and President Joe Biden agree on — that’s probably good advice to follow. Gas stations should be resupplied in many affected areas within days.