East Texans encountered dangerous road conditions Thursday morning thanks to a winter storm that plunged deep into the Lone Star State, depositing as much as a quarter-inch of ice on some road surfaces. The weather is being blamed for massive pileups that are still being cleared. One of the pileups was reportedly 1.5 miles long, and you can see crash after crash in the social media embeds below.

According to local media, multiple crashes in early morning hours have claimed multiple lives, prompting local officials to declare the weather emergency a mass-casualty event. A local weather spotter was on the scene as crews attempted to clear parts of I-35W north of Fort Worth of a massive pileup, which, per the Dallas Morning News, led to multiple fatalities:

Here at the scene in North Fort Worth of one of the worse disasters I have ever seen in this area. Pray. Pray hard. 100+ of vehicles… @CBSDFW @CBSNews @ABC @WeatherNation @weatherchannel @ReedTimmerAccu @FoxNews @cnnbrk pic.twitter.com/HFpeJoRA2Q

Local responders urged drivers to stay off the roads early Thursday as multiple injury-causing accidents were reported in rapid succession. “11 [multi-vehicle collisions] since midnight, 6 in the past 90 minutes, including rollover crashes. Area emergency crews very busy, please drive carefully! If you don’t HAVE to drive, please DON’T. Roads are treacherous. Give emergency crews plenty of room at crash scenes,” MedStar EMS tweeted. At least one twitter user captured the I-35W pile-up as it happened (foul language warning):

Local National Weather service officers urged caution throughout the day Thursday as the system makes its way through the Dallas/Fort Worth metro area. 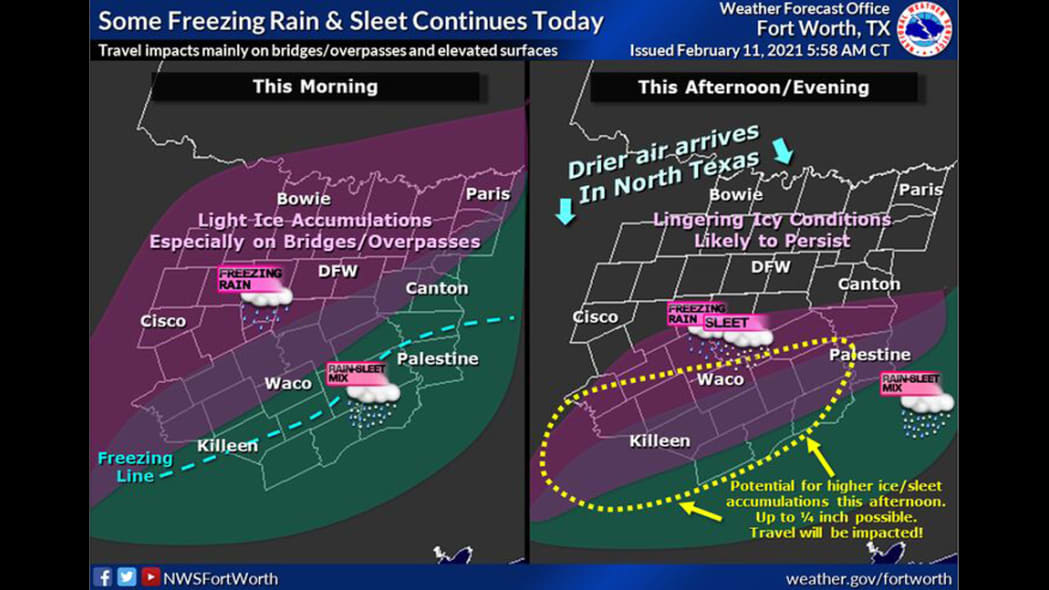 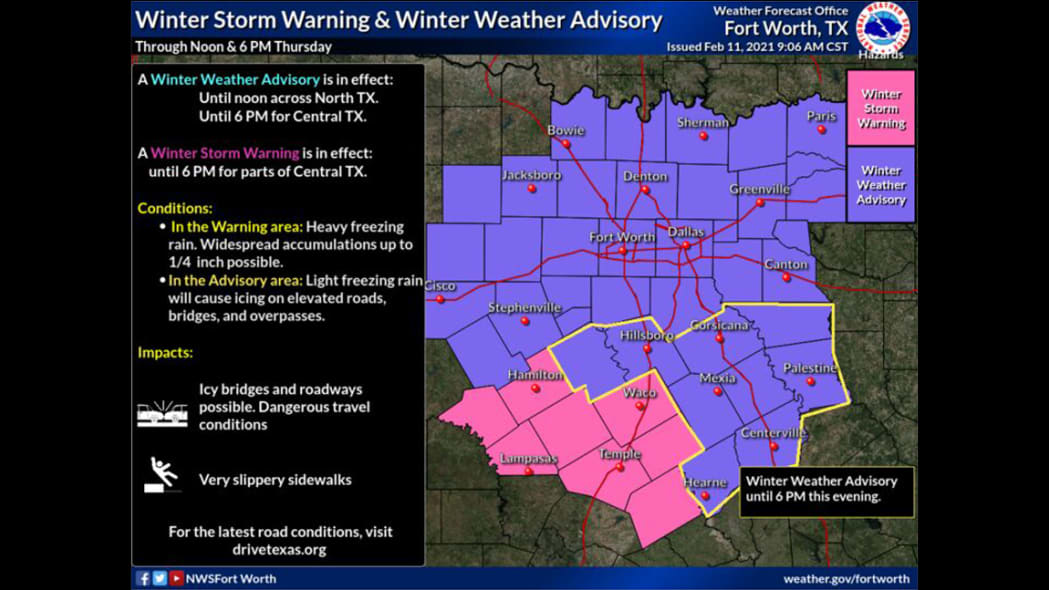 The icy weather will continue to push south and east through the state Thursday, though temperatures will rise throughout the daylight hours, which should help crews clear existing incidents. East Texas is expected to get another round of wintry weather early next week, which could set the region up for a repeat of Thursday’s treacherous driving conditions.

Related: Driver who plunged off Wisconsin ramp feels lucky to be alive