Nissan Z will just be Z, not 400Z, source says, sharing other details

4 great spring cleaning products for keeping your car spotless, all under $35

Toyota and Subaru will jointly announce something mysterious and quick

Ford of Europe will stop making its last sedan, the Mondeo, in 2022

'Why isn't he stopping?' Mini driver describes being pushed sideways by dump truck 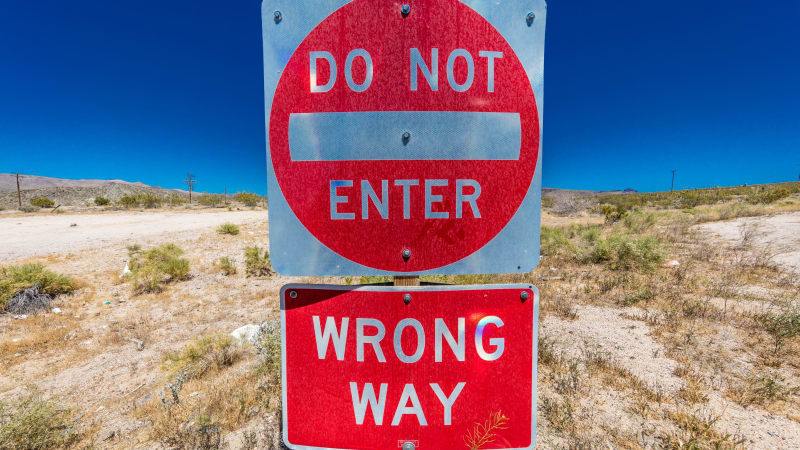 The number of Americans dying in wrong-way traffic accidents has been creeping up in recent years, totaling approximately 500 fatalities per year between 2015 and 2018, a new AAA study says. That’s a 34% increase compared to the average of the five years prior, the advocacy group warns, and a trend that it expects to continue if nothing is done about it.

AAA found three significant factors in common with cases of fatal wrong-way driving crashes vs. “right-way” crashes: alcohol impairment, older age, and driving without a passenger. The first two should be familiar to anybody with even a passing familiarity with crash statistics, as they are often cited as contributing factors.

In wrong-way accidents involving multiple cars, AAA found that the driver going against the flow of traffic was far more likely to be intoxicated than those who were not.

“Alcohol impairment is, by far, the single most significant factor in the majority of wrong-way driving crashes, which unfortunately has not changed since the NTSB issued its Wrong-Way Driving special investigation report in 2012,” said NTSB Director of the Office of Highway Safety, Dr. Rob Molloy.

Drivers above the age of 70 are also measurably more likely to be involved in wrong-way incidents, as are those who have nobody along for the ride.

“A passenger’s presence may offer some protection against being a wrong-way driver, as nearly 87% of wrong-way drivers were alone,” AAA said. “Passengers may alert drivers that they are entering a one-way road, preventing them from entering the highway in the wrong direction, or alerting them to their error, helping the driver take corrective action before a crash occurs.”

There are certainly other contributing factors when it comes to wrong-way driving deaths, but many of them fall outside of the scope of AAA’s research. For example, we didn’t mean to imply above that lonely people are more likely to die in a wrong-way crash, but it can be related; one reason wrong-way drivers go out alone is that they don’t ever plan to return.

Mental and physical health are often cited as contributing or causal factors in wrong-way incidents, and “Suicide by Semi” is a headline we’ve all heard more than once. Other deliberate acts, such as joyriding or evading law enforcement, fall around the periphery of the issue as well.

“That’s more along the lines of intent,” a AAA spokesperson told us. “Our study examined the common characteristics of those drivers who missed/ignored warning signs on the ramps and ended up driving the wrong way on a divided highway,” he said.

So, what can be done? A mix of awareness and intervention, AAA says, along with a more proactive approach to preventing impaired driving. “[Ignition interlocks are] the best countermeasure we have to separate drinking from driving,” AAA said; the NTSB agrees.

“We know that interventions like ignition interlock devices for all offenders and high-visibility enforcement operations will reduce these types of devastating crashes,” said Molloy.