2022 Subaru Forester spied getting ready for a rugged facelift

The Subaru Forester is headed for the first facelift of its latest generation. New spy photos of a lightly camouflaged Forester tell us that we should expect some light updates for Subaru’s hot-selling crossover.

One item not totally covered in these photos is the grille. Instead of the horizontal slats we get on the current Forester, this one has a honeycomb design that gives us flashes of Audi Sport. It’d be a departure from the friendly and boring face the Forester is stuck with currently, and while there’s nothing sporty about how it drives, the look would inject some attitude into the front end. The camouflage covers the whole front of the car, so we expect the Forester will likely get a new front bumper and a revised foglight cutout design in the corners. We can make out what look to be non-production foglights in the inserts — those will be replaced with production units as Subaru gets closer to setting this update loose. 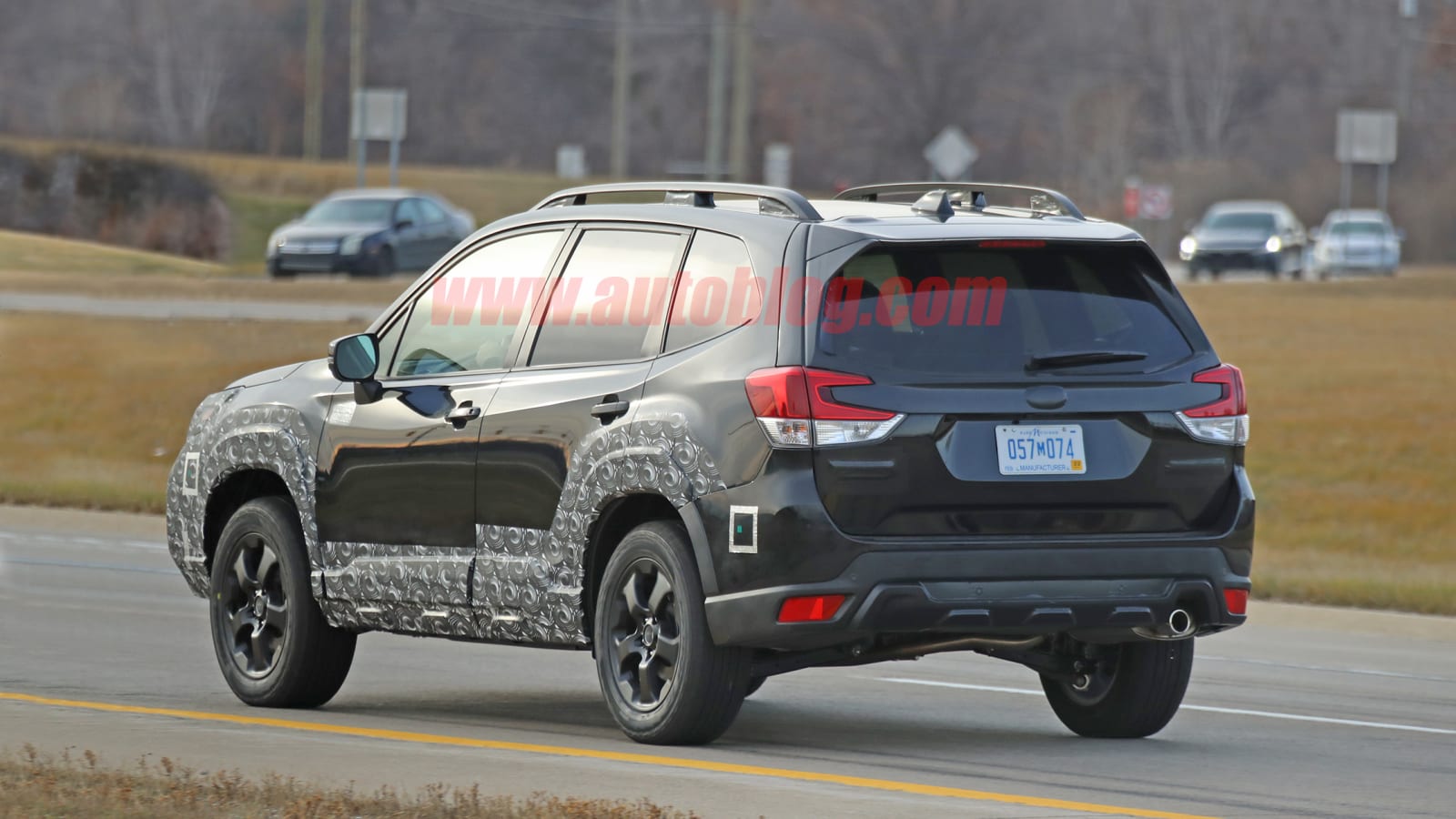 It’s not clear through the camo, but Subaru could also be prepping some larger black plastic cladding on the fenders and lower door area. The raised sections of camouflage are larger than they are on the current car and are also more square in shape. That could theoretically give the Forester a more rugged look. There’s a modicum of disguise going on out back, but most of it is uncovered. The lower rear fascia near the exhaust is sporting a massaged design with those three raised cutouts — it was just a straight piece of trim previously. Nothing looks changed with the pronged taillights, and the badging is all covered up with black tape.

If we had to guess, this Forester is likely a 2022 model year vehicle. We got all the details for the 2021 Forester a short time ago, and the 2019 model year was the first of a new generation. Three years and a facelift is regular timing, so there’s a good chance this updated Forester is revealed partway through 2021. There’s always the chance that Subaru brings back a turbocharged engine in an XT model to compete with some of its quicker rivals, but expect the 2.5-liter flat-four to remain the standard engine.