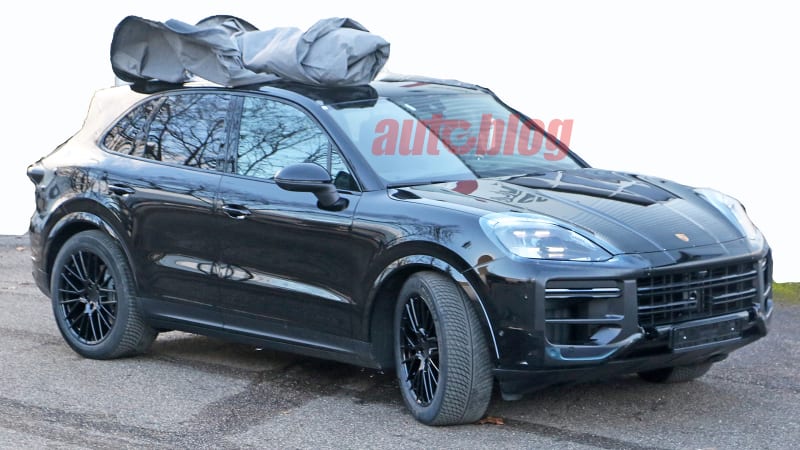 Though it just got a significant redesign for the 2019 model year, the Porsche Cayenne appears to be getting a refresh. These spy photos show the performance SUV with both a more chiseled nose and pert tail.

Based on the fender flares and rectangular grilles, this is likely a GTS or Turbo variant of the Cayenne. The hood features a more pronounced power dome, and the creases that form it extend into the front bumper. The grille designs have been revised with double horizontal bars. The tops of the bumper grilles all line up, too. Around at the back, the big change is to the hatch, which no longer holds the license plate. Instead, it’s smooth and rounded right down to the bumper where the plate now resides. It’s actually about the same design as what’s used on the Cayenne Coupe. The taillights look like they’ve been tweaked, as well, but we can’t tell for sure because of the test mule stand-ins and camouflage.

Considering the changes here are minimal, we expect they’ll be implemented on the 2022 Cayenne. It will probably be revealed in a few months ahead of it coming to dealers. We’re not expecting any major mechanical changes.