The 2022 Nissan Frontier certainly looks all-new both inside and outside with its muscular sheetmetal and modern amenities. However, Nissan surprised us all when it declared the frame to be a massaged version of the frame underneath the previous generation Frontier — the F-Alpha platform. For some historical context, its first use in the Frontier came for the 2005 model year. That was also the last time the Frontier was totally new, until today.

An unchanged wheelbase was the first clue that this new Frontier was on the same platform as before. Nissan isn’t just sitting on its hands with this chassis, though. The company shared its decision-making and rationale in a briefing with media. Randy Dale, senior manager of advanced planning at Nissan, explained that while this truck chassis is still around, it hasn’t been static all this time.

“It’s still a full-boxed, high-strength steel frame,” Dale said. “What’s good about the frame is still there, and I want to make it clear that over the years we’ve really enhanced the frame. It’s not as if that frame has stood still at all. Year-to-year we’ve made many updates to it.”

Those updates continue for 2022.

“The way the suspension connects to it” is one area of improvement, Dale said. “In particular, the hydraulic mounts, the cabin mounts in the rear. And that’s where you’re gonna get all that transmission of shakiness from the road through the frame to the body. Now those mounts are hydraulic in the rear. All of the brackets have been optimized over the years, but also optimized for this generation of Frontier.”

Nissan claims that its new hydraulic cab mounts reduce road vibration by 80%. It points to the new urethane jounce bumpers as another big improvement for a smoother ride. Dual tow hooks in front are also new. 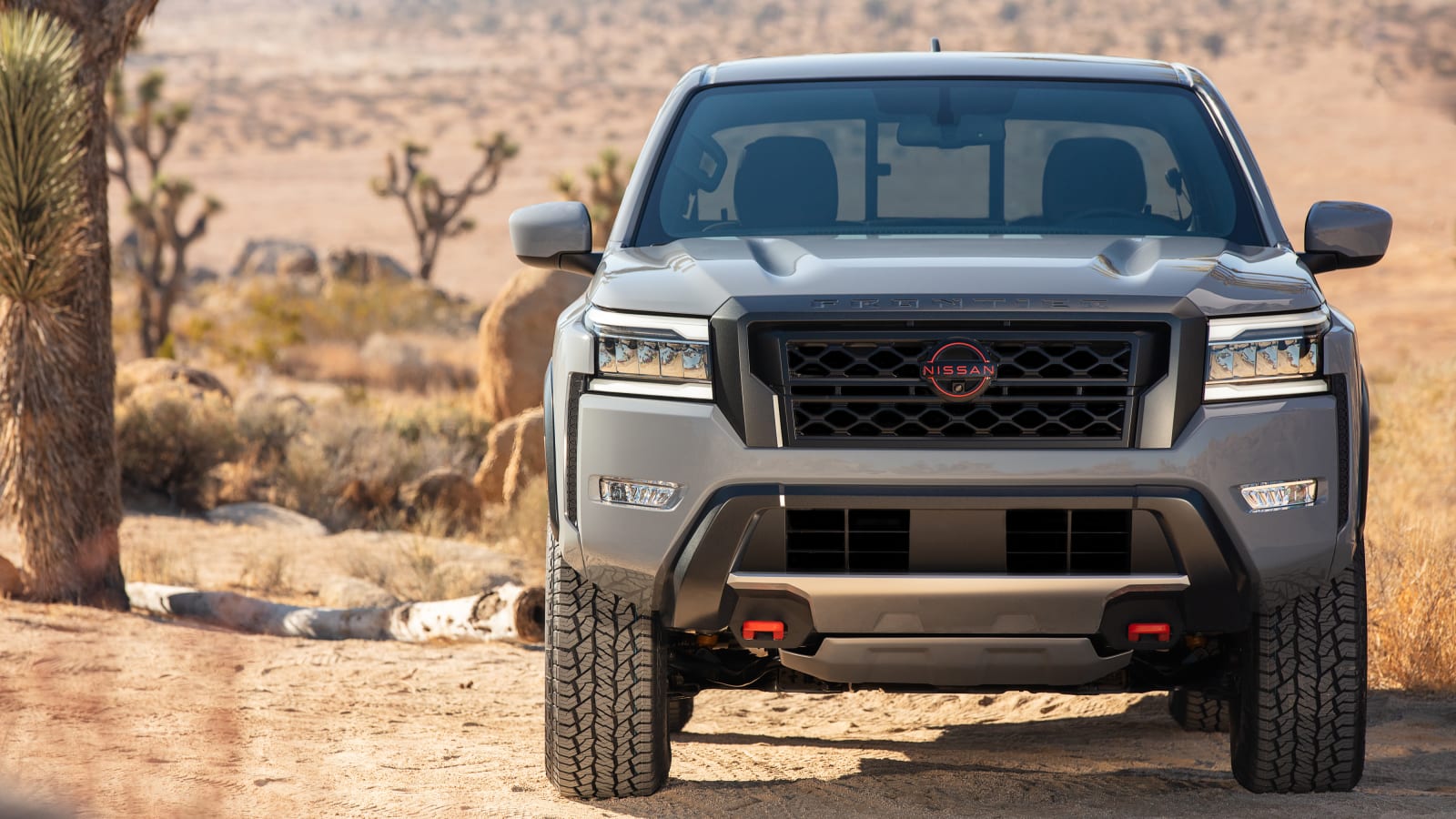 In addition to the frame modifications, suspension changes will likely be deserving of credit for improvements to the 2022’s ride and handling. Nissan is using a larger front stabilizer bar, and it’s adding a rear stabilizer bar (there was no rear bar previously). Plus, an updated hydraulic steering system with an increased gear ratio should make it even lighter on its feet.

“Overall, what you’re going to feel from there is that you retain the durability, but giving it a better ride. That was our goal,” Dale said.

Safety was a big reason why the 2022 Frontier’s frame had to go through some minor changes — scoring well in crash tests is vital these days, and newer platforms with modern crash structures tend to be safer with better protection. The outgoing Frontier scored lower than most vehicles in its battery of crash tests, but only in the side overlap tests. Keep in mind that this frame was made years before the IIHS began overlap testing, but it looks like the Frontier will clean up its act this year. Melaina Vasko, vehicle program development manager for Nissan, laid out what Nissan was up to on the safety front.

Nissan is surely aiming to bring its crash test scores up to the maximum level in both IIHS and NHTSA testing. 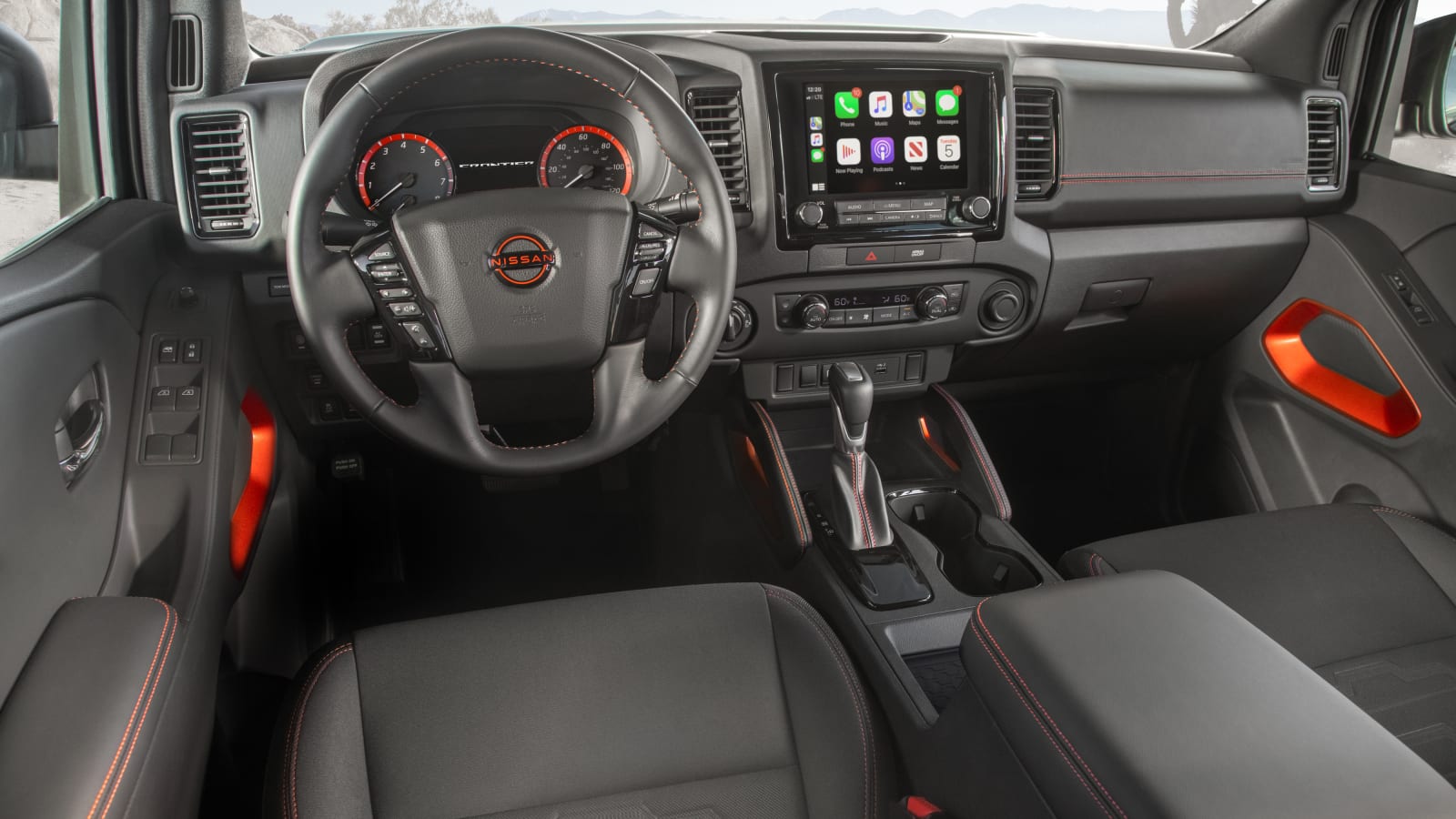 We had one more lingering thought about the frame. How does it relate to the globally-sold Navarra? The answer is simple. It really doesn’t.

“They are different trucks, but I imagine some bits and pieces are shared,” Jared Haslam, VP of product planning said. “We try to look for efficiencies in models, but they are distinct and different products. The all-new Frontier will be more closely akin to the current generation of Frontier than it is the Navarra.”

Haslam calls the Frontier an evolved product underneath. It’s definitely changed slightly, but the scale of that change is not like that of a totally new platform. Our first drive in the new Frontier will tell us if the changes were enough. We were pleasantly surprised at how well the 2020 model year still rode and drove with the new 3.8-liter V6. Add all the changes  — both frame- and non-frame-related — to the equation, and the chassis being eons old might not matter as much as it seems at first glance.