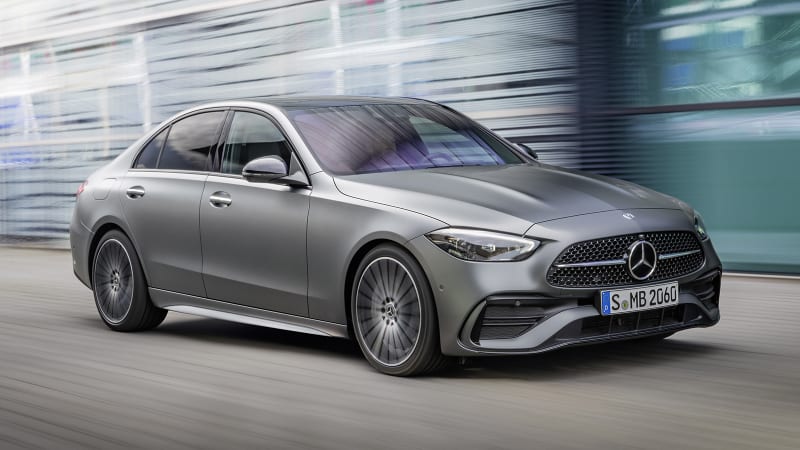 The 2022 Mercedes-Benz C-Class is here, and it certainly shouldn’t surprise anyone on the outside with looks closely based on its bigger siblings. But the familiar body hides a bigger car with a new four-cylinder-only engine range and S-Class inspired interior.

At first glance, the C-Class doesn’t look significantly different from before, but the changes are in the details. At the front are the scowling headlights and widened front grille that can be seen throughout the Mercedes sedan lineup from the A- to S-Classes. Similarly, the thin and wide taillights are certainly familiar as is the longer rear deck. The hood picks up dual power bulges, and the roofline has a shallower slope toward the trunk lid. The whole car is bigger, too, picking up 2.5 inches in length, an inch of wheelbase, and about half an inch of width.

Stepping inside reveals a new, distinctive environment, and one that’s between half an inch to an inch larger in most areas than before. It’s clearly derived from the new S-Class with the waterfall dash panels and portrait-orientation center touchscreen. It’s all at a smaller scale than the S-Class, though, and the air vents are rounded squares rather than slim rectangles. The screens are standard features, with the instrument panel measuring in at 12.3 inches and the infotainment display at 11.9 inches. Among the tech features available are augmented reality camera displays, over-the-air updates, ambient lighting, multiple display themes and a fingerprint reader for accessing personal vehicle settings and information. 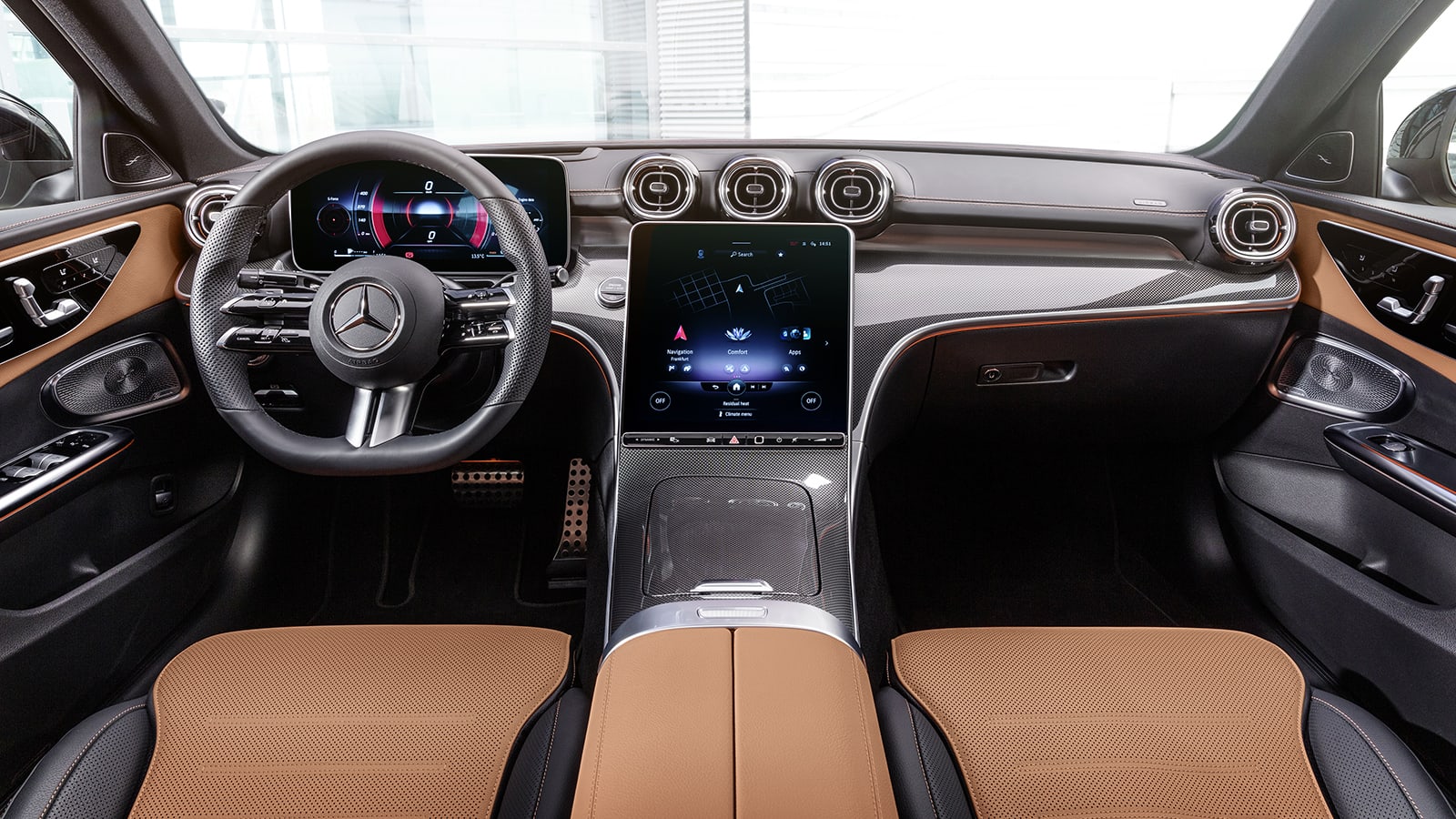 Powering the C-Class is just one engine for now, a turbocharged 2.0-liter four-cylinder. It makes the same 255 horsepower as the old model, but now makes 295 pound-feet of torque, an increase of 22. It’s also paired with a 48-volt starter/generator that produces 20 hp and 148 lb-ft of torque. It allows for smoother and longer starting and stopping, plus coasting and energy regeneration. Despite the increase in torque, the 0-60 mph time has dropped to 5.9 seconds from 5.7. There is once again a choice of rear- or 4Matic all-wheel drive, but the only transmission is a nine-speed automatic. It all rides on newly designed suspension that retains the multi-link independent setup like the old model.

The new C-Class will hit dealers early next year. Pricing should be available closer to the on-sale date. We also expect that hotter AMG variants will closely follow the regular C 300’s launch.