A Chrysler LeBaron Town & Country with 12,000 miles is up for auction

Win the most beautiful Jaguar ever made, a 1963 E-Type

What to bring off-roading: Packing a non-winch basic recovery kit

Here’s our first good look at the upcoming Maserati Grecale. Maserati dropped a few shadowy and blurry images as a teaser a couple months ago, but they only provided a vague idea of what we should expect from the compact crossover.

The blue camouflage theme is one consistency, and it seems the level of coverage on the car is similarly enveloping. It’s deception following deception up front, as the hood features strange bulges, and the headlights look taped on. The only visible opening is a grated intake in the lower side bumper area. That said, we do have a better look at the proportions without blur or confusion.

Rumors point to this crossover using the Alfa Romeo-developed Giorgio platform, despite reports of that platform not having much of a future at Stellantis. That means it should be similar in size to the Alfa Romeo Stelvio. Seeing it parked nearby a camouflaged Jeep Compass, this approximation appears to ring true. It looks like it’s a bit larger than the Jeep, which is as it should be, considering the Grecale should be one class larger. 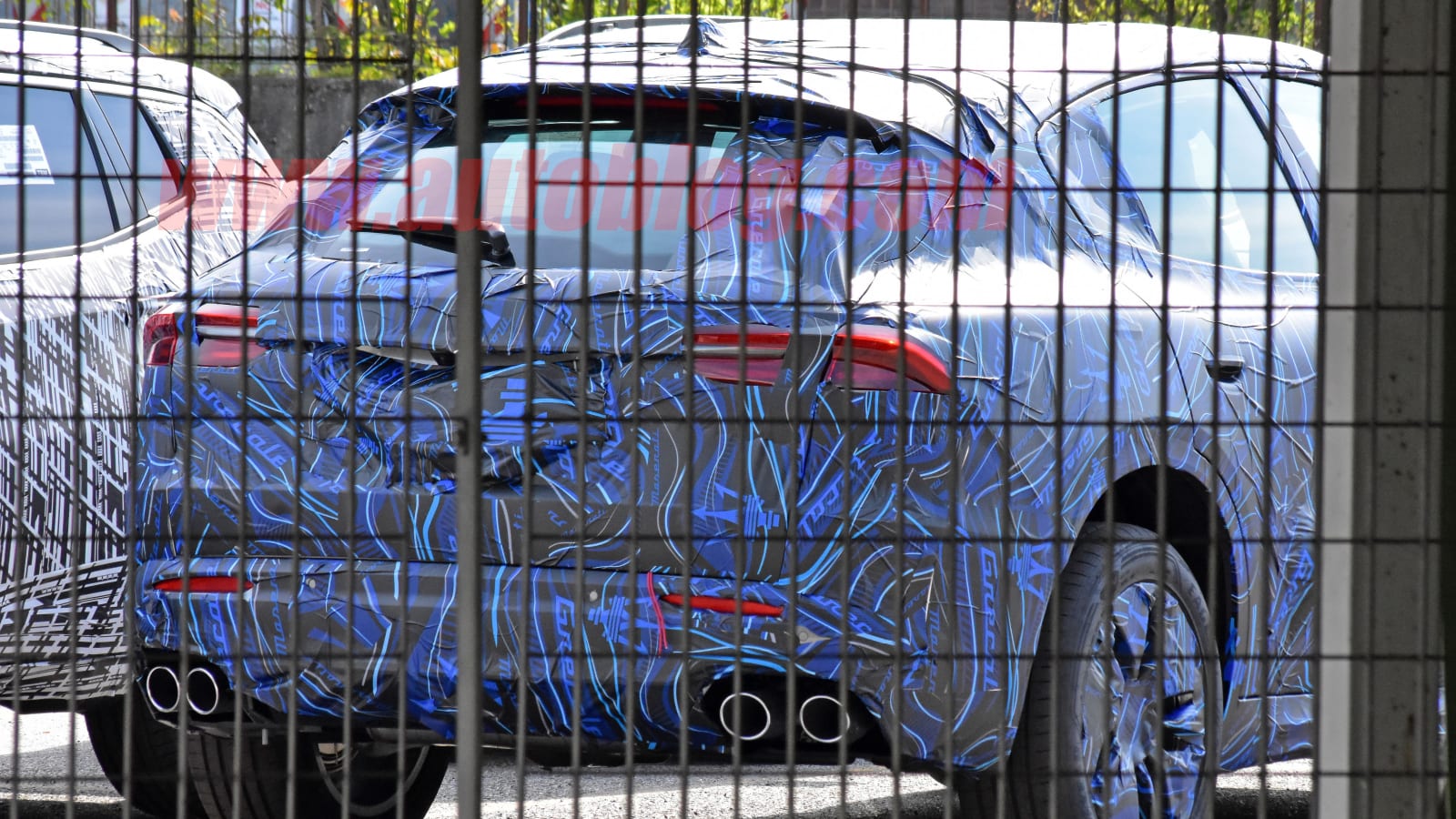 Those big, wide hips are visible from the front three-quarter angle, but they’re extra dramatic from the rear. We have a feeling that the Grecale is going to look much sportier than the Levante does, and hopefully more handsome, too. The big, quad exhaust poking out the back is another big hint in that direction. All the powertrain details are still shrouded in mystery, but the likely options are a base four-cylinder turbo and a boosted V6 as the upgrade. We’ll be especially interested to see if the car launches with a Trofeo model to compete with other high-powered compact models like the Porsche Macan Turbo, BMW X3 M and Mercedes-AMG GLC 63.

From the shape we can see here, it looks like the Grecale will be a traditionally-shaped crossover, albeit one with a pretty severe angle to its rear window. There’s a fairly large hood of a rear spoiler to hang over that window, but the dominating feature out back are the horizontally-stretching rear taillights. Everything else is covered in camo, so we’ll need to wait for Maserati to reveal its secrets when it’s good and ready.