The 2022 Hyundai Tucson is officially in production. Hyundai’s pointy, redesigned compact crossover kicked off its production run a short time ago at its new home in Montgomery, Alabama.

This marks the first time that Hyundai has assembled the Tucson in the U.S., having been put together in South Korea previous to the new model. It joins a host of other products being built at the Hyundai Motor Manufacturing Alabama plant. Other models built there include the Sonata, Elantra and Santa Fe, bringing the new total up to four cars.

Hyundai provided a large cache of photos to observe, which is perfect, because the Tucson is quite the looker. Its new angular bodywork and eye-catching front lights make it unmistakable as a Tucson. That’ll help it stand out in the crowd of largely homogenous crossovers in this class, but it’s also a potential source of criticism. 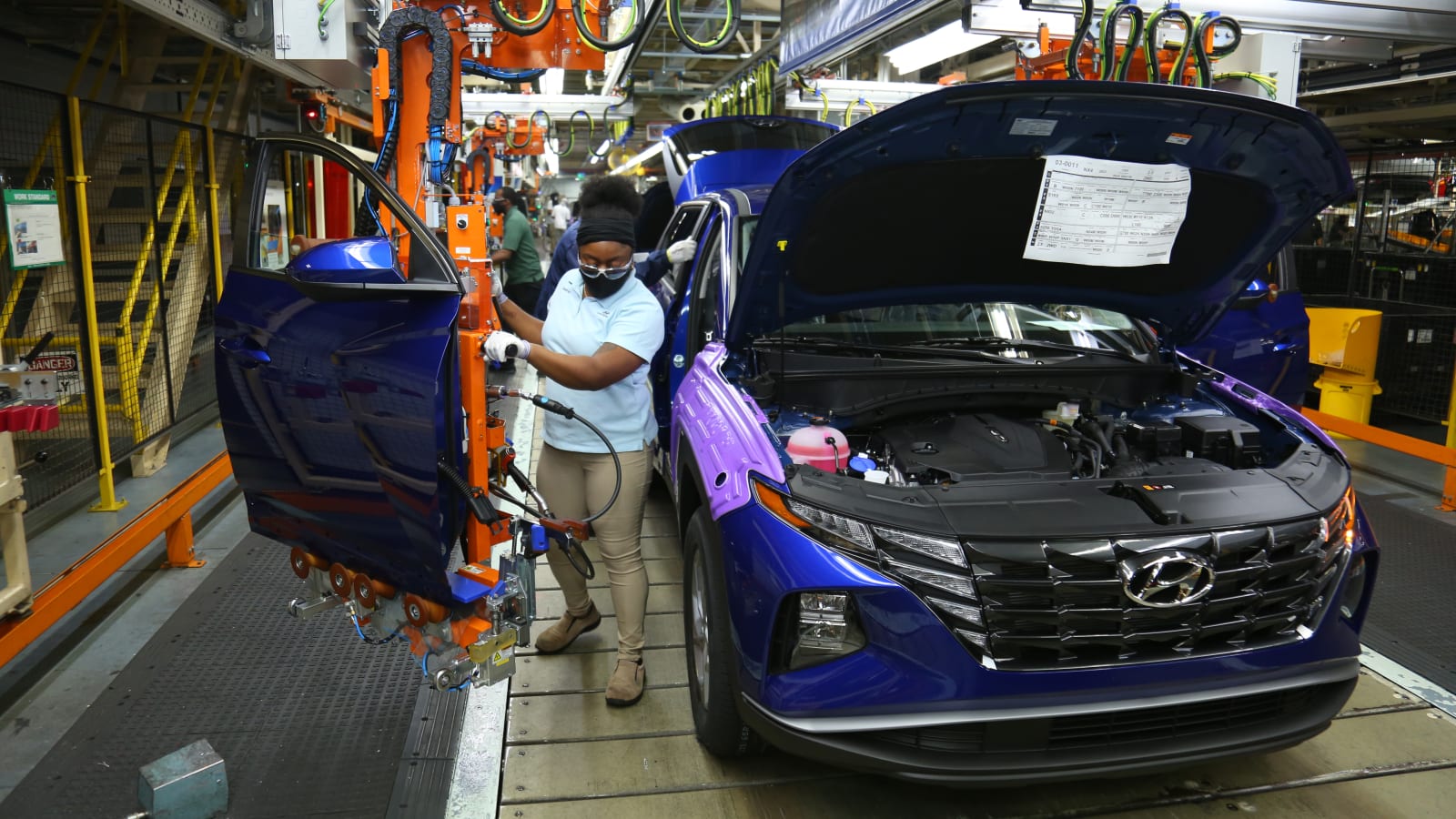 Three different powertrain options will be offered: standard gas engine, hybrid and PHEV. Hyundai says that the Montgomery plant will only “supply internal combustion versions of the Tucson to the North American market.” The electrified models will be built elsewhere.

We’re getting the gas-only and standard hybrid models first for sale, and the PHEV will follow in the months to come. Hyundai says you should expect to see the new Tucson on dealer lots come spring this year. If you want a full deep dive into all that’s new with the redesigned Tucson, check out our detailed reveal post here.