The 2021 Volkswagen Atlas provides the basics in a great big package. Anybody in search of a large, three-row family crossover will find a properly spacious one here. Each seating row is so large that you could comfortably fill the Atlas exclusively with 6-footers, while more of their luggage will be able to fit inside than in virtually every competitor. All this, and it’s both equipped and priced right in line with the main competition from Japan and the United States.

Don’t come looking for traditional German refinement and quality, however, as VW prioritized real estate and cost over interior style and driving dynamics. None of the crossovers of this stature are especially enjoyable to drive, but the Atlas’ underpowered engines, cumbersome handling and high-seas ride quality put it toward the back of the pack. The interior is also a letdown. The design is boring, especially compared to more compelling interiors from the Hyundai Palisade and Kia Telluride, and even top-dollar trims offer little in the way of a premium environment (and little improvement over cheaper versions). Basically, function and value won over form in the Atlas. This being the case, we think the cheaper trims represent the Atlas at its strongest and would recommend those over one of the more expensive models.

Volkswagen put the 2021 Atlas through the model’s first significant freshening this year. It gets revised styling iwith new bumpers that extend the Atlas’ total length by 3 inches. Yeah, it got even bigger. New LED lights in front and back further differentiate it from the 2020 Atlas. On the inside, VW gave it a new 8.0-inch touchscreen infotainment system that adds WiFi and compatibility with VW’s smartphone app. Two driver assistance features — Travel Assist and Emergency Assist — are also made available for 2021.

Not much has changed on the powertrain front, with the notable exception of VW adding an all-wheel-drive option for the standard 2.0-liter turbo engine. It’s also now the standard engine on every trim except for R-Line trims. Those will continue to come standard with the V6. 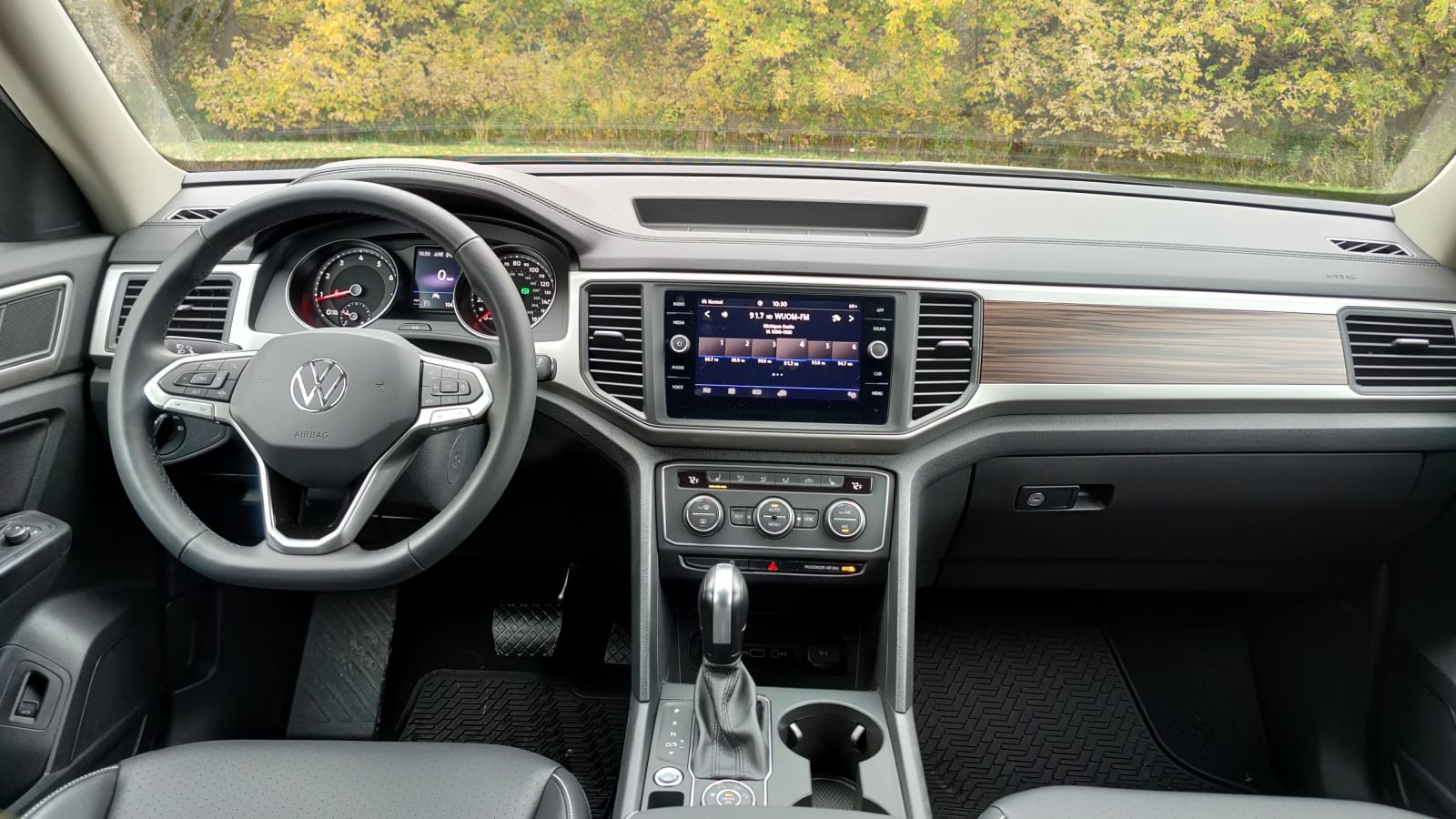 Interior materials and overall ambiance are disappointing. There is classically austere German design and then there’s just plain – the Atlas falls into the latter category. That’s especially true in the lower trims, but even swapping out the silver plastic accent trim in the S (pictured above left) for the unusual wood-ish substance of the other trims (at right) doesn’t snazz things up enough. The quality of plastics, particularly on the center console, is worse than what you’d find in rival SUVs. Upmarket interiors used to be a Volkswagen trademark. Today, it’s space and value, which might be fine for many shoppers.

In-car technology is a better situation. Even the base Atlas S includes Apple CarPlay and Android Auto plus a touchscreen that’s easy to use and see, if a bit small at 6.5 inches. There are only two USB ports, however. Stepping up to the SE trim adds an extra three USB ports, satellite radio and the newly updated 8-inch MIB3 infotainment screen. That’s the infotainment situation for all the upper trim levels, though the SEL does boast the Volkswagen Digital Cockpit that replaces the standard gauge cluster with one digital display. It can simulate regular gauges, or minimize them to show a large navigation map, audio interface or other display.

How big is the Atlas?

The Atlas is enormous, and VW made it 3 inches longer this year. Quite simply, if you need more space than this, you really have no choice but to go with a minivan or a full-size SUV like a Ford Expedition. Even the Chevrolet Traverse, which surpasses the Atlas in most dimensions, isn’t so much bigger to really matter. (Note that there is also the Atlas Cross Sport that seats five, and is shorter in length and height. We review separately)

Like competitors, there is a second-row three-person bench seat available for an eight-passenger capacity or captain’s chairs with a seven-person capacity. We’ve tested examples with the bench, which is 60/40-split and slides further fore and aft than those of competitors. This allows you to bring children in car seats closer to mom and dad, or free up even more third-row legroom. They also allow for a much larger pass-through to the third row than other crossovers can manage.

Not only is it easier to get into the Atlas’ third row, it is more spacious once you get back there. As we detail in the video above, someone 6-foot-3 has more than enough head- and legroom in the third row. True, you probably won’t be stuffing NBA point guards back there, but whoever is in the way back will be less cramped and just generally happier.

As for cargo capacity, as you can see in our luggage test video below, the Atlas’ 20.6 cubic-feet of space behind that raised third row allowed us to stow three carry-on roller suitcases, one mid-size check-in suitcase and an overnight bag. None of the other three-row crossovers we’ve luggage tested have matched it. In terms of maximum cargo space with all rows lowered, its 96.8 cubic-feet is only outdone by the Traverse (barely), minivans, and those full-size SUVs.

What are the Atlas’ performance and fuel economy?

Paired with both front-wheel-drive and all-wheel-drive, the base 2.0-liter turbocharged four-cylinder engine (2.0T) produces 235 horsepower and 258 pound-feet of torque. That output arrives earlier in the rev range than the available V6, meaning it actually feels a bit quicker off the line. It’s also literally quicker than the SEL, since the SEL’s extra equipment results in a much heftier curb weight. Its fuel economy is average for the segment at 21 mpg city, 24 mpg highway and 22 mpg combined with FWD and 20/24/20 with AWD.

The available 3.6-liter V6 (dubbed VR6) can be paired to front- or all-wheel drive, and comes standard on the R-Line trims. It’s optional on the SEL and SE w/ Technology trims. The VR6 produces 276 hp and 266 lb-ft of torque, meaning both available engines are underpowered for the segment. It too gets an eight-speed automatic standard. Fuel economy maxes out at 17 city, 23 highway and 19 combined with FWD and 16/22/18 with AWD. Those figures are low for the segment.

The Atlas doesn’t suffer with the base four-cylinder engine as you might expect. Acceleration can actually be quicker than the VR6 model, and we found that having less weight to lug around makes the four-cylinder Atlas lighter on its feet and less cumbersome around corners. It’s still no impressive handler.

Now that you can get all-wheel drive with the four-cylinder, there’s even less reason to go for the V6. That bigger engine’s acceleration is never as brisk as you’d find in most competitors, and handling is also a bit ponderous, both in comparison to the four-cylinder model and rival SUVs. The steering is at least pleasantly linear in effort regardless of engine, and free from the extra-numb on-center feel of other Volkswagens.

As for the ride, it’s very springy. The Atlas bounds and floats over undulations, yet greets manholes and broken pavement with typical Germanic firmness. The extra pounds added by the heavily equipped SEL we tested settle those high-seas body motions a bit, but the Atlas’ ride is always excessively soft.

What more can I read about the VW Atlas?

2019 Volkswagen Atlas S Review | Back to the basics

We test the cheapest version of the Atlas: the S trim with front-wheel drive, a four-cylinder engine, cloth seats and few gadgets and gizmos.

The Cross Sport loses the third-row seat and a bunch of length, chops the roofline and makes the styling a bit sportier. It’s still relatively enormous, though, and not a bad choice if lots of cargo space is more important than eight-passenger seating. 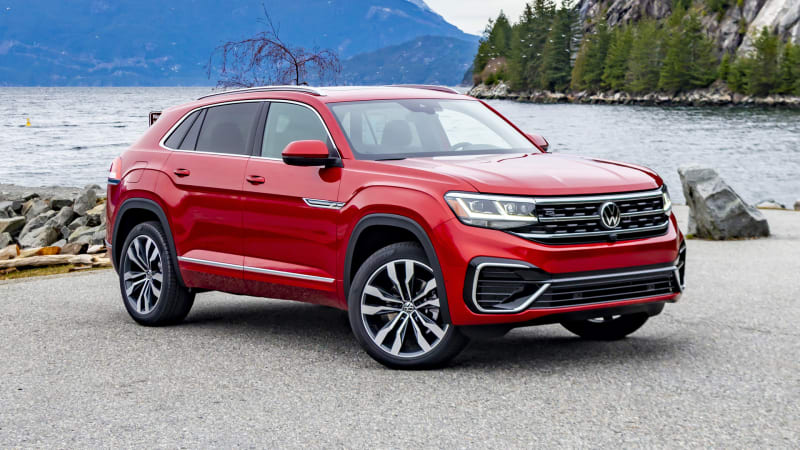 What features are available and what’s the Atlas’ price?

Pricing for the 2021 VW Atlas starts at $32,750 including the $1,195 destination charge. The 2.0T base engine comes standard with front-wheel drive and is standard on all but the R-Line trims. Adding all-wheel drive adds $1,900 to the price. The 3.6-liter VR6 engine can be paired with FWD or AWD in the SE and SEL trims, and AWD is standard on the SEL Premium and Premium R-Line trims.

You can find a full breakdown of trim levels, features, specs and local pricing here on Autoblog. Base pricing for each trim level is below. 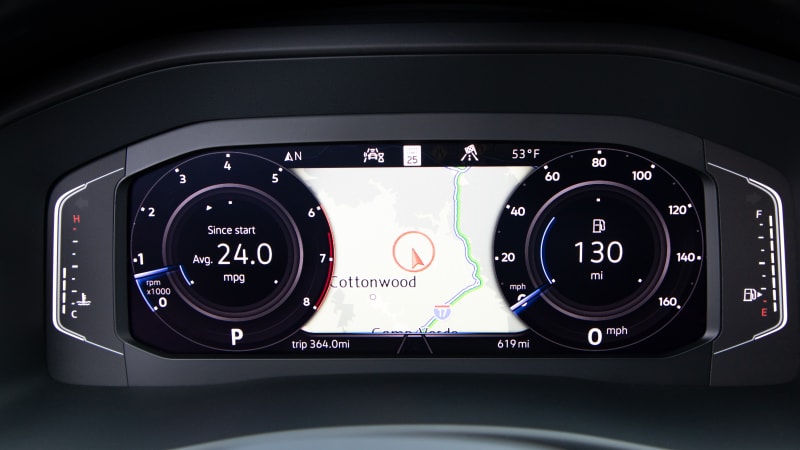 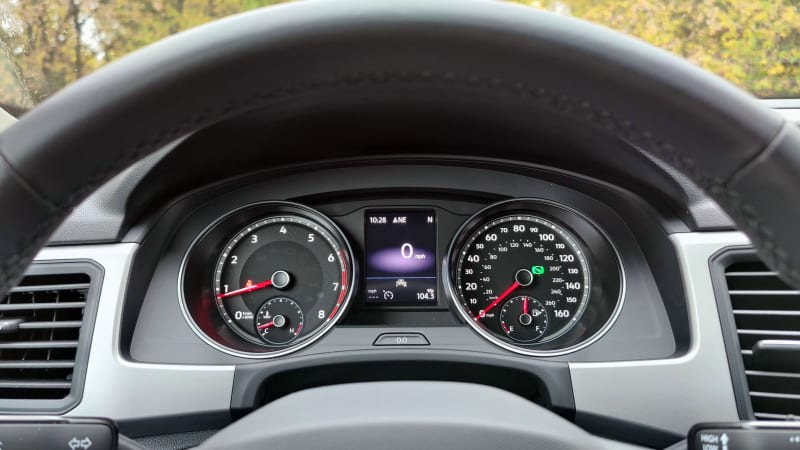 What are the Atlas’ safety equipment and crash ratings?

In government crash tests, the Atlas scored a perfect five stars for overall, frontal and side crash protection. The Insurance Institute for Highway Safety gave it the best possible ratings in all crash tests, plus a rating of “Superior” for its frontal crash prevention systems. It fell short of a Top Safety Pick award due to a “Marginal” headlight rating for the S and SE trims. All higher trims received a “Good” headlight rating. Its LATCH anchors also received a third-best (or second-worst) “Marginal” rating for being difficult to access.