The best Memorial Day deals to get you ready for summer

GM Design shows what could have been and what might be

Toyota will reveal some sort of crossover next week

Rivian delays deliveries of the R1T Launch Edition by one month

2022 Prius becomes the 11th Toyota to get the Nightshade treatment

2022 Morgan Plus Six and Plus Four get even more modern

Bugatti Chiron Pur Sport | It's the slowest but the quickest

The 2021 Jaguar XF has arrived. After a series of pandemic-related delays, Jaguar Land Rover’s latest models have finally started appearing stateside, ready to find their way into the waiting hands of buyers thirsting for options after a year of economic uncertainty.

Like just about everything else in the Jaguar lineup, however, the XF was also subjected to a dramatic tidying-up for the 2021 model year that leaves it cheaper, simpler and, sadly, quite a bit less exciting. While Jaguar’s crossovers get new powertrain options as part of a simultaneous future-proofing effort, the big upgrade for the 2021 XF is an overhauled cabin.

Just about every visible component in the XF’s interior is new for 2021. The 11.4-inch Pivi Pro infotainment system gets a swanky new magnesium frame to go with its complete software overhaul. The new system plays nicely with Android Auto and Apple CarPlay and is capable of over-the-air updates. Jaguar has also added a number of standard features including proximity entry, wireless phone charging, active noise cancellation, a surround-view camera system and a 12-speaker Meridian sound system, all for $45,145.00 – about 10 grand cheaper than a base Audi A6, Volvo S90, Mercedes E-Class or BMW 5 Series. 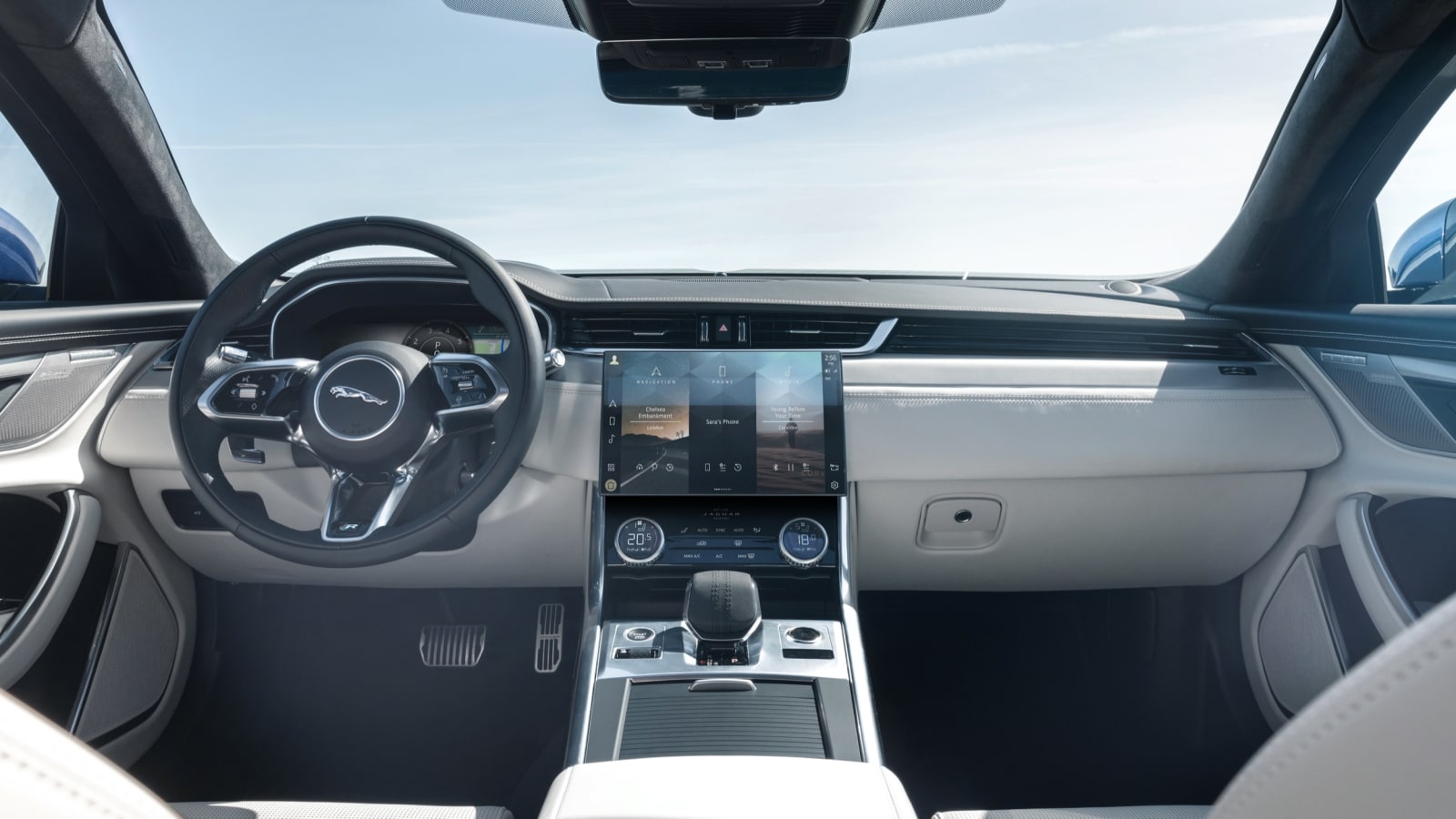 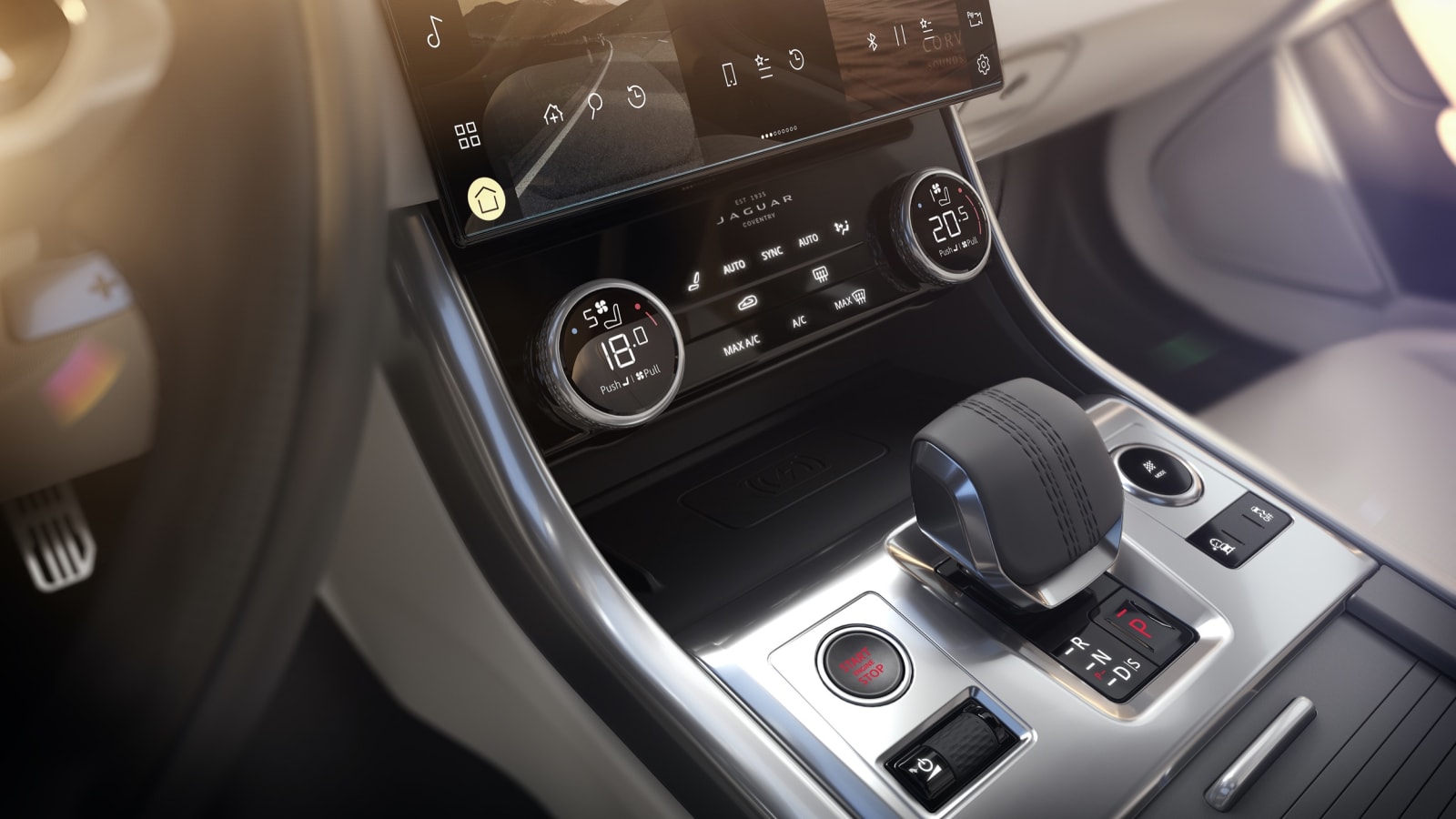 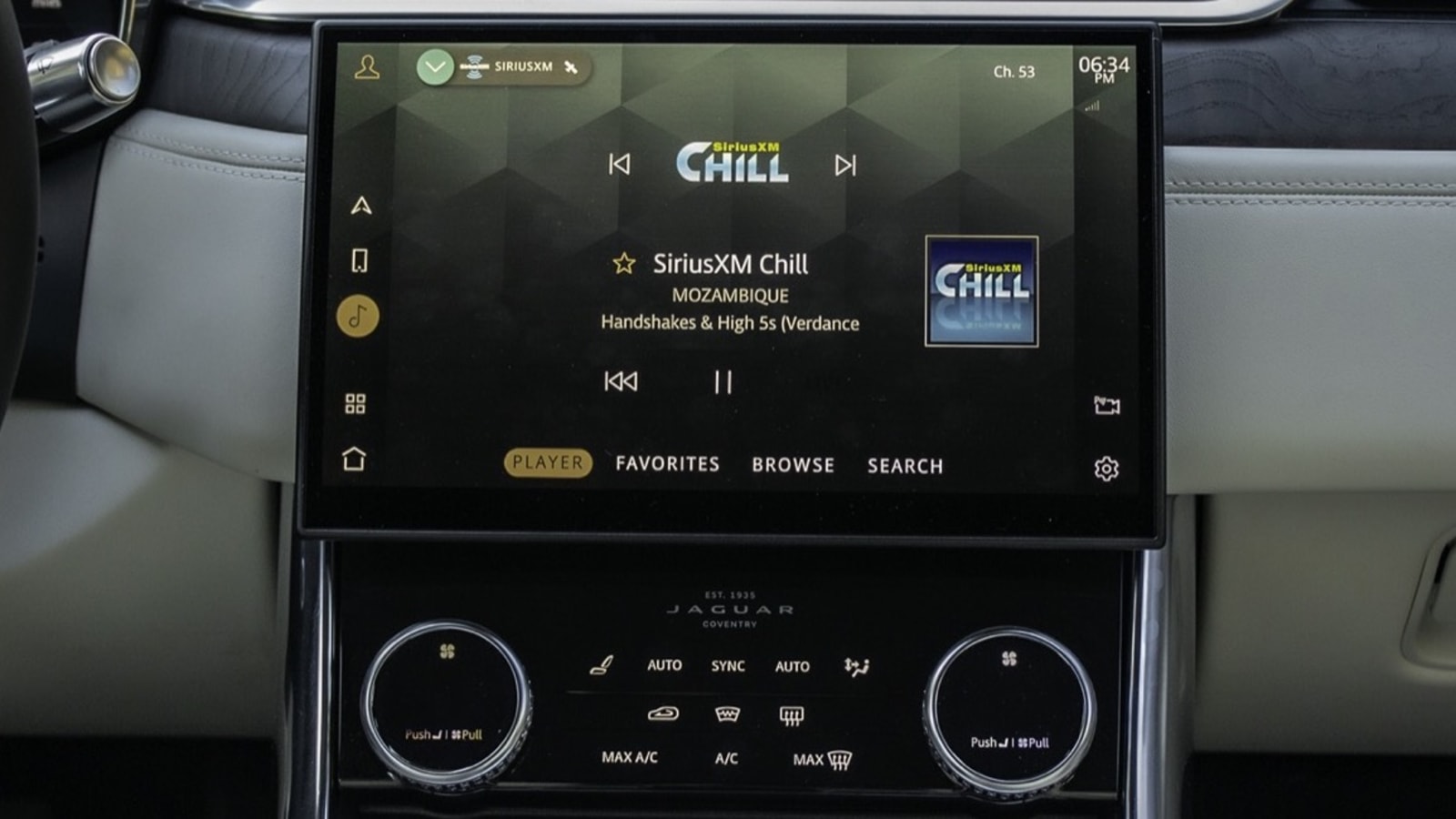 There’s bad with the good, however. In case you missed it, the XF is now Jaguar’s only sedan, and the downsides don’t end there for four-door fans. Jaguar not only got rid of its other sedans, it also pared down the XF to just a handful of variants. Wagon? Nope. Bigger engines? Nuh-uh. In 2020, Jaguar offered 10 different versions of the XF; this year, that number is three: P250 S RWD, P250 SE RWD and P300 R-Dynamic SE AWD.

Helpfully, Jaguar names its models for their engine output figures (in PS; yep, still British). The P250 variants make 246 American horsepower and 269 pound-feet of torque and are offered exclusively with rear-wheel drive; the P300 R-Dynamic SE picks up another 50 horses and 27 lb-ft, along with an extra pair of driven wheels. Both utilize an eight-speed ZF automatic; both get the same size front and rear brakes.

And that’s it. No six- or eight-cylinder variants. If you want more fun, look into an F-Pace. Welcome to 2021.

If you were hoping for a redeeming description of a slimmed-down, lightweight XF’s sporty driving dynamics right about now, sorry, you’re not getting that either. The XF is firmly in the midsize luxury category, and even the lighter P250s still weigh more than 3,800 pounds and the standard all-wheel drive pushes the P300 north of 4,000. 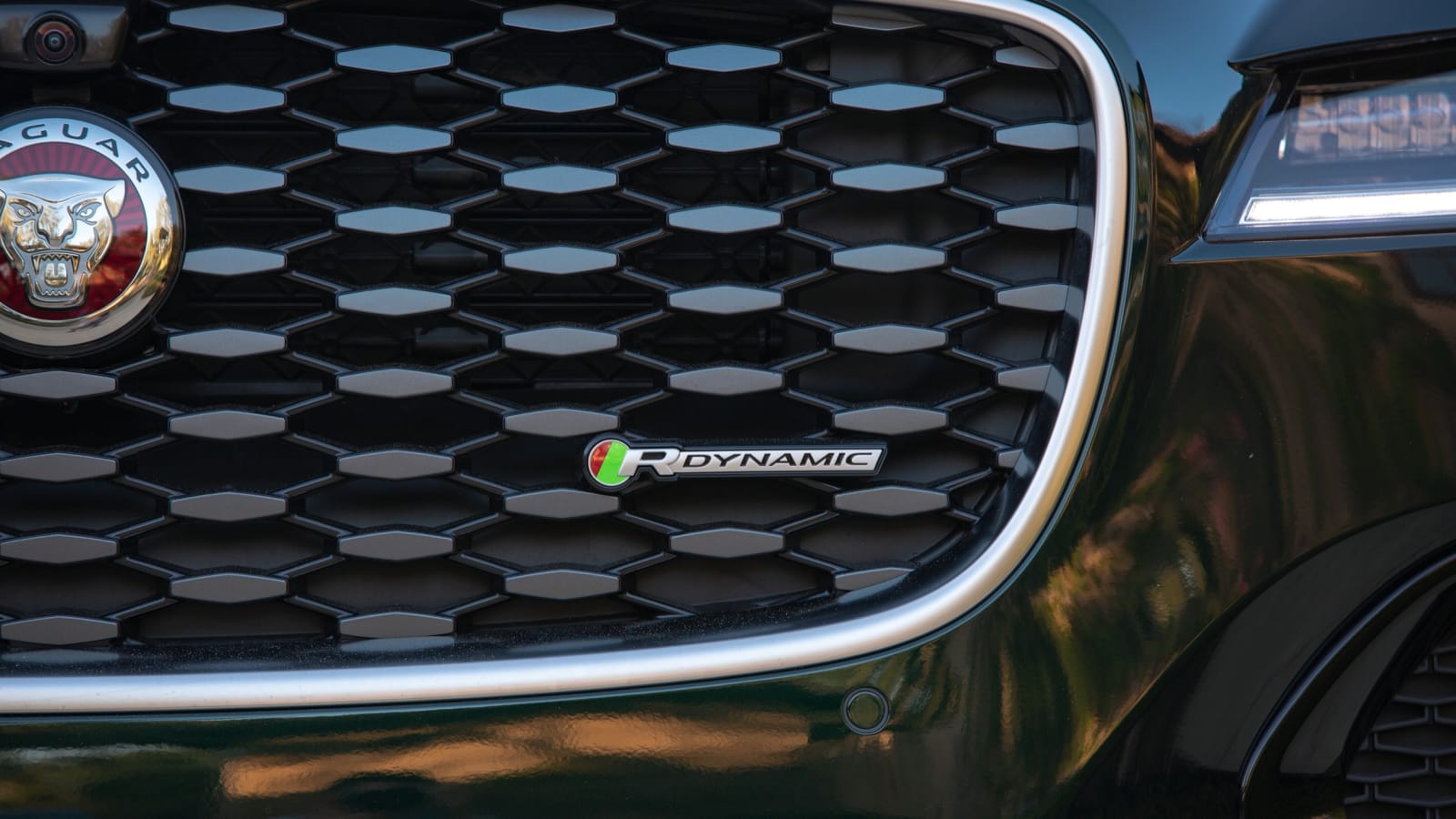 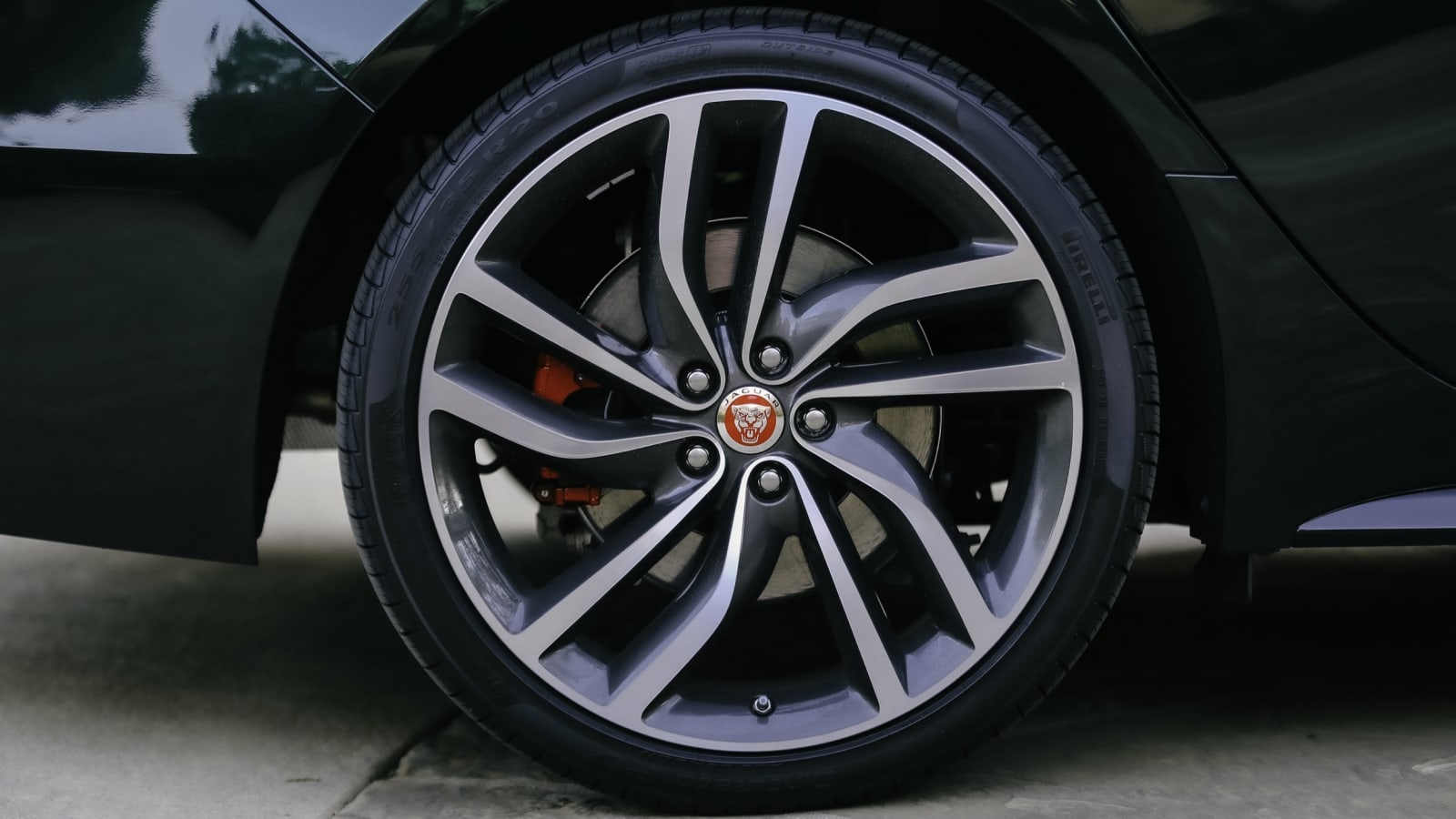 Fortunately, that weight actually does some good. While the XF may no longer bother itself with being sporty, it does still take its luxury mission very seriously. The four-cylinder is quiet, refined and punchy. Cruising on the highway is whisper-quiet, and while the available power may not quite get your water boiling, it’s enough that the XF doesn’t feel painfully slow.

In fact, so soothing is the XF’s ride that your author spent most of the drive loop with the radio off to better appreciate the serenity. Our tester was equipped with the Dynamic Handling package, which adds adaptive dampers and configurable drive modes, but we never really felt compelled to play around with them too much. Is it quicker in “Dynamic” mode? Yep, maybe a little bit, but the real takeaway here is that the sportiest suspension settings don’t detract too much from the ride quality.

Road construction and other shenanigans gave us the opportunity to play around with some of the XF’s in-cabin features. We could do without the pop-up drive mode selector knob, but the almost-conventional gear selector is a welcome reversion from the rotary-dial interface it replaces, and the rest of the XF’s interior controls are intuitive enough that we’ll give that head-scratcher a pass.

As in all of the cars Jaguar Land Rover gave us a chance to sample, the new Pivi Pro infotainment system is a total rock star. It’s quick, pretty and quite easy to use. Settings for each function are easy to locate and there’s very little menu-diving required for customization. The nav system in particular is a breath of fresh air. The best news here is that Pivi Pro is being rolled out across the entire Jaguar Land Rover product portfolio – what’s left of it, anyway. 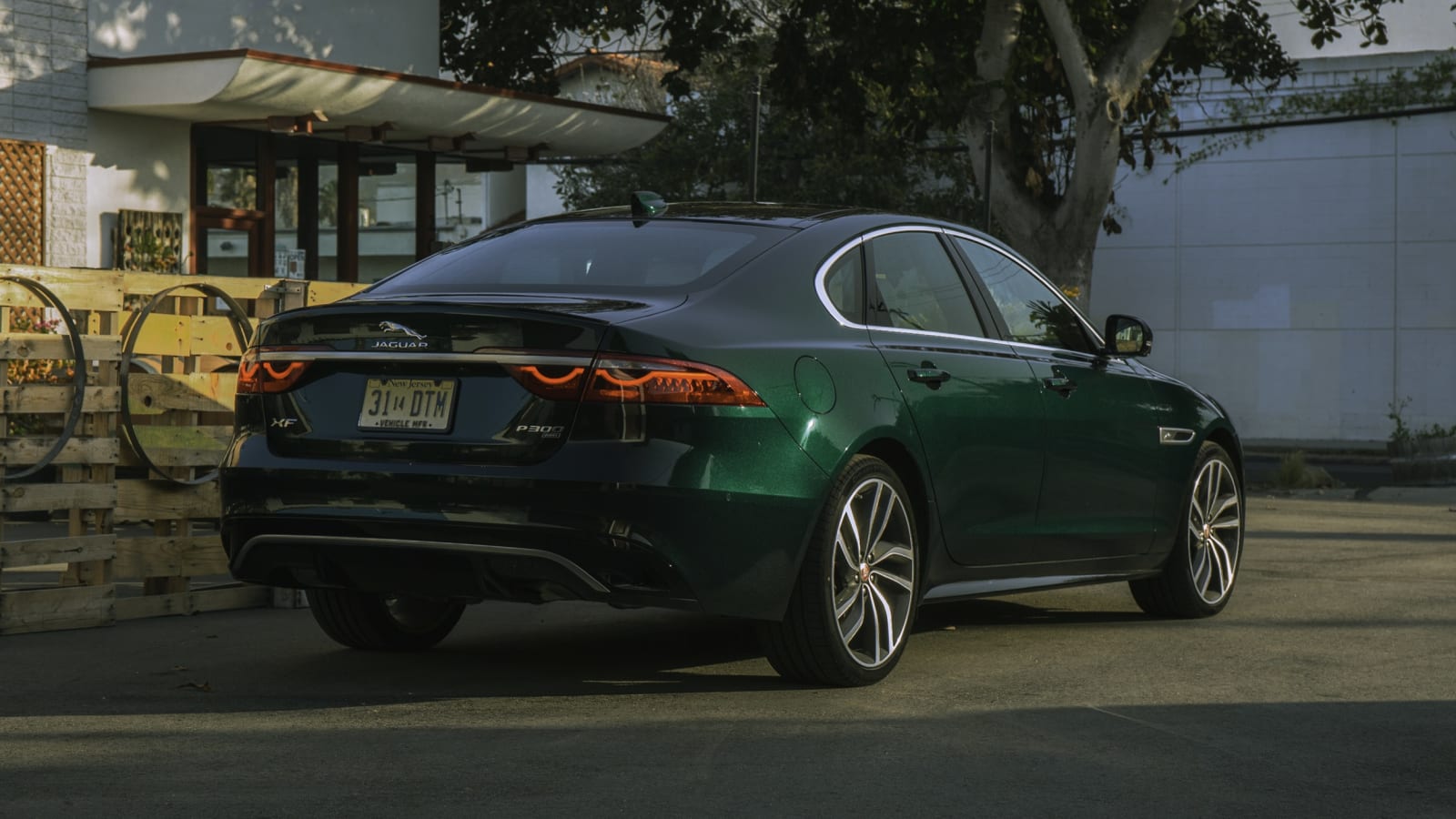 At the low end, the Jaguar XF is a value play, and in that context, it shines. Even at $51,145, a no-option P300 R-Dynamic is a pretty solid buy thanks to its generous standard equipment and solid fundamentals. Above that, though, all of the XF’s competitors do far more interesting things, even if they do come at a correspondingly higher cost.

Jaguar’s brand presentation made room for “Lifestyle” vehicles (those ending in -Pace), “Sports” vehicles (ending in -Type), and “Luxury” vehicles, (starting with X). The XF represents the entirety of that Luxury arm – for now. Jaguar has made it clear that the future of its brand lies in electrification. Now that the replacement for the larger XJ sedan and its dedicated electric variant have been canceled outright, it seems to us that those future electrics will very likely be crossovers.

If that’s the case, the XF could go down as the last entry in Jaguar’s four-door ledger. And what a shame that would be.