The Tremor will slot in between the FX4 off-road package and the forthcoming Raptor. With this hierarchy, Ford is working toward being able to sell an F-150 to the off-pavement traveler on just about any new-truck budget. In other words, think of the Tremor as a minor-league version of the outgoing Raptor.

That may sound generous, but bear with us. Like the old Raptor, it’s powered by the 3.5-liter version of Ford’s EcoBoost V6 series. For 2021, there’s just one version of this engine, and it produces a nice, round 400 horsepower; that’s 50 fewer ponies than the Raptor variant of the engine made last year, but it’s still respectable.

By all accounts, Ford is aiming for the buyer who wants some Raptor capability without the accompanying compromises (or price tag). Think of it as the Mustang Mach 1 of the F-150 lineup: more than a GT, but way less than a GT500.

“All the added capability comes without ignoring the core duties of a truck – outstanding towing and payload performance with a level of integration and technology only Ford can offer,” the company said in its announcement. 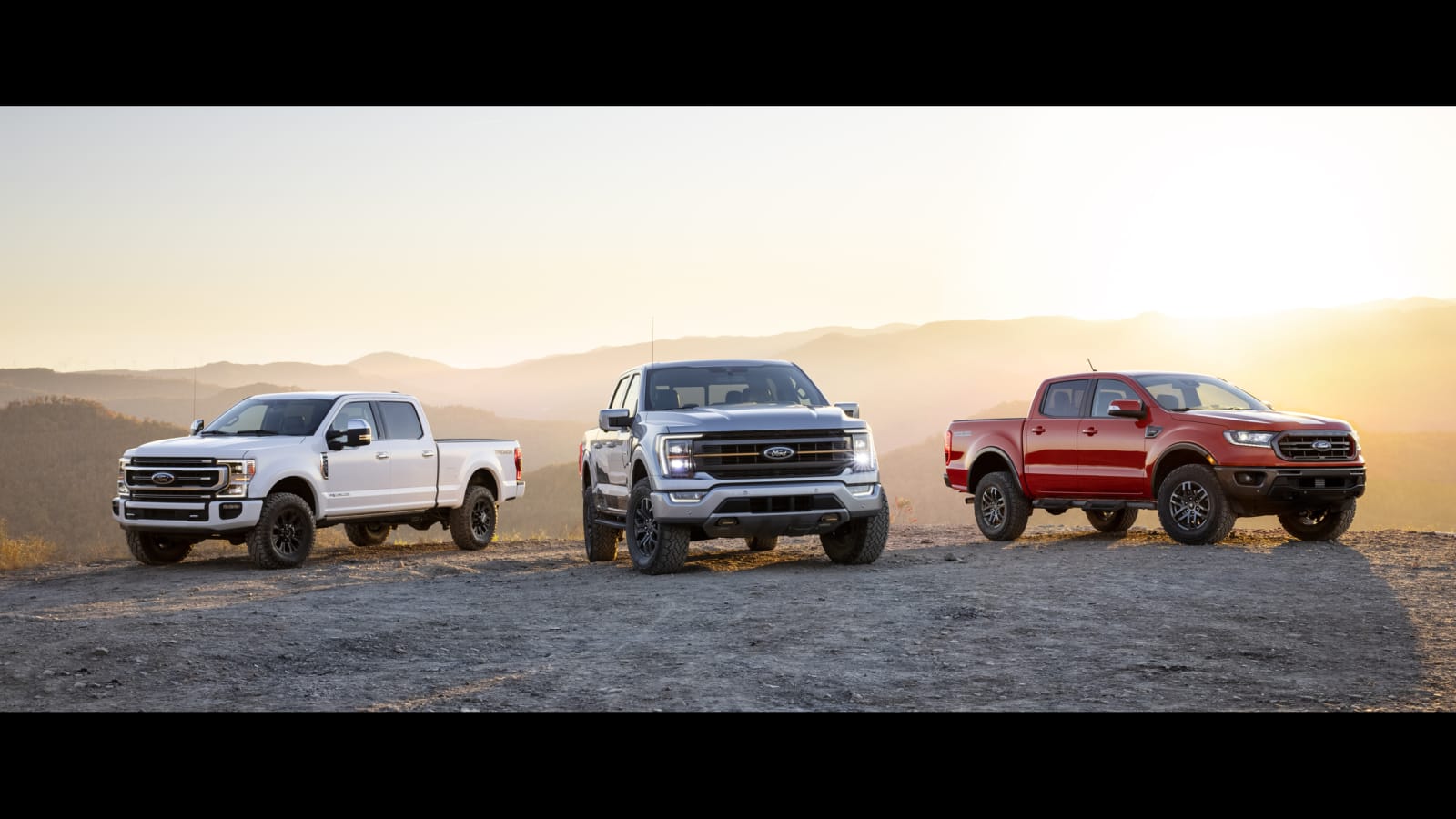 There are other goodies reserved for the Raptor too, like its jump-friendly suspension travel and nine-stage Fox shocks, but the Tremor does get a reasonably decent list of upgrades. Standard improvements include unique front hub knuckles and upper control arms, model-specific front monotube and rear twin-tube shocks, 33-inch all-terrain tires mounted on 18-inch wheels, a one-inch wider stance, and a Raptor-inspired front skid plate.

Compared to a standard F-150 4×4 of the same configuration, the Tremor gains 1.5 inches of ground clearance in the rear and one inch up front. Ford says this is all good for an approach angle of 27.6 degrees, breakover angle of 21.2 degrees and departure angle of 24.3; the equivalent last-gen Raptor checked in at 30.2 degrees, 21.8 degrees and 23 degrees, respectively.

The Tremor also gets the FX4 off-road package’s powertrain programming and drive modes, plus some new tricks of its own, including a one-pedal trail driving mode. Inspired by modern EVs, this feature is exactly what it sounds like — a high-precision drive mode that tells the truck to apply the brakes as the driver lifts off the accelerator.

This middle-path approach gains even more nuance thanks to a three-grade strategy for this new entry. While all models will receive the same core suspension upgrades, locking rear differential and optional Torsen limited-slip differential (late availability), some upgrades — such as a Raptor-inspired torque-on-demand transfer case — are restricted to the upper trim levels.

Inside and out, you get some unique visual touches, including “Tremor” branding on the fender vent and embroidery on the seats. For the time being, Ford is only planning to offer the Tremor in a SuperCrew configuration with the 5.5-foot box. It’s slated to go on sale next summer, and we expect pricing to be announced when it becomes available to order.