The Lamborghini Urus is the ultimate super-SUV, and you can win one here

Fiat announces an all-EV transition by 2030

Bentley revealed its Continental GT3 Pikes Peak car to us earlier this year, but was short on engine details. That left us especially curious, as Bentley foreshadowed lots of modifications and a promise that it’d run on a renewable biofuel. Of course, more power than standard was expected.

Today, all the details of this wild Bentley are available. Its 4.0-liter twin-turbo V8 engine will make “more than” 750 horsepower and 738 pound-feet of torque. That’s a 100 horsepower increase over the most potent street version of the Continental, the Continental GT Speed.

How’d Bentley do it? For starters, Bentley began with the GT3 race version of its 4.0-liter V8, not the street version. But Bentley went to town on this race engine for Pikes Peak anyway. It has new pistons and connecting rods, plus the boost is turned up to 2.2 bar with larger turbos. The carbon fiber intake manifold is reinforced and made thicker than the standard one. Plus, one-off exhaust manifolds made from Inconel alloy by Akrapovic are fitted. The exhaust ultimately exits via very short pipes just behind the front wheels. Not very Bentley-like. 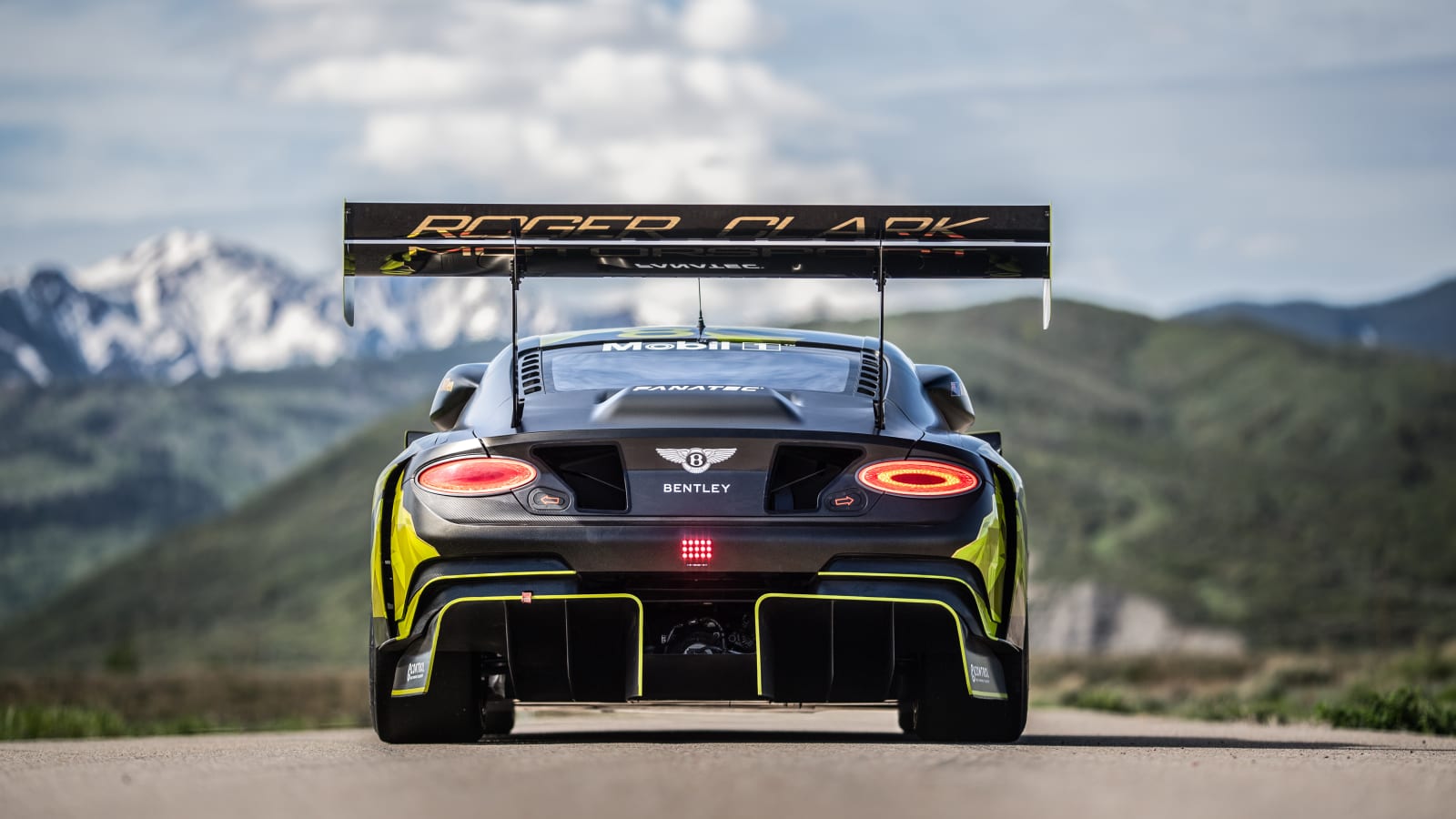 Cooling is reinforced by a secondary cooling system positioned in the rear of the car. The rear windows are traded for air scoops that channel air through a second radiator, exhausting heat through ducts in the trunk lid. It all runs off a dedicated secondary water pump. Another change you’ll find at the rear is a new driveshaft with a larger diameter for better durability.

The biofuel Bentley uses is called 98RON Renewable Racing Fuel, and Bentley says it is “a dedicated blend of advanced biofuels specifically designed for motorsport, and is a technological stepping stone to sustainably-created eFuel with a greenhouse gas reduction of up to 85%.” Bentley didn’t say what the emissions reduction was for this specific biofuel in the Pikes Peak car.

When it comes to handling, Bentley says it has significantly modified the GT3 setup. It’s running far more camber in front and rear. Softer springs and anti-roll bars were fitted to allow more body movement and maximize weight transfer for braking (keep in mind all your braking will be done while going straight uphill). Plus, the brakes themselves are newly water-cooled to handle the extreme loads that this hill climb will put on them.

You can watch out for Bentley’s attempt at a record on June 27, a day that will mark the 99th running of the Pikes Peak International Hill Climb.