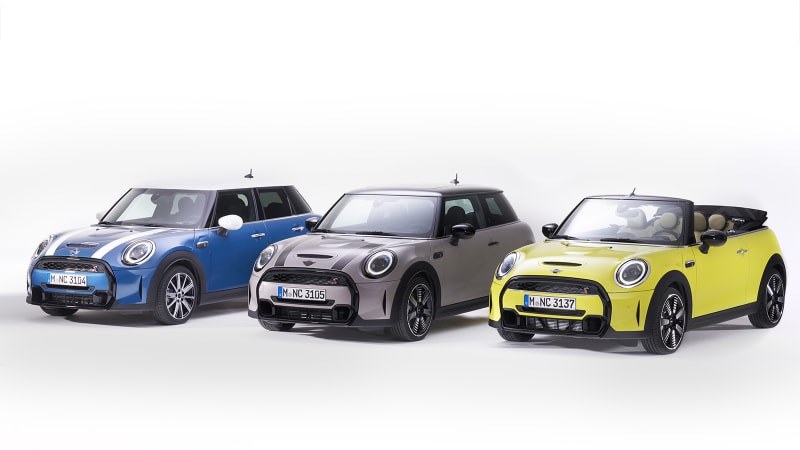 The current Mini Cooper Hardtop and Convertible models, while still generally fun and stylish, are getting up there in years. The last total redesign came in 2014, with some minor updates to keep it fresh. For 2022, Mini is going with another refresh instead of an all-new model, and it seems to have cribbed notes from BMW’s design team.

There’s no getting around it, the updated Mini models have a big grille. And that wouldn’t necessarily be a bad thing, the classic pre-BMW Minis had large grilles, but it’s also messy. Every version gets a thick black grille surround that extends to the base of the bumper, and it blends into the black air dam. It makes it look overly big and hard to tell where it begins and the edge of the bumper begins. The body color center section makes it look like the grille frame was just laid on top of a plain bumper, and the various openings look a little like afterthoughts. The base Mini Cooper has the simplest design, which helps things somewhat, while the S and John Cooper Works models have bigger openings and more grille mesh. 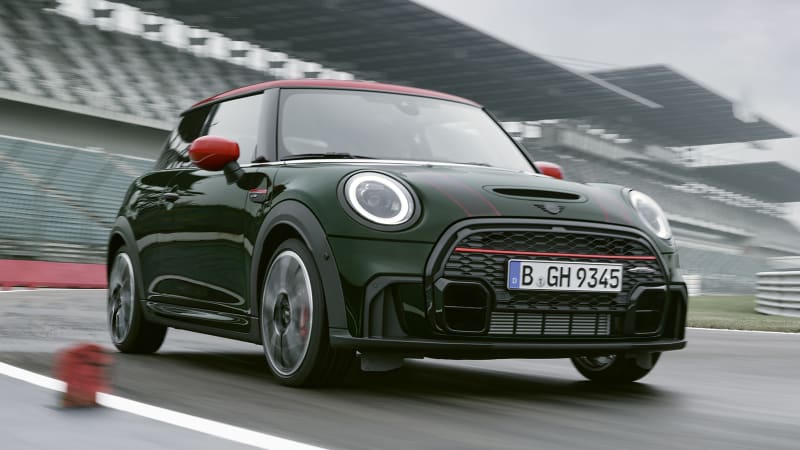 Grille aside, there are other small styling changes inside and out that are much less controversial. Mini is ditching fog lights mounted low in the bumper for minimalist openings and integrated fog lights in the main headlamp housings. The fender garnishes that Mini calls “side scuttles” have been given a tweak and some thin, long turn indicators. At the back, the rear fog lights and reflectors are gone completely for a cleaner design. A new option is the Multitone Roof that features a gradient with Soul Blue, Pearly Aqua and Jet Black. The interior is similar to the current model, but the analog speedometer has been replaced by the digital cluster introduced on the Mini Cooper SE and John Cooper Works GP. Also, the center air vents are now integrated into the dash panels and the steering wheel and ambient lighting arrangement have been redesigned.

Mechanically, the Mini lineup is completely unchanged with the same engine and transmission offerings as before. That does mean that manual transmissions will continue to be available. Mini has added some new standard features to the lineup, though. All models now get an 8.8-inch infotainment screen as standard, and the interface has new graphics. Apple CarPlay and satellite radio are also included, though Android Auto is still unavailable. Lane-departure warning is now standard, and adaptive cruise control now has stop-and-go functionality. 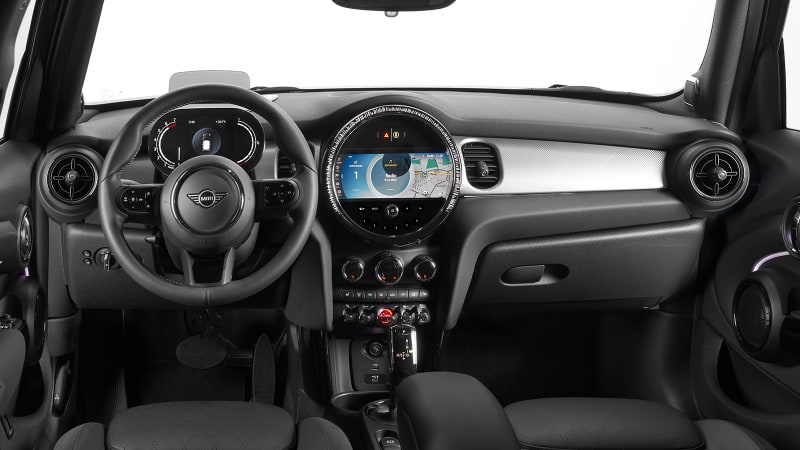 Base pricing for the Mini Hardtop and Convertible range increases by $500 across all models except the electric Cooper SE; its pricing is unchanged. The starting price for each model is listed below. Four-door Hardtops add $1,000 to the base price, and the convertible adds $5,000 to the base price. Production of 2022 Mini models starts in March, and they should show up at dealers soon after.