2022 Jeep Grand Wagoneer debut date is set, and we get another teaser

The 24 Hours of Le Mans postponed due to COVID-19 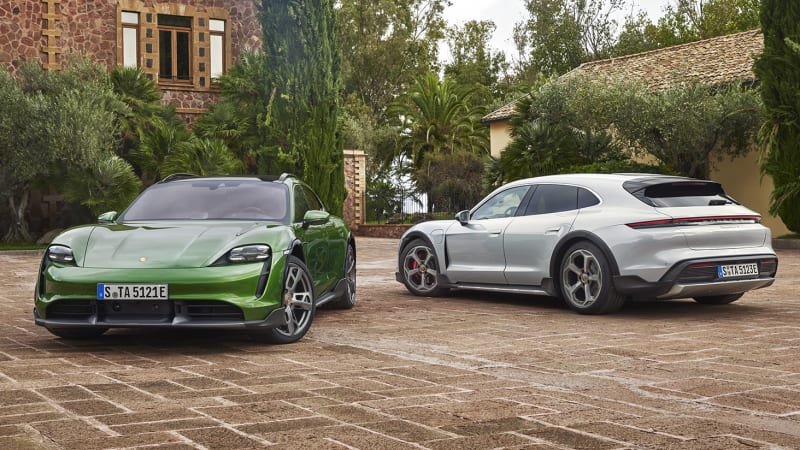 It’s finally here, the car we’ve been waiting for since 2018, the Taycan Cross Turismo. It’s also exactly what you would expect: a wagon variant of the Taycan sports sedan with some light off-road tweaks, from cladding to a bit more ride height. That’s plenty to be excited about, since it should be just as nice as the sedan, but with more space.

Obviously, the roofline is the big draw to the Cross Turismo, and besides giving it that wagon shape enthusiasts dig, it adds quite a bit of practicality. Headroom increases by 0.35 inch at the front, and a quite impressive 3.62 inches in the rear. Rear cargo space expands from 14.3 cubic feet to 15.7 in the Taycan 4 models and from 12.9 cubic feet to 14.3 in the Turbo models. That’s not a huge increase, but the hatchback shape, opening and folding rear seats means that maximum cargo volume is a handy 42.8 cubic feet for Taycan 4 and 4S and 41.3 for Turbo and Turbo S.

The Cross Turismo has other distinctive exterior changes. The lower edges of the car feature chunky black plastic extensions, which are available with aluminum-look accents. Black plastic fender flares give it a more crossover-y look, as does the extra 0.8-inch lift all Cross Turismos get. With the Off-Road Design Package, yet another 0.39 inch is added. The Cross Turismo also gets a panoramic sunroof as standard, along with two unique optional wheel designs, one of which is based on the wheels from the Mission E Cross Turismo concept car. 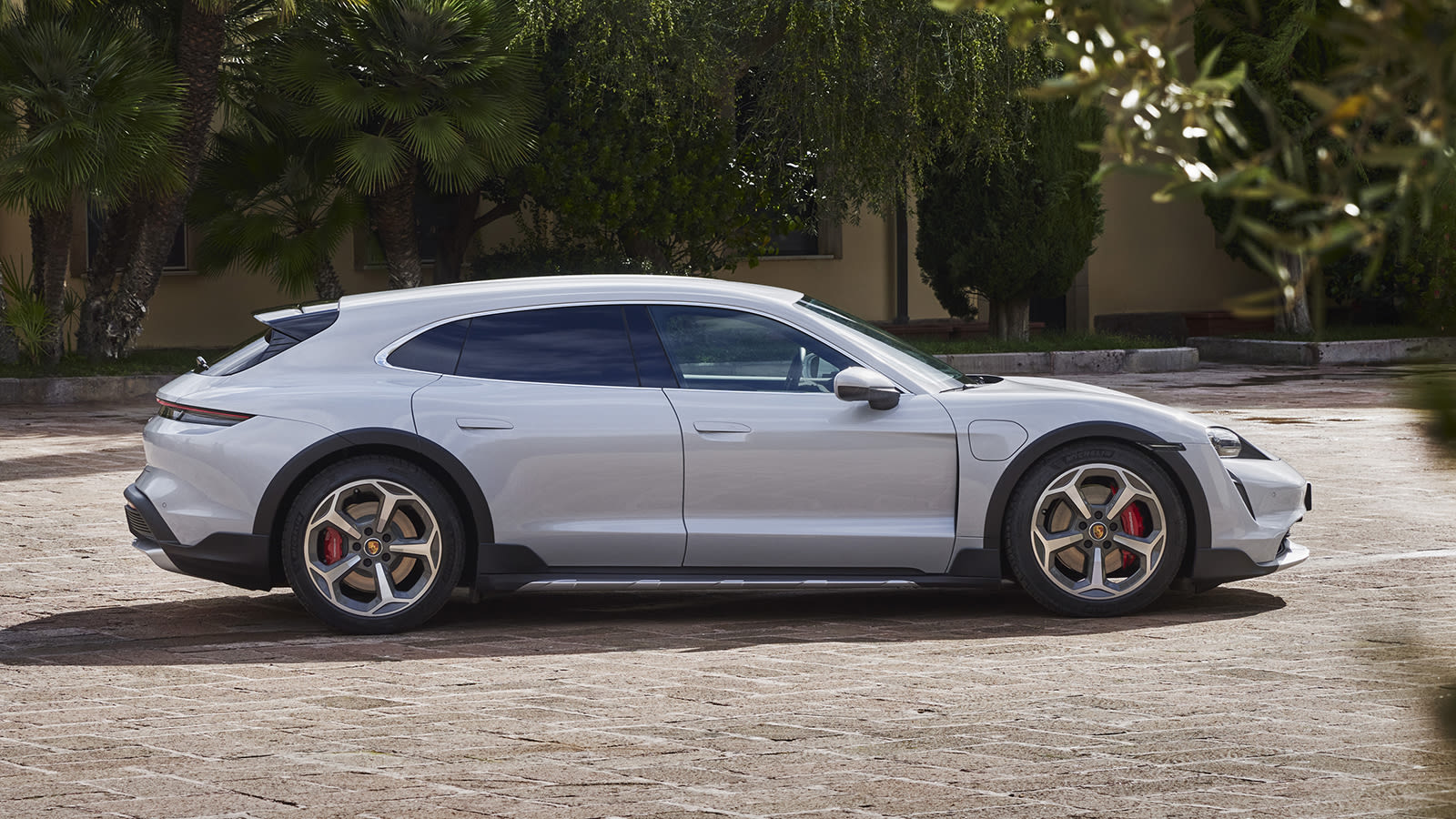 Mechanically, the Cross Turismo is basically the same as the regular Taycan, but it’s only available in all-wheel-drive versions with the larger 93.4-kWh battery pack. Range hasn’t been announced, but it should be similar to the 200-230-mile range of similar Taycan sedan models. The four trim levels are 4, 4S, Turbo and Turbo S. They all come with adaptive air suspension and a Gravel drive mode that lifts the car by 0.39 inch and adjusts suspension firmness and traction control settings to improve traction on rough, slippery surfaces. Power and 0-to-60 mph times are listed below.

The Taycan 4 Cross Turismo starts at $92,250, which is a major jump from the base, rear-wheel-drive Taycan’s starting price of $81,250. However, simply adding air suspension and the large battery will bring the price of that base Taycan to a much closer $89,230. So for that extra $3,000, you’re getting more power, all-wheel drive, a panoramic sunroof and extra space, making it an impressive value. Pricing for the other Cross Turismo models hasn’t been revealed yet, but expect them to be a bit more than the sedans they’re based on.

Yes, now Porsche will sell you an electric bicycle in either street or off-pavement versions in one of three sizes. Full pricing and specs for the bikes hasn’t been announced yet.

The Taycan Cross Turismo will go on sale this summer and the bicycles in the spring. Both will be available at your local Porsche dealer.