2021 Porsche Taycan base model gets its official EPA ratings

Hindenburg, which accused Nikola, now does the same to Lordstown Motors

Joey Ruiter's Consumer Car is hyper-minimalist and for sale

Ford Maverick compact pickup spied in most revealing look yet

Official EPA range figures are out for the 2021 Porsche Taycan. We’re not talking about the Turbo or the 4S here — range figures for those models are already available. This news blast concerns the base (rear-drive-only) Taycan, which is simply called “Taycan” with no qualifiers.

We drove the base Taycan last month, and while it’s not the missile that the Turbo and Turbo S are, it could very well be all the Taycan you need. The differentiation in range figures between the various Taycan versions isn’t all that great, and it’s the same story on the base Taycan. A standard battery pack car with its 79.2 kWh pack is rated for 200 miles. And a car with the Performance Battery Plus (93.4 kWh pack) will go 225 miles, per the EPA. That puts the base Taycan’s max range just 2 miles below the 4S when equipped with the bigger battery pack (227 miles). A Turbo will go 212 miles, and the Turbo S, 201 miles. 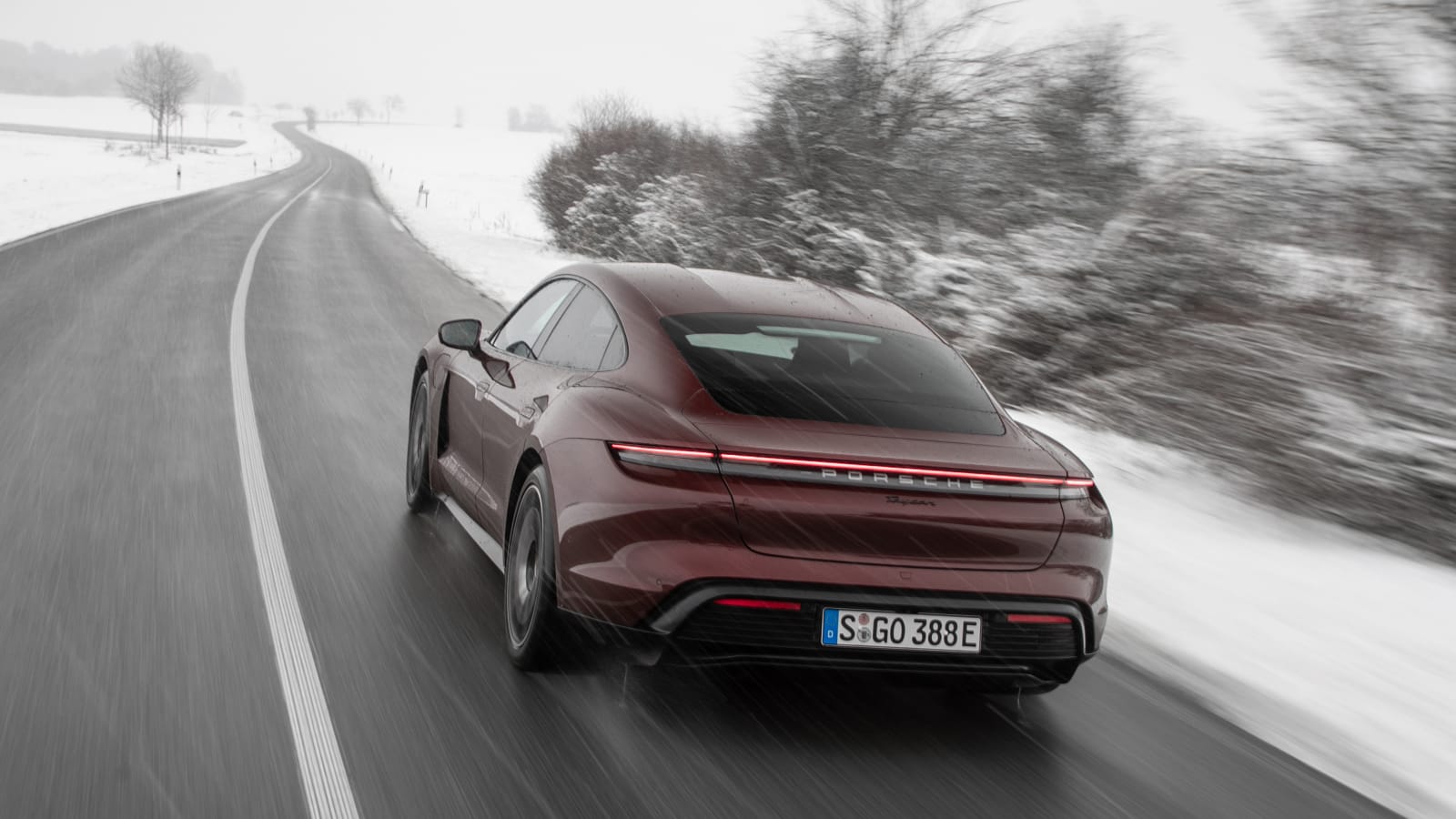 There’s a big caveat to all of these ratings, though. Each time we’ve tested a Taycan’s range, it has exceeded the EPA estimate by a wide margin. Porsche has had ACMI independently test all of the different versions of the Taycan, and they came to similar conclusions as us: The EPA numbers represent far less range than what you’ll experience in real world driving.

As for the ACMI numbers on the base Taycan, a standard battery version was tested at 252 miles, and the Performance Battery Plus at 282 miles. Those figures are significantly higher than the EPA estimates, but we wouldn’t be surprised if future range tests prove them accurate.

The base Taycan starts at a much more attainable $81,250 base price versus the expensive 4S, Turbo and Turbo S (don’t forget about the $7,500 tax credit). Adding in the bigger battery and its additional range raises the price by $5,780. This version of the Taycan is available to order now and arrives here in spring.