HOLLY, Mich. – The plug-in hybrid 2021 Jeep Wrangler 4xe is the most radical Jeep off-roader to date. There exists an option for every possible type of Jeep Wrangler buyer now, including those who might be open to a hybrid. We say “open to,” because frankly, we find it hard to believe that there was a significant chunk of the Wrangler demographic that was clamoring for the option – or at least not one as big as the faction screaming for a V8. Still, here it is, and not only is the plug-in-hybrid Wrangler impressive on paper, it’s available to a much larger subset of Wrangler owners than the also-new eight-cylinder variant. This from the company that said its customers want big engines.

But the 4xe is big in its own way. With a total system output of 375 horsepower and 470 pound-feet of torque, it’s the second-most-powerful Wrangler. Plus, it’s tied for first in torque, which puts the diesel in third place (in case you’re keeping score at home) and leaves the turbo-four and plain-Jane V6 trailing the pack in the grunt department. That doesn’t mean much; we just wanted to remind you how many engines Jeep offers to current Wrangler buyers. If you were shopping in 2015, you took your V6 and liked it, thank you very much.

Those 375 ponies come care of a 2.0-liter, turbocharged four-banger paired to a 100-kilowatt (134-hp) electric motor that is mounted between the aforementioned gasoline engine and the eight-speed transmission, where it can both dole out the power stored in the 17-kWh battery pack and recapture energy during deceleration. That energy can be employed to travel up to 22 miles on electric power alone, or to give the gasoline engine a hand when operating in the default hybrid program.

The pack itself resides under the rear bench, preserving the cargo space behind the Wrangler’s second row, but note that the 4xe’s seats don’t fold quite so far out of the way as a normal Wrangler Unlimited’s. And yes, we’re focusing on the Unlimited here, as it’s four doors only for the 4xe. You’re also forced into a Sahara, Rubicon or High Altitude model, too. Sorry, no Islander or base (Sport) model. Still, the PHEV is far less restrictive a choice than the V8 in this regard since the 392 model is exclusive to the Rubicon. 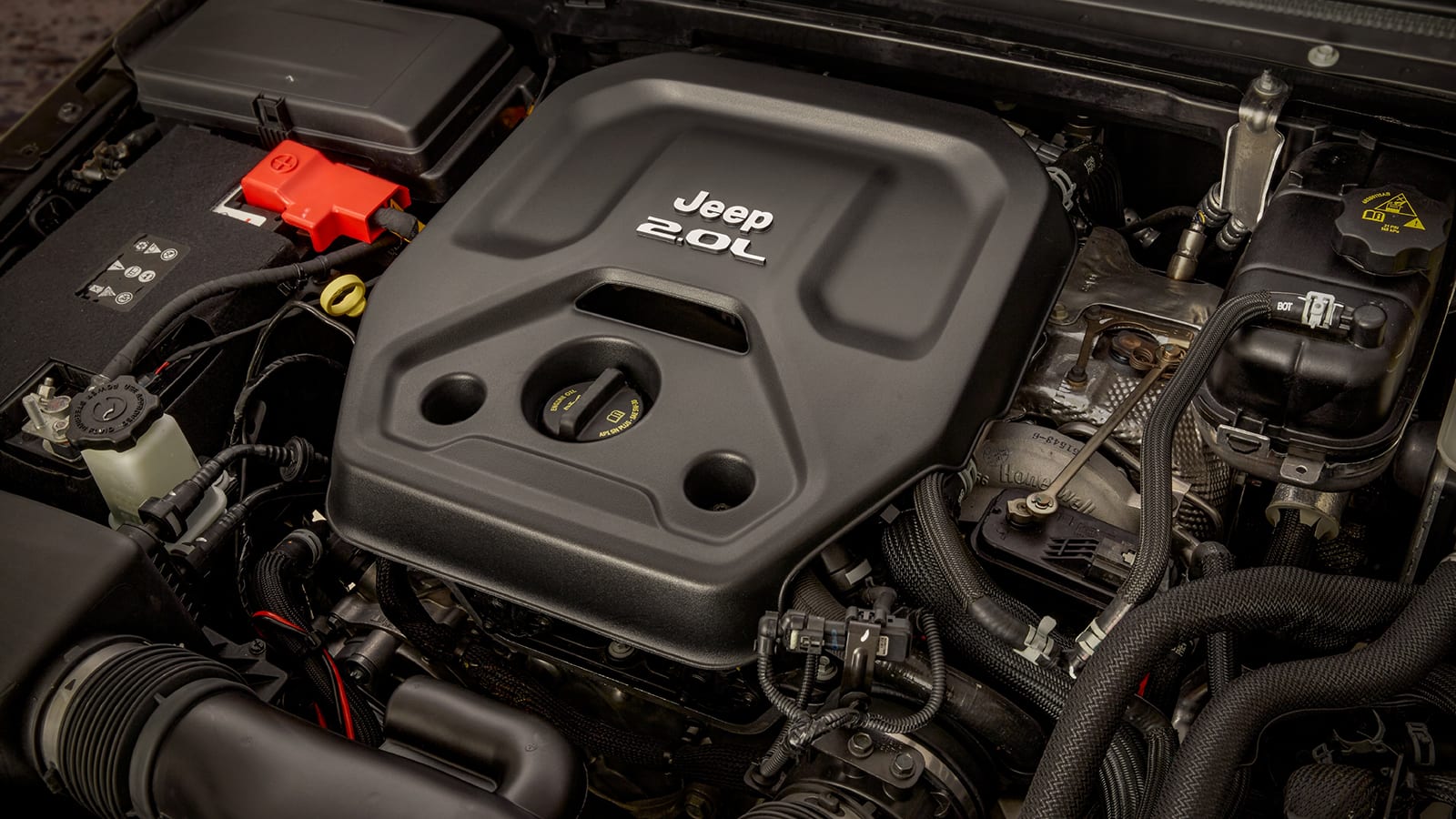 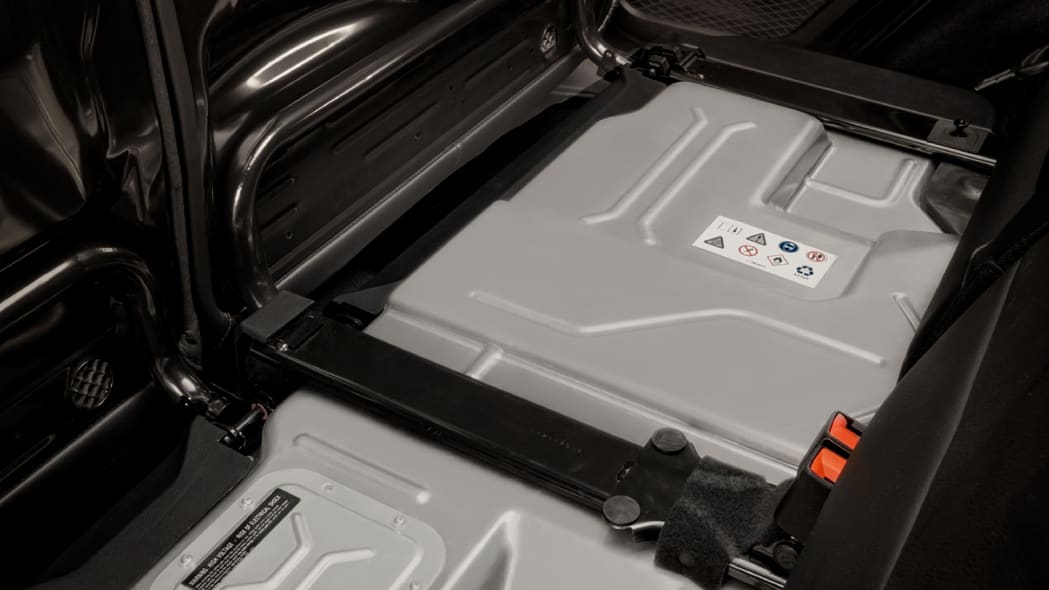 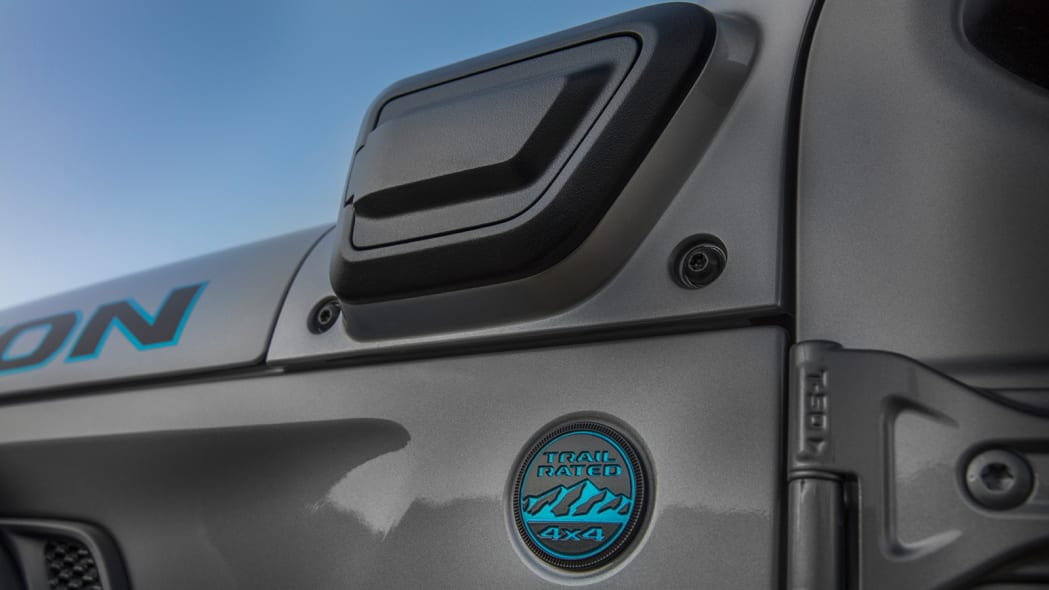 Apart from its powertrain, this Rubicon 4xe is, well, a Rubicon, and the numbers back that up. The 4xe gives up 1 degree of departure angle to the rest of the Rubicon variants because it settles a bit more on the rear tires/suspension due to that heavy battery. Apart from that, it runs almost spec-for-spec identical to the petroleum-only models. The only substantial difference is curb weight, but the other torque monsters in the lineup are pretty chunky too. The EcoDiesel tops out at just under 4,900 pounds; the 392 leapfrogs it at 5,100 and the 4xe Rubicon tops the heap at 5,222. The Sahara and High Altitude 4xe versions weigh about 100 pounds less.

This matters at the pump. While the 4xe may be a hybrid, driving it on the highway for extended periods will deplete the battery to the point where you’re relying pretty much exclusively on the 2.0T for propulsion. Because it’s a PHEV, the 4xe doesn’t have city/highway fuel economy figures assigned by the EPA, but rather a single “combined” rating of 20 mpg when operating without the benefit of the all-electric range.

Based on other Wrangler models (and factoring in the extra heft), we expect the all-gasoline highway figure would be roughly 21-22 mpg, which tracks with what we experienced in our brief time with the car. For city driving, the 49 “MPGe” rating from the EPA is your benchmark, but if you keep your trips short and your battery topped off, you may not use a single drop of fuel.

If we again compare that to the other “big” engines offered in the Wrangler, the EcoDiesel stands out as the long-distance champion (as diesels will do) with its 29-mpg highway figure. The 392? Well, the EPA won’t certify “LOL” in any of its categories, but that’s what 13 mpg city, 17 mpg highway and 14 mpg combined figures translate to in the real world. Seriously, if you even looked that number up, don’t buy a 392.

Though the 4xe and 392 may weigh about the same, they carry those pounds differently. The heft of that iron-block 6.4-liter V8 in the 392 hangs precariously close to the Wrangler’s nose, while the 4xe gains most of its weight farther back. The 2.0-liter sits fairly snug against the 4xe’s firewall, with plenty of air between it and the radiator shroud; that same space is occupied front-to-back by hundreds of pounds of proper American freedom in the 392, and the fancy hood-mounted intake adds a little more weight up high — precisely where you don’t want it.

As a result, the two feel quite different behind the wheel. There’s a constant sensation that the 392 is being led around by its nose, while the 4xe’s extra heft is most noticeable under braking. And while the 392 is no slouch in terms of low-end torque, you still need to give its gas pedal a bit of an enthusiastic shove to really get it pulling. It’s geared a good bit taller than a standard four- or six-cylinder Rubicon thanks to all that extra motor. The 4xe’s acceleration is actually far more effortless – and far less eventful – but still plenty brisk.

The torque from the electric motor and the drag provided by max regen mode combine for an almost seamless off-road experience. We spent most of our time at Holly Oaks ORV park with the transfer case in 4-Hi because, apart from a few obstacles, we simply didn’t have the need to go any slower. There will be situations in real-world rock crawling where two feet will provide finer control than one, but the electric motor offers enough down-low grunt that your desired crawl speed becomes the real determining factor in whether you need to put it in low range.

In normal driving, the 4xe is excellent. We’ve often complained about the coarseness of some four-cylinder based PHEV powertrains, but the beauty of a Wrangler is that refinement is basically antithetical to its character. If it sounds a bit gruff, who cares? And that’s when it sounds like anything at all. If you’re using it like a PHEV, the gas engine plays second fiddle to the electric motor in just about every driving scenario. At speeds where you’re going to be running on gasoline, you’re dealing with wind noise (and in the case of the Rubicon, tire noise) that will drown out anything coming from the powertrain. 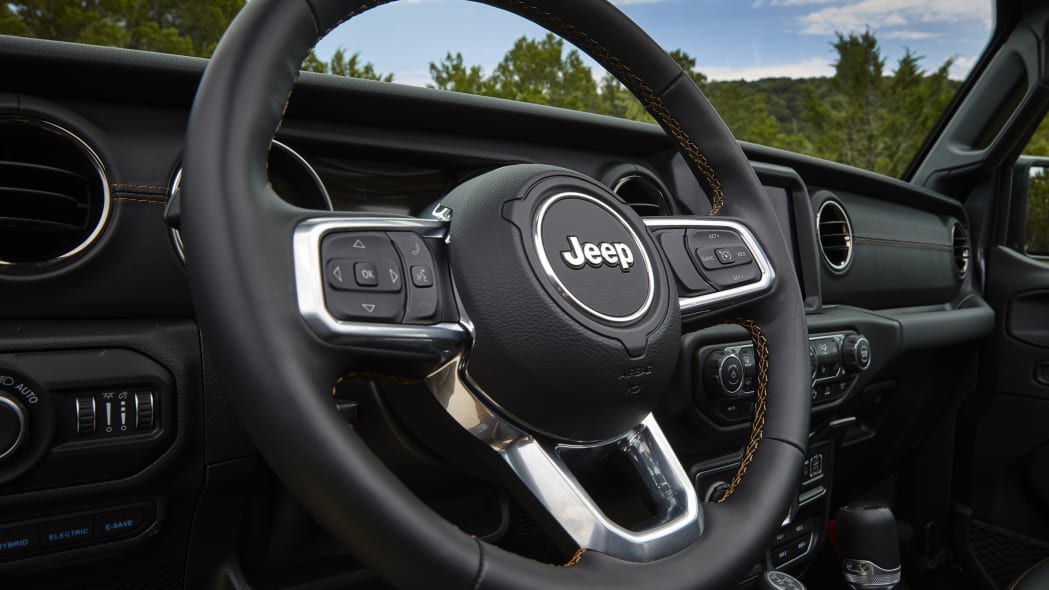 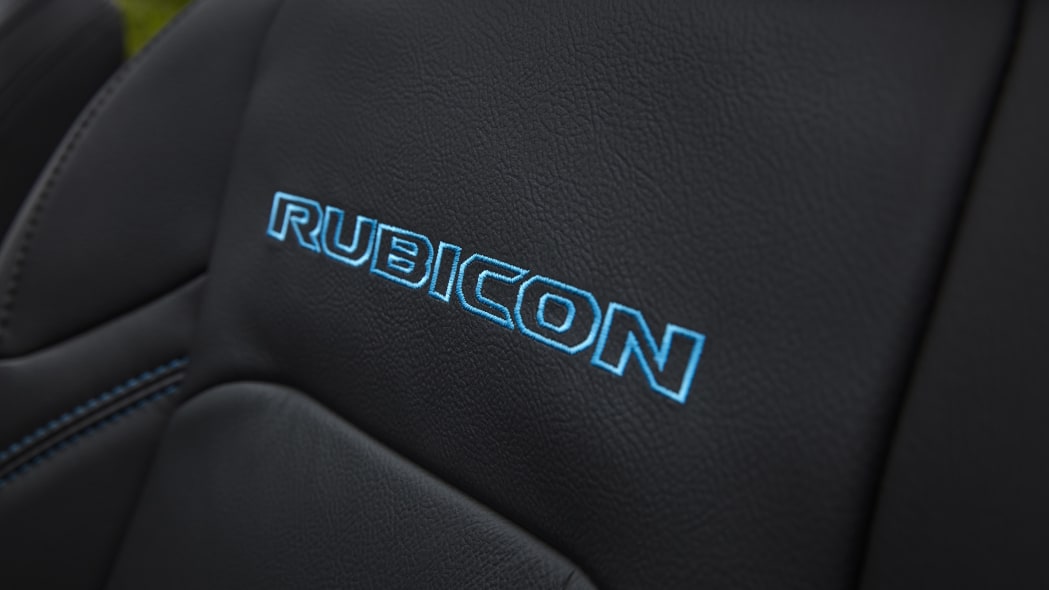 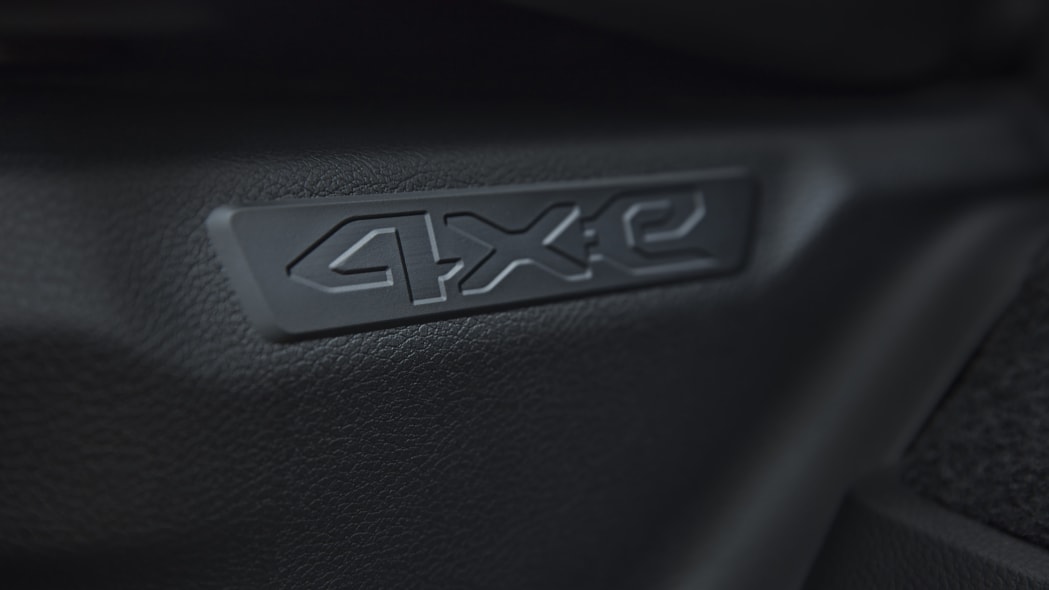 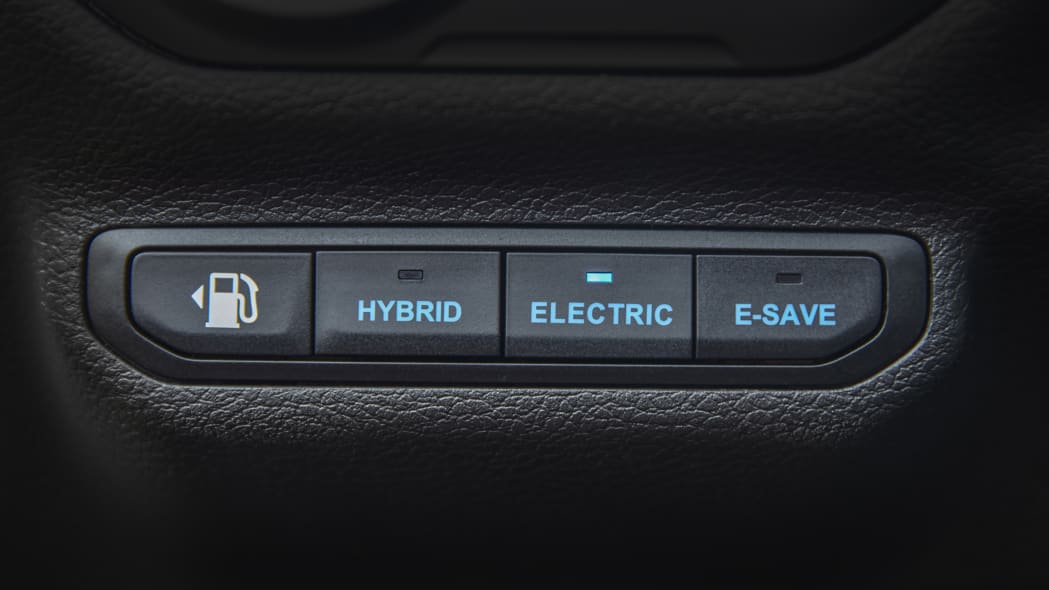 The 4xe’s silence in electric operation is actually more jarring than any noise it produces. Crawling around with nothing but the clunk of suspension bits and whir of electric motor at Holly Oaks was eerie, to put it mildly, and made your author thankful for the park’s dune flag requirement. With the 392, I remarked that you’ll always be heard before you’re seen. The 4xe flips that script completely.

Early PHEVs earned their reputation as the black sheep of the electrified car world. They offered little more than a typical hybrid with virtually all of the costs and none of the advantages of true EV ownership – the worst of both worlds, really. This latest generation is a completely different breed, taking advantage of the strengths of electric motors to bring satisfying performance to the table without compromising their other virtues.

If the 2021 Jeep Wrangler 4xe offered equivalent performance to a bone-standard 2.0T model with the added bonus of some “free” all-electric miles, it would be an expensive afterthought. Instead, it packs nearly 400 horsepower, tackles dirt the way a Wrangler should, and comes at a premium far less substantial than that of the halo-spec 392. Our 4xe Rubicon priced out at “just” $66,000 ($12,000 cheaper than the 392 we tested a few weeks back) with more than $14,000 in options. Base price for a 4xe Rubicon is $53,190 with destination; if you’ve priced out a four-door Rubicon lately, you know that’s hardly outrageous. A Sahara sneaks in below the $50,000 mark without options, and thanks to that big, fat battery pack, every Wrangler 4xe is eligible for the full $7,500 federal EV tax credit, too (though not every buyer may be eligible for that full amount).

It’s not nearly as quick to 60 mph as the Rubicon 392, but you’ll make far better use of the performance it provides in daily driving and you won’t feel guilty putting miles on it. It’s not as efficient as the EcoDiesel on the highway, but the latter is a high-maintenance workhorse with relatively niche appeal. For the price, performance and everyday advantages afforded by its PHEV powertrain, the 4xe is the best all-around Wrangler on the market today. It earns its keep and then some.