There's almost certainly a Hyundai Ioniq 5 N on the way

Land Rover Discovery Camel Trophy truck is the real deal, and it's up for auction

The 2021 Ford F-150 is getting some trick new trailering/hauling tech, plus it’s adding Ford’s continuously controlled damping suspension as an option.

We’ll start with the hauling news. The first part of the equation is something Ford calls “Onboard Scales.” When you load items into the bed of the truck, your F-150 will now display the approximate weight of those items in the central touchscreen and your FordPass app. If you already have items in the bed and want to individually weigh new items, you can also do that by zeroing out the weight, then adding your new items. Ford calls it “scale mode.”

Besides just checking the weight on one of your screens, Ford also implemented a system called “smart taillamps” to gauge how much weight is in the bed. There are four individual LED bars in the rear taillamps that illuminate vertically as you add more weight. They operate like the battery percentage bar in your phone or laptop. The more LEDs you light up, the closer to capacity your bed is. When all four lights are on, that means your bed is fully loaded. If you keep adding more, the lights will begin to blink when you overload it. Each F-150 knows its specific payload rating, so that keeps you from having to do the thinking yourself. 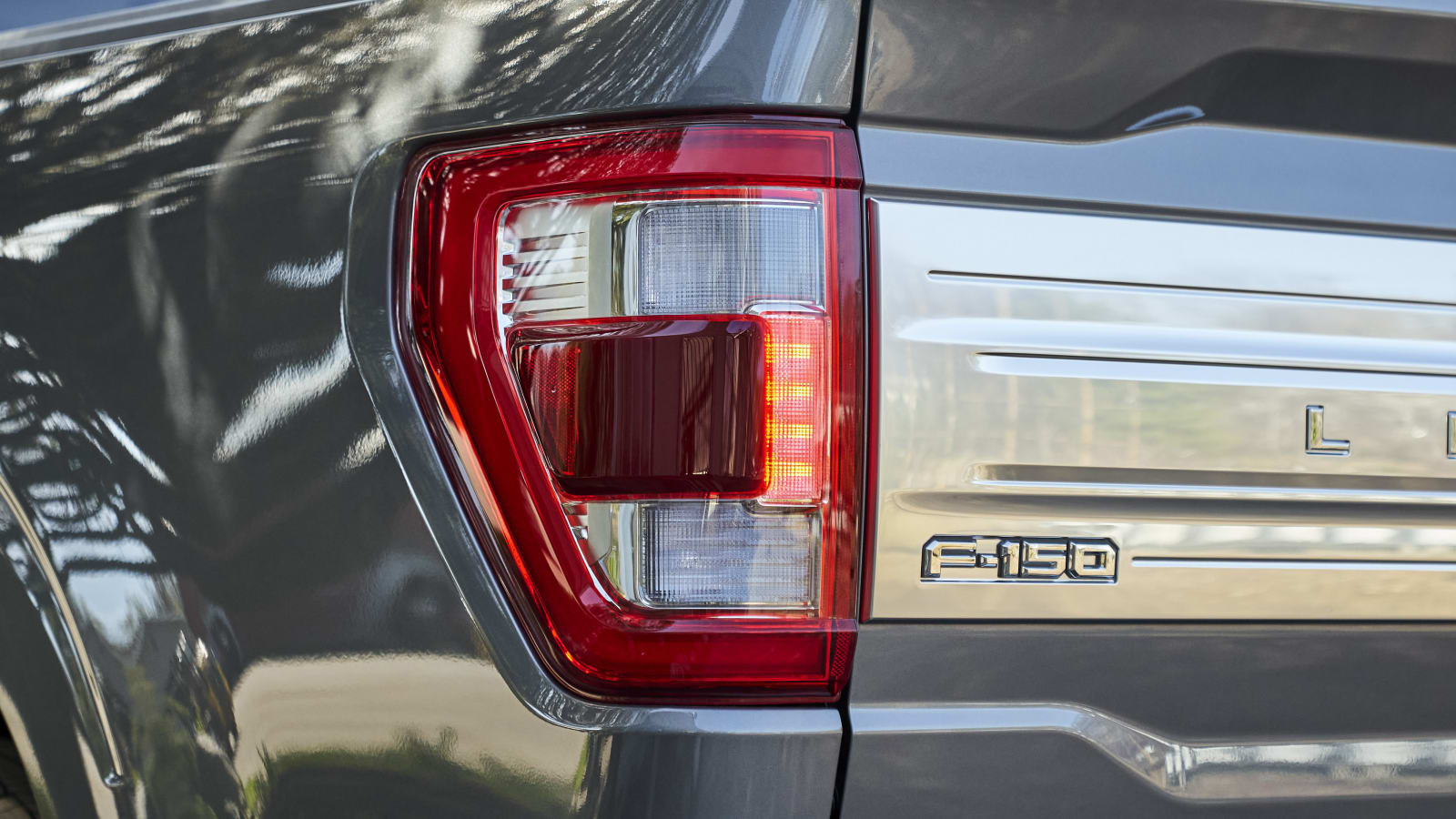 Next up is something called Smart Hitch. This new system measures the tongue weight of a trailer that’s being connected, then provides guidance concerning hitch overloading and weight distribution using the same three methods as the Onboard Scales. That means you’ll see its weight in the central infotainment screen, your smartphone app and in the Smart Taillamps. If the weight is too high, the truck will provide advice on the screen and guide you through properly tensioning a weight redistributing hitch.

Last up in F-150 news today is the introduction of Ford’s continuously controlled damping technology to the lineup. The Expedition and Navigator currently feature this ride- and handling-improving technology, and we’re glad to see it coming to Ford’s pickup. The dampers operate here the same as they do elsewhere. A computer within the F-150 analyzes signals from high-resolution sensors, then continuously adjusts the vehicle’s response by changing the valving in the dampers. For example, when the edge of a pothole is detected, the dampers firm up to prevent the tires from dropping as deep into the hole as they would otherwise. We’ll expect to see improvements to the F-150’s bounce, pitch and roll performance with these fitted.

In keeping the towing/hauling theme going, these dampers have a special mode they go in when tow/haul mode is selected. Ford says it’s designed a program that helps to make for smoother trailering and hauling than before by easing truck and trailer responses to poor road conditions. Other drive modes feature their own preset damper settings, too.

Ford says all three of the new technologies debuting today (Onboard Scales, Smart Hitch and the adaptive dampers) will be available to order on the F-150 in early June, with deliveries beginning in late summer. Pricing was not detailed in Ford’s initial announcement.