Ford is adding a few new trim variants partway through the Explorer’s 2021 model year. The most intriguing is a budget-oriented “Enthusiast ST” model, but there’s also a rear-drive Platinum and Platinum Hybrid on the way.

We haven’t seen the Enthusiast ST moniker used by any previous ST model. Ford is inventing it for the Explorer as it sees demand for the sporty model rise beyond expectations — the Blue Oval says that the ST accounts for “nearly 20% of sales.” When you consider that the ST is the second most expensive model in the lineup (trailing only the Platinum by less the $2,000), that’s an impressive statistic. The Enthusiast ST hopes to attract even more buyers by lowering the ST price of entry by $4,080 to $49,995.

Thankfully, the best parts of the ST stick around for the Enthusiast ST. It features the same powertrain, including the 3.0-liter twin-turbo V6 that produces 400 horsepower and 415 pound-feet of torque. All the mechanicals are carryover, meaning the Enthusiast ST should drive and handle exactly like the regular ST. It’ll also look exactly the same (seen in red above), as Ford ensures onlookers won’t know you bought “the cheap one.”

But what do you lose? The main items lost are many of those found in Ford’s 401A equipment package. There’s no more 12-speaker B&O audio system, heated second row, 360-degree camera, navigation or wireless charging pad. Ford didn’t spell everything out in its announcement, but we’ve asked for a more detailed list of all the equipment differences. 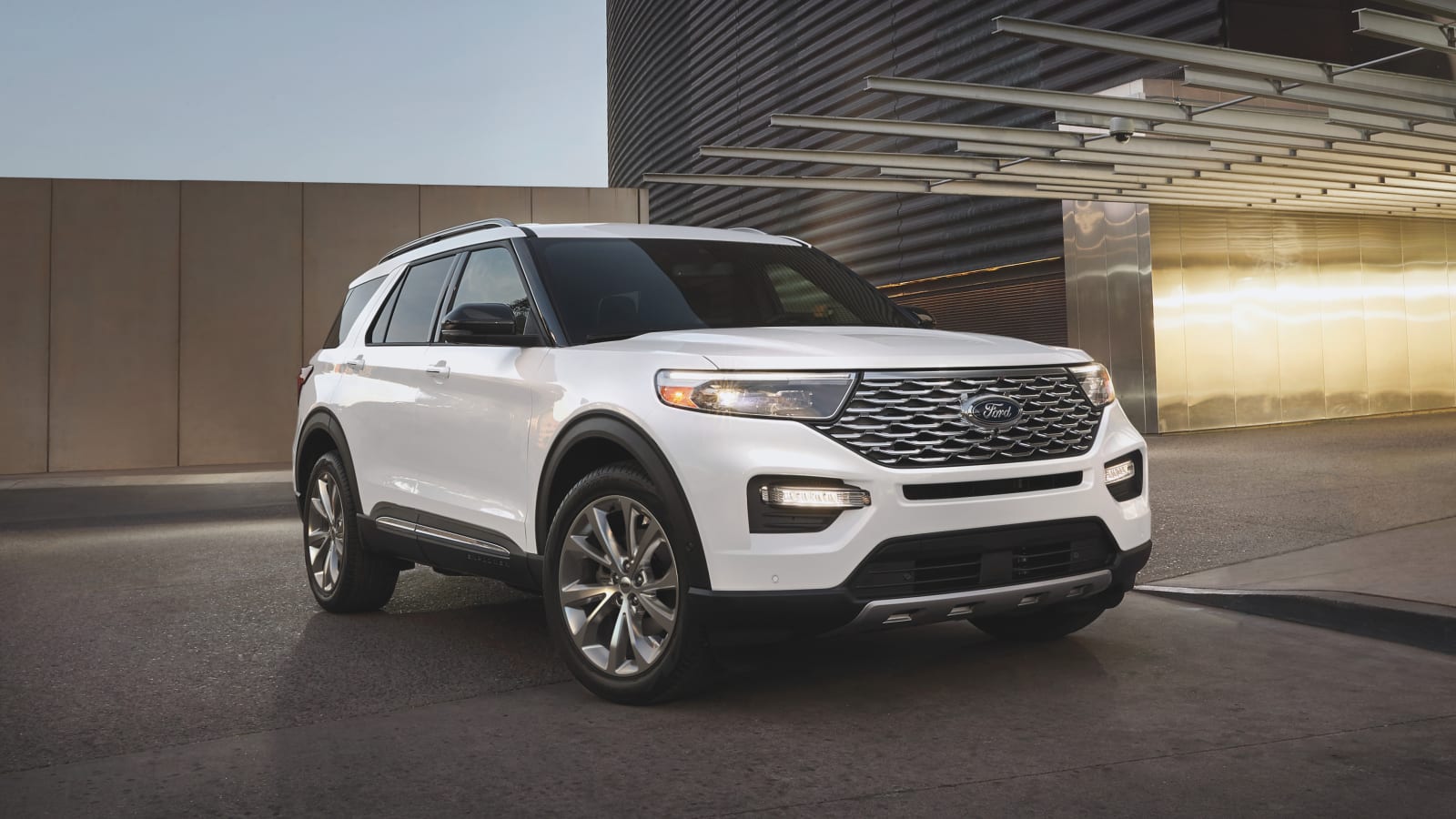 In addition to the Enthusiast ST news, Ford is lowering the cost of entry for the standard Platinum model. It was previously available in all-wheel-drive form only, but now there’s going to be a Platinum rear-wheel-drive model. Ford cites regions where all-wheel drive isn’t necessary as the main driver for offering its fully-loaded model without power to all four wheels. The base price goes down by $2,000, leaving you looking at a $53,725 Explorer Platinum.

The last bit of news concerns the Hybrid model. It was tied to the Limited trim only before today, but now Ford is adding a Platinum Hybrid trim. That means you can get the most luxurious and decadent equipment in addition to better fuel economy, which is a win-win in our book. The Platinum Hybrid will start at $54,330, making it $1,395 cheaper than the gas-only Platinum with all-wheel drive.

Ford says all three of these models are available for ordering today. They’re scheduled to begin arriving in dealerships this summer.