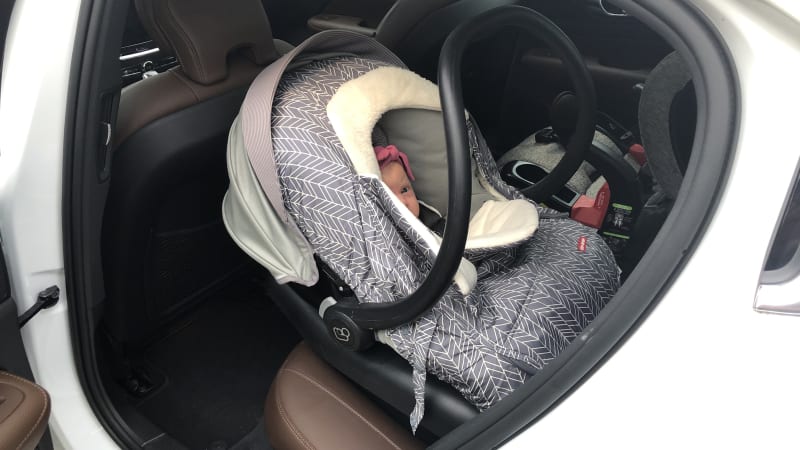 2020 was a hard year, but it gave the Snyder family something truly special to appreciate. In November, we welcomed our second child, Leokadia (or “Lola” if you prefer) into our lives. Of course, as our large son Wollie has already done so many times, Lola will have to be pressed into service as a test kid for car reviews. So now her Maxi-Cosi Mico 30 infant car seat gets installed next to her brother’s front-facing Britax Frontier in the back seat of Autoblog‘s long-term 2020 Volvo S60 T8.

One of the things I love about Wollie’s Britax is that it’s super easy to swap from car to car when you install it using a seatbelt — a useful trait when, in normal times, my job involves driving multiple cars in a week. Due to the bulk of a car seat, it can still be a challenge to maneuver it into some cars, and putting it in the back seat of a small coupe can be a bit like moving a couch up a flight of stairs (Pivot!). In this S60 sedan, though, I just put it in headfirst, rotate it upright and plop it down. 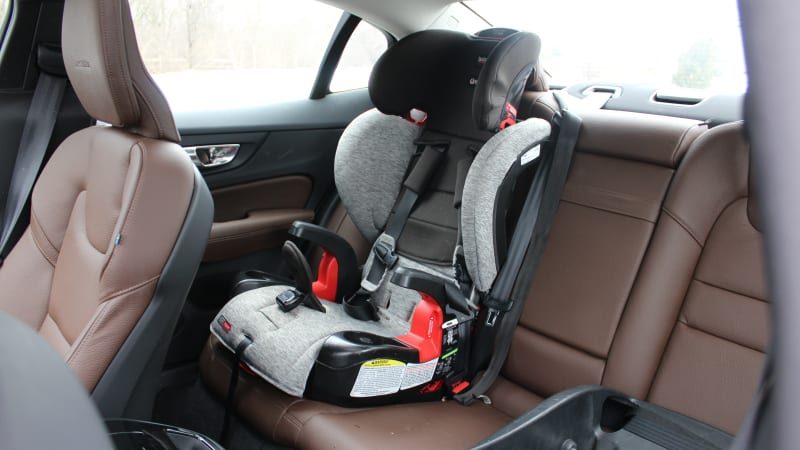 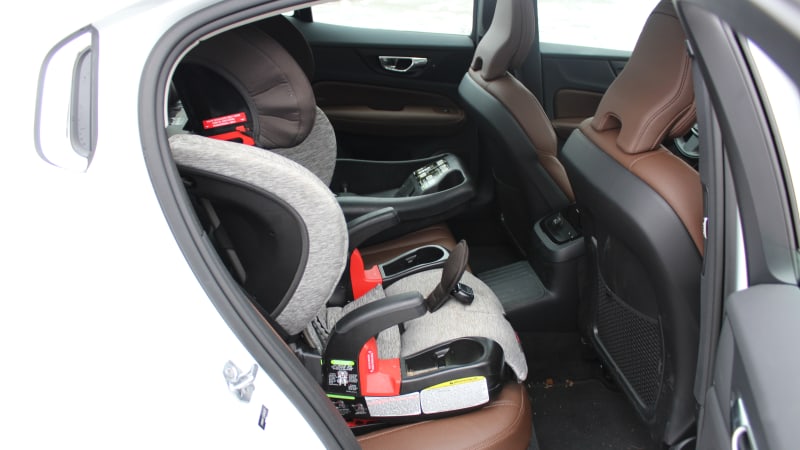 Like I said, I use the seatbelt to install it, which, with this Britax, is easier than fussing with the lower LATCH anchors. The tricky part with a front-facing car seat is clipping the top anchor behind the headrest, which is necessary above a certain weight recommendation, and feels like a good practice even when unnecessary. These top anchors are covered by plastic pieces that clip into place. After pulling the cover off, I had to reach awkwardly around the headrest in the confines below the rear glass, and get the top anchor clipped. Then, the cover can be replaced, but the same confines make that tricky as well, so that often found itself in a door or seat pocket if the car seat wasn’t going to stay installed for long. 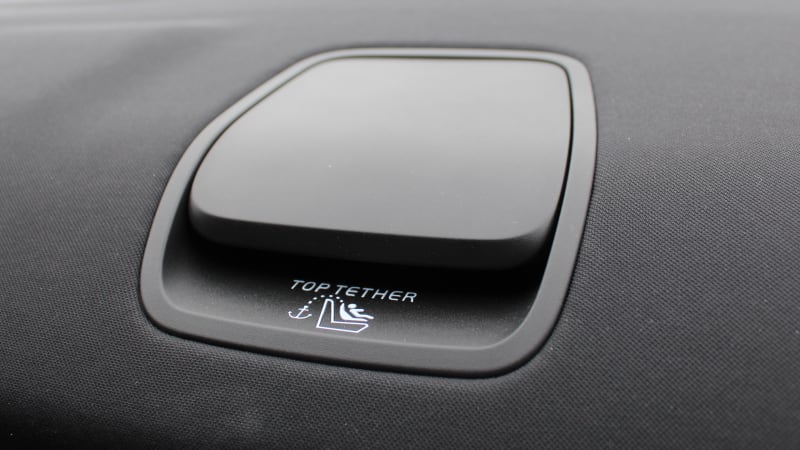 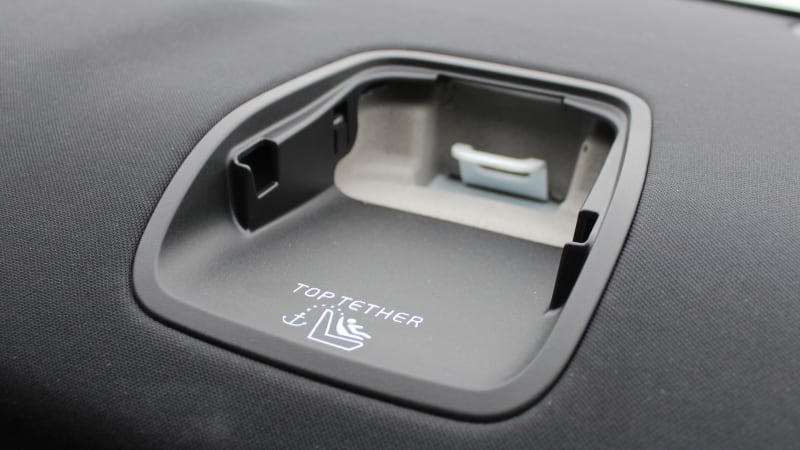 Once installed, Wollie was always happy in the back of the S60, and a passenger sitting in front of him could sit in a comfortable position without having to worry about getting kicked in the back. Wollie had room to climb in, turn around and hop in his seat without my help, which saves time when trying to load up the car and get the family on the road.

But, then, in November, came the day when I had to install a car seat base on the other side to accommodate Lola’s rear-facing Maxi-Cosi. For that, I used the lower LATCH anchors. The lowers have plastic covers that simply flip upward, which means I didn’t have to find a long-term storage spot that I’d ultimately forget about. These bases are always a pain to tighten, but there’s enough room in the back seat for me to kneel on the base while I tighten the everliving hell out of the belt connecting the LATCH anchors.

Note: While all three rear seating positions have top anchors, only the outboard seats have lower anchors. If you want to install any seat in the middle, you’ll have to use the seat belt. 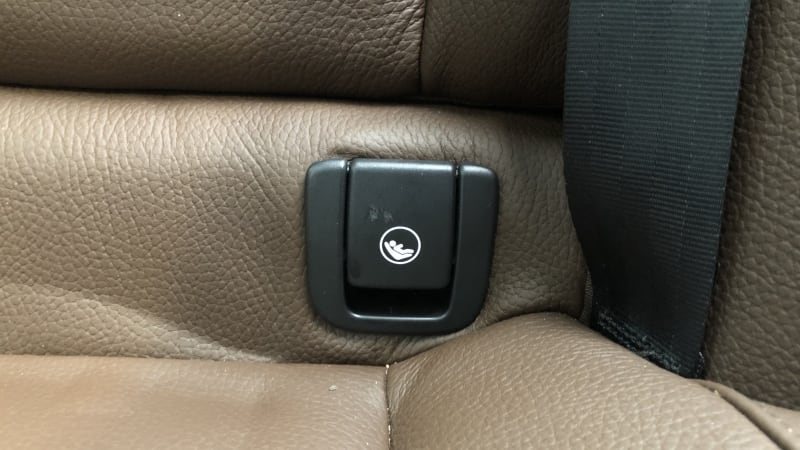 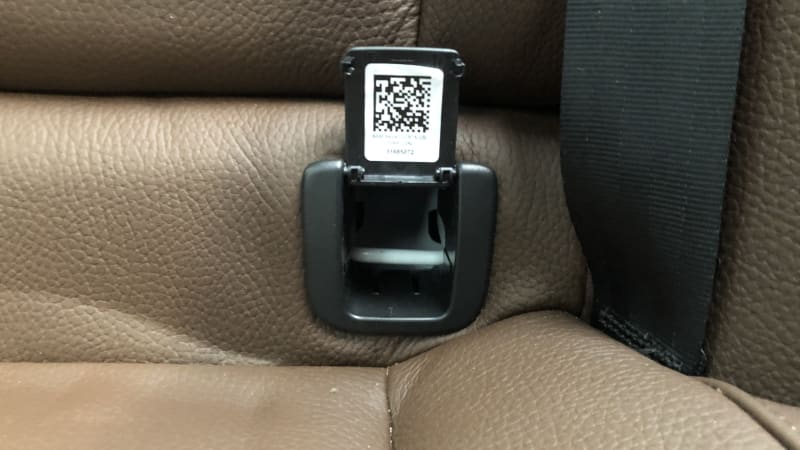 Confident in my installation, it came time to clip the actual seat in. Right away, I could see things weren’t going to be ideal. I had to move the driver’s seat forward. It wasn’t enough. I had to move it forward again, and then again to make sure Lola’s seat wasn’t touching the back of mine. Once I got hers in, I sat in the front seat. For this 6-foot-tall driver, the position was uncomfortable. I’d be able to drive safely, but I felt as though I was curled around the steering wheel, with my knees high and my face closer to the windshield than I’d like.

In the end, rather than swap the seats, I left Lola behind the driver’s seat  and Wollie behind the passenger seat to give him maximum space, as he was my only passenger for about 95% of trips. When we needed to all travel together, we’d just take my wife’s car, but I left the spare base in the Volvo in case we needed it. I think the only time I actually needed to drive the Volvo in that compromised seating position was when my wife got a flat tire, and I had to scoop the family up and bring them home. For a short drive, it wasn’t as horrible as I’d expected, but there’s no way I would have driven like that for more than, say, an hour.

That’s not to say the Volvo is alone in this problem. Most smaller-than-full-size vehicles would probably require me to sacrifice some comfort to drive in front of a rear-facing seat. Now I’ve got the next couple years to figure out exactly which cars those are.