The 2002-2006 Acura RSX was the successor to the Acura Integra in the U.S. Elsewhere around the world, the RSX actually kept its Integra badge. Plus, it was branded as a Honda. That said, changing the name from Integra to RSX wasn’t an unwarranted exercise. The RSX amounted to the biggest seachange for the Integra in its multi-decade history. Metaphorically, the RSX is the Integra in its mid-20s. Those wild teenage years are behind it. More comfort and space is on the mind. But! The desire for fun is still lingering — that’s where the Type S comes into play.

Acura is currently in the midst of a Type S revival. Both the TLX Type S and MDX Type S are on the horizon. That has previous Type S models on our mind, and the RSX is one of our favorites.

Why the Acura RSX?

You like sporty compact cars. That’s why. The Acura RSX has plenty of reasons to love it, but the number one is certainly how it drives. Acura offered the base RSX with a powerful engine. Its 2.0 liters of four-cylinder fury cranked out 160 horsepower and 141 pound-feet of torque, and it could be mated with either a five-speed manual or five-speed automatic transmission. That’s the same engine that Honda thought was good enough for the Civic Si — whether or not it was actually good enough is up for debate.

It also received a new platform with its new name, one that features tons more noise and vibration insulation than the Integra’s ever did. Plus, it was stiffer, more rigid and could handle a crash better. The independent double wishbone front suspension was traded for a MacPherson Strut design, and with it some of the Integra’s handling magic dissipated. All of these changes made the RSX bigger and heavier than the featherweight Integra, but it also made the car much more livable on a daily basis. You can be happy commuting in the RSX’s more luxurious and nicer-appointed interior, but the chassis was a step back in terms of handling sophistication and driving feel versus its predecessor.

Some of the rawness could be won back by opting for the Type S. This netted you Honda’s full-fat VTEC-equipped 2.0-liter four-cylinder that revved all the way out to 8,000 rpm. It made a stout 200 horsepower and 142 pound-feet of torque, plus it was shifted by a smooth-shifting six-speed manual. It got bigger brakes, larger wheels and a totally retuned suspension for better handling. It’s part of the way to a Type R, but it’s still far short of the effort put forth in Type R products from Honda. If you like high-revving engines and light sports cars, the RSX Type S is a treat you’re going to want. 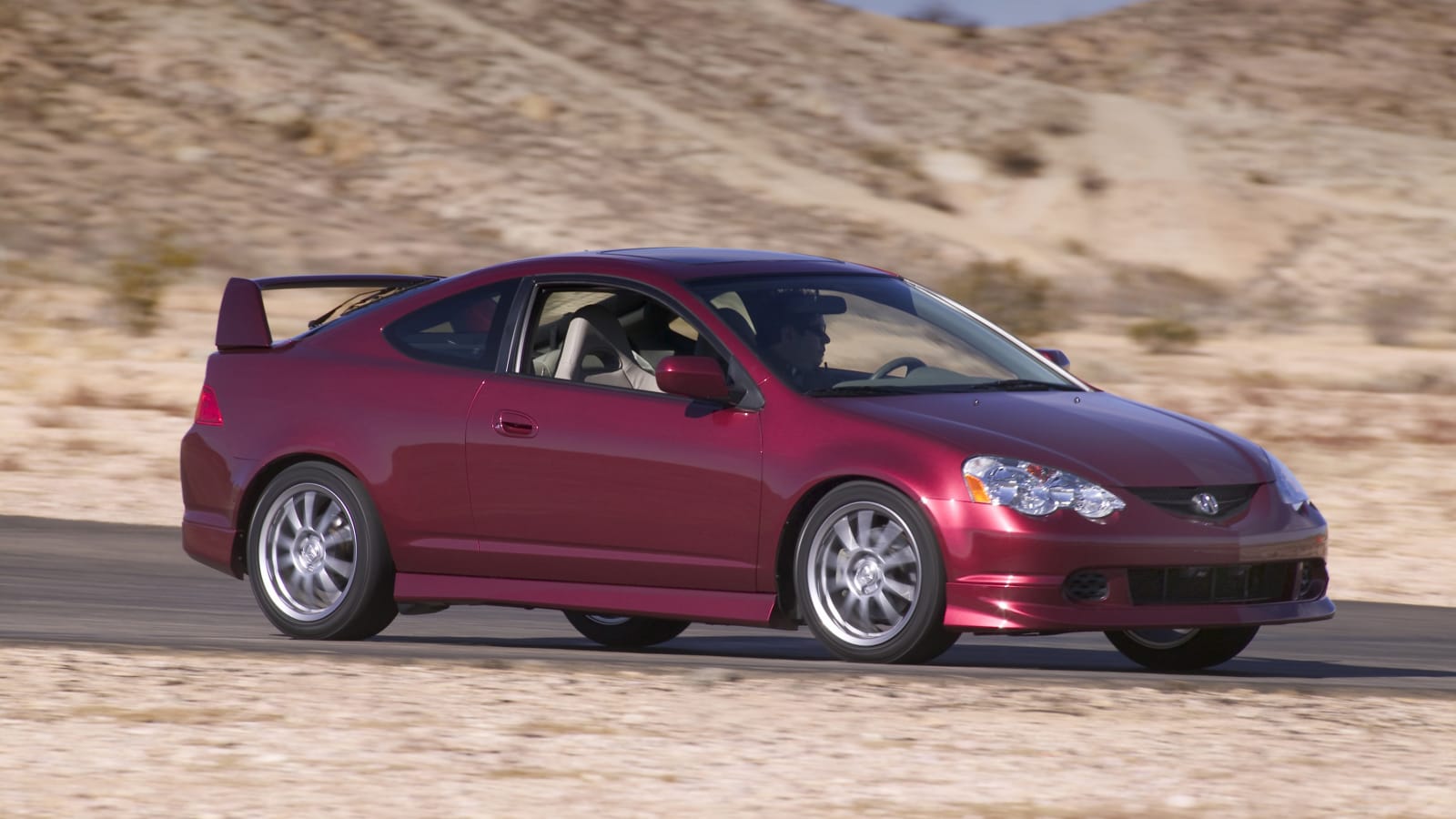 Which Acura RSX to choose?

As we just suggested, any enthusiast is going to want the Type S model. There’s more to it, though. Acura offered something called the Acura Factory Performance package starting in 2003 that added a body styling kit, racier suspension (track-tuned shocks and one inch lower ride height), slotted rotors, performance brake pads, lighter wheels and grippier tires. This was offered through the dealers for $4,800 plus installation. Starting in the 2004 model year, Acura renamed this the A-Spec. You’ll likely recognize that name from many other Acuras today. Unfortunately, today’s A-Spec models don’t come with any mechanical performance upgrades like the RSX Type S A-Spec did.

You should also take into account what model year you go for. Acura gave the RSX the equivalent of a mid-cycle refresh for the 2005 model year, making its last two years the best of the bunch. The suspensions of both the standard and Type S models were enhanced this year for better handling. Acura’s standard RSX was treated to revised suspension geometry, reduced ride height, retuned bushings, thicker stabilizer bars, firmer dampers and new springs. Meanwhile, the Type S got a reinforced rear subframe, new front strut bar and the front damper top bushings were replaced by bearings for smoother steering response.

The Type S got 10 horsepower and 1 pound-foot of torque more for 2005 through the use of a revised camshaft design, larger intake duct and a new exhaust system. Plus, the final drive ratio was lowered for better acceleration and carbon synchronizers were applied to fifth and sixth gear. Trust us. It’s what shifting heaven feels like. 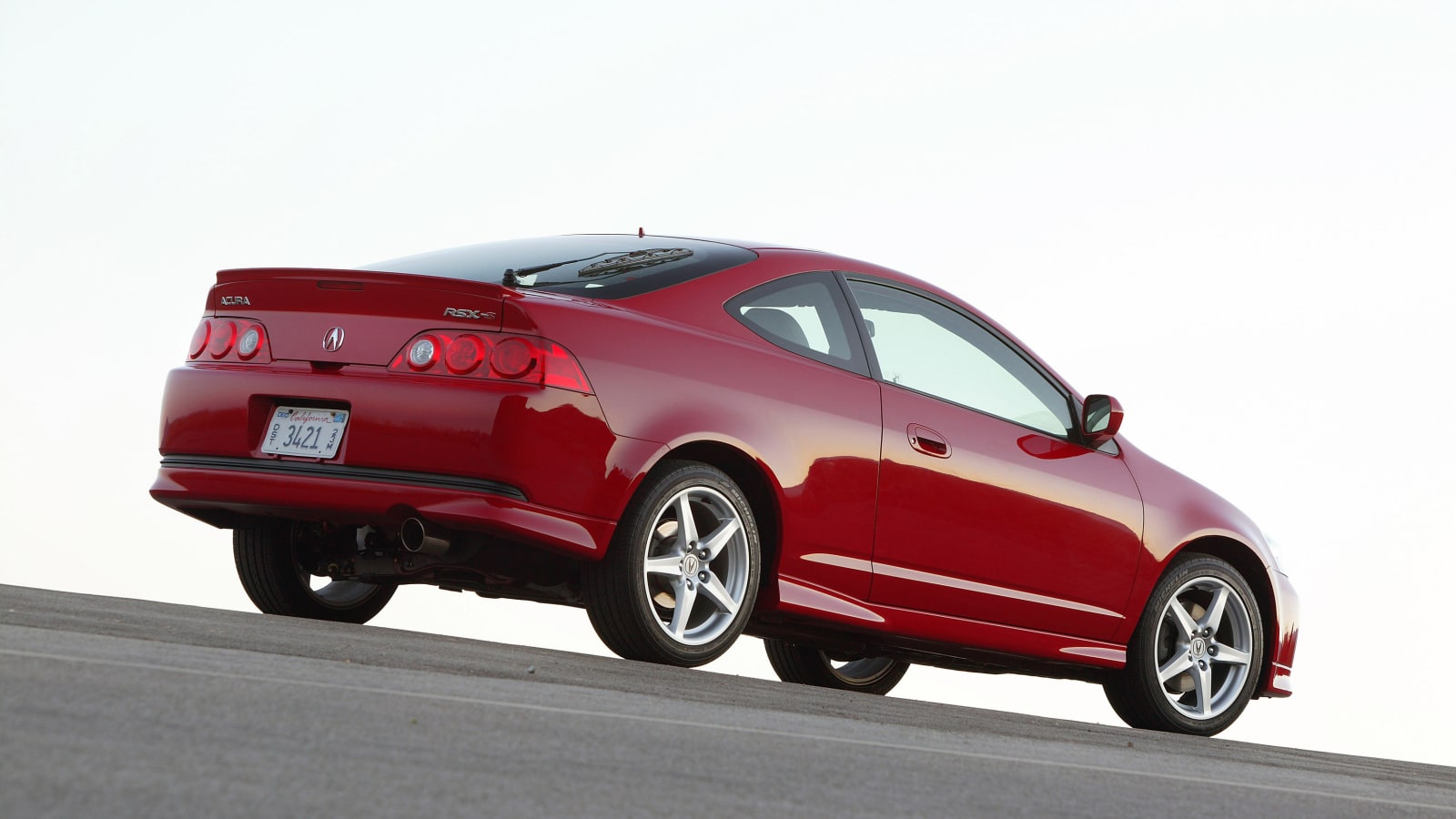 All this, plus Acura revised the front and rear fascias for a sportier look (seen in the red RSX Type S directly above). These facelifted cars appear more aggressive, especially the Type S that added a new decklid spoiler and larger exhaust tip. On the inside, the RSX got seats with bigger bolsters and redesigned cushions for comfier long drives. New titanium trim accents were added, too.

Considering all of this, the 2005-2006 RSXs are considerably more desirable than the 2002-2004 models. They’re also likely to be more expensive on the used market, but of course you get what you pay for. 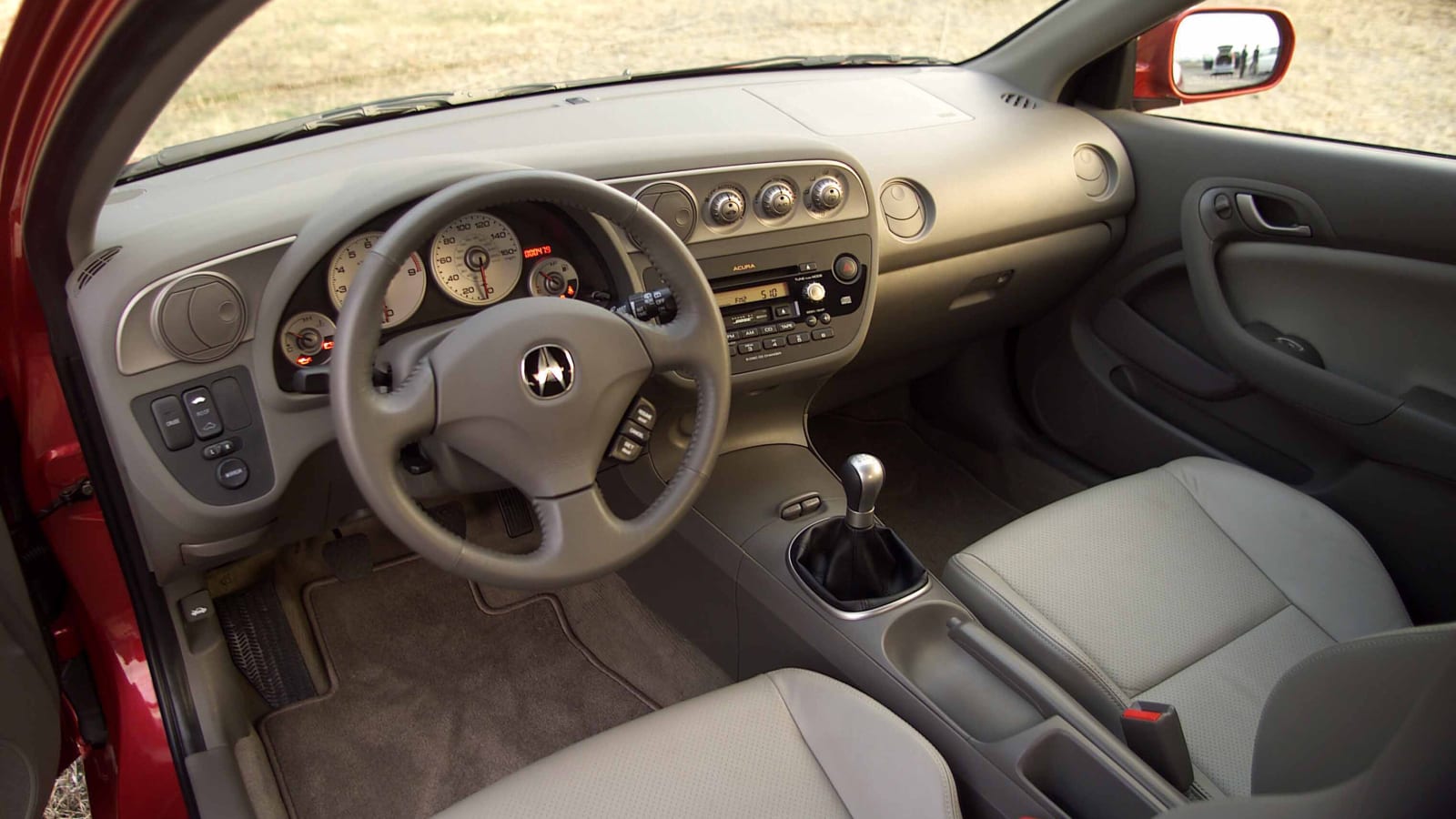 A low-mile RSX Type S is going to cost you, especially if you pursue an A-Spec or 2005-2006 model. Prices are ranging into the $20,000 range these days, which is an uptick from where they were previously. You’ll find plenty of examples with high miles or heavy modifications for less money, but beware: Acuras are inherently imbued with Honda’s knack for reliability, but not every RSX has been treated equally. A higher-mile Type S that’s been treated well could still be a good buy if you can find one in the $10,000 range. If you don’t care for having a Type S, you can find RSXs aplenty around $5,000-$10,000 that are at least worth considering. 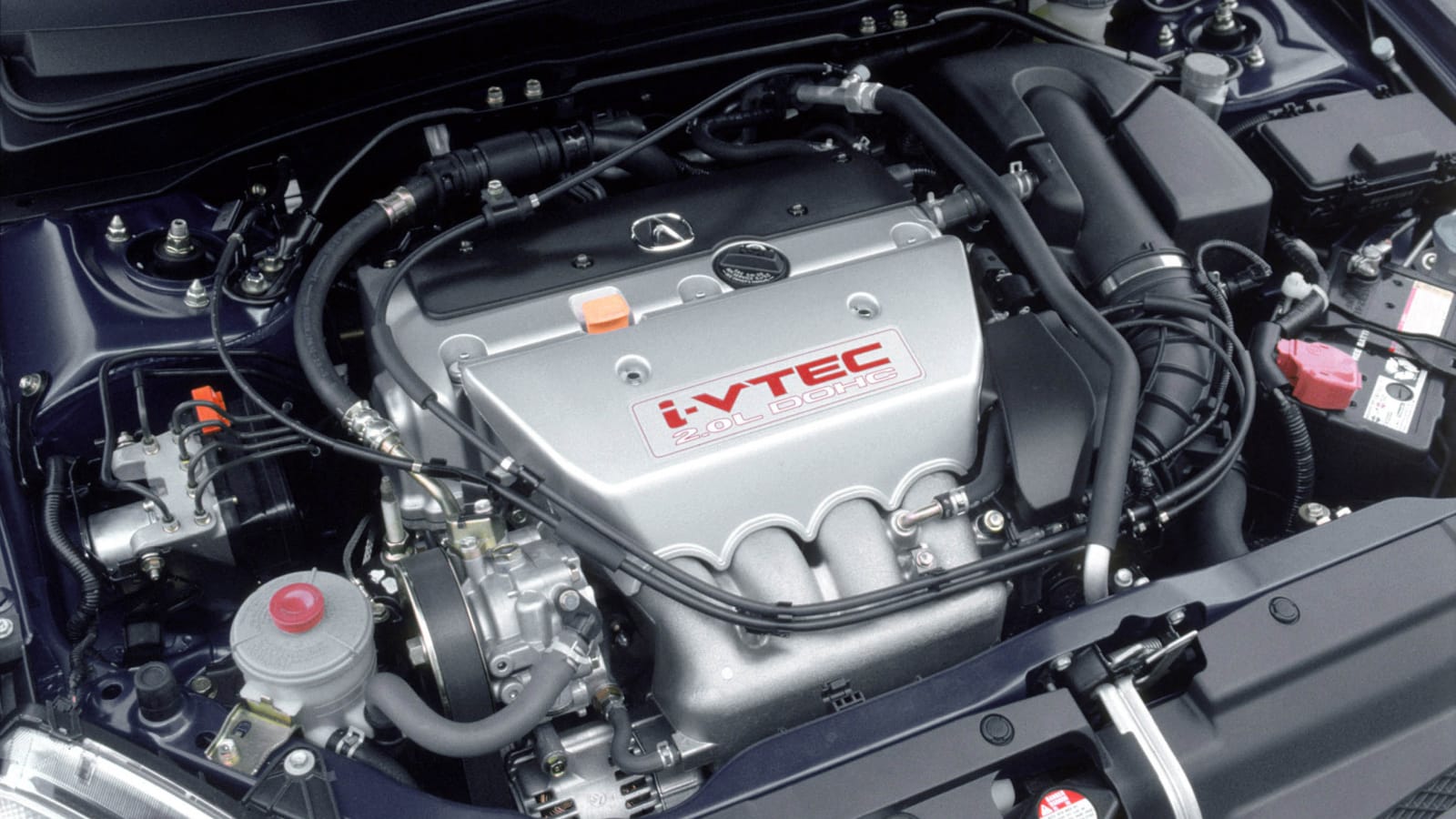 Your options are damn near endless when it comes to sport compacts from the early 2000s. You could search out a Chevy Cobalt SS, Dodge Neon SRT-4, Ford Focus SVT, Saturn Ion Red Line, Mazda Miata … the list goes on. Most of those cars have standard variants that would compare nicely to the standard RSX. You could even look backwards and search out an Acura Integra GS-R, Honda Prelude or Honda Civic Si to stay in the Honda family.

Many of these sport compacts that fell out of favor for a number of years are falling back into favor these days. That means rising prices and somewhat limited availability. Many of them have piles of miles on them, which may be fine if you just want to buy and drive it. Some of the low miles cars are getting so expensive that you may be tempted to think of them as investments. No matter your choices, the RSX and RSX Type S are not at Type R levels of pricey yet, so you can still buy a lovely example without tearing a massive hole through the bank account.