Few models embodied the upsizing frenzy of the early aughts quite like the supercharged 1999-2004 Ford SVT Lightning. This F-150-based pickup launched with 360 horsepower (it would get another 20 ponies with the 2001-model-year update) and the later examples would hit 60 mph in less than six seconds, which was pretty darned quick for a pickup truck in 2004. Heck, it’s quick for a pickup truck now. Ford is reviving the nameplate for use on its new all-electric F-150, and while that’s cool in a futuristic way, we can’t help but feel a twinge of nostalgia for the good old days of Ford’s Special Vehicle Team.

1999-2004 was the second generation of the Lightning, and the final one to be powered by gasoline. While it’s easy to look around and think we are living in the heyday of the performance truck, we actually saw a fairly similar market two decades ago — just prior to the global financial collapse — when it looked like there was virtually no limit to what OEMs would offer in terms of size and capability.

After 2008, it took nearly another decade for performance trucks to be revived, and with buyers frantically downsizing their rides in the face of the economic slide and high gas prices, the Lightning fell off many enthusiasts’ radars as a potential used buy.

Why the SVT Lightning?

For starters, it’s pretty impressive in a vacuum. As we mentioned above, a 0-60 time under 6 seconds was impressive for the time. 380 horsepower and 450 pound-feet of torque might be pretty typical for a V8 or turbocharged V6 in a current-generation half-ton, but today’s trucks are also a heck of a lot bigger and heavier than they were 20 years ago. The SVT Lightning may not be quite as weird or unique as its gussied-up sibling, the Lincoln Blackwood, but with its blown 5.4-liter Triton V8, locking rear differential and lowered suspension, the “Flareside” street-performance pickup certainly turned its share of heads. 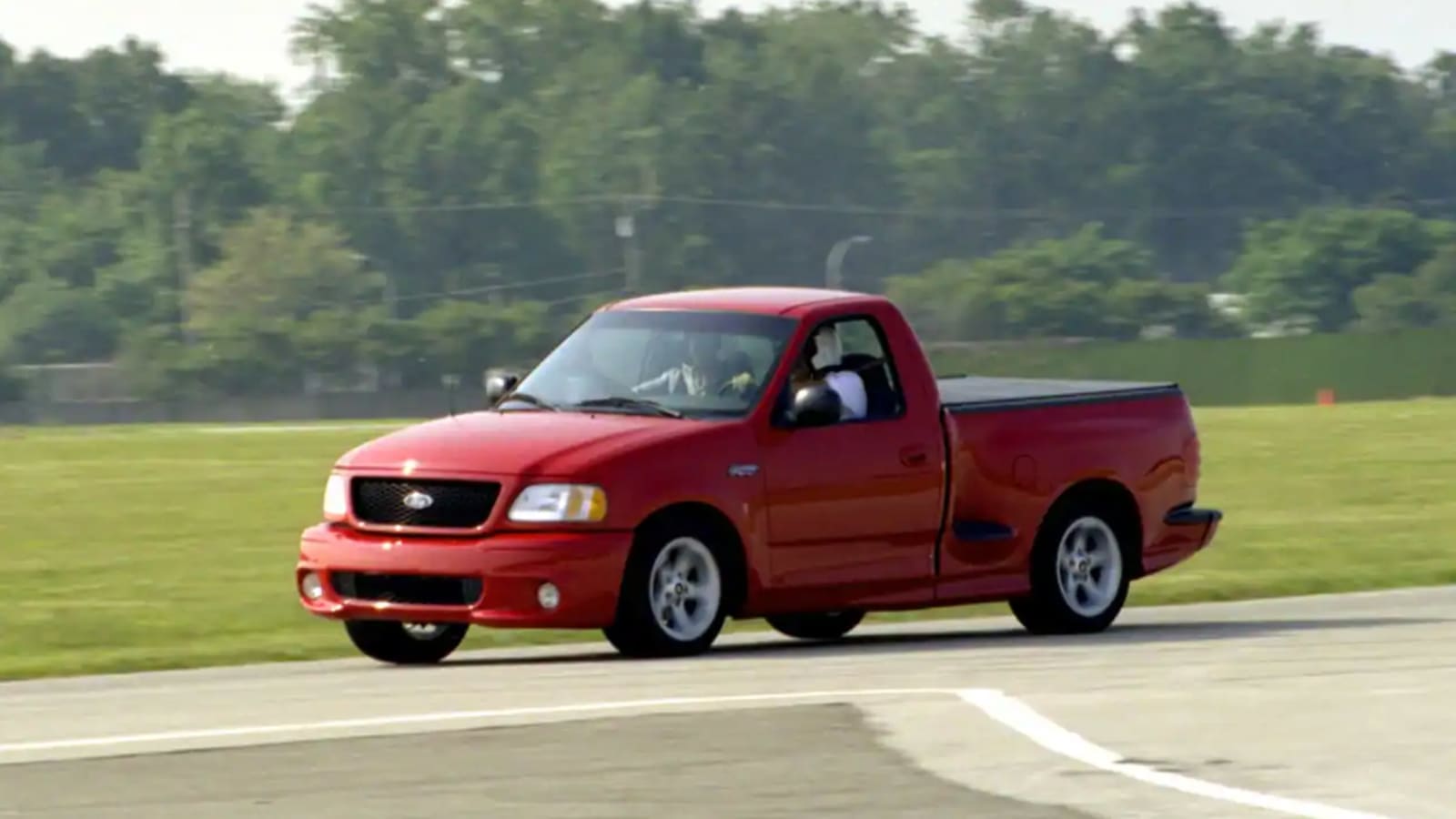 Plus, this was the last time performance pickups were really built with the drag strip in mind. While you’ll see no shortage of new F-150 Raptors or Ram 1500 TRXes trying to put down impressive quarter-mile times, they’re engineered with a priority on all-terrain capability that just wasn’t as commonplace back when Y2K was still a relevant conversation topic.

Which Lightning to choose?

Well, there’s really not much mystery here. The Lightning package was exclusive to the regular cab, 4×2 model with the 6.5-foot bed. The only transmission available was the F-150’s heavier-duty four-speed automatic transmission; no stickshift here. If performance is your target, you’ll want a later example, as the 1999 and 2000 models made just 360 horses and 440 lb-ft. The bump to 380 hp and 450 lb-ft came along in 2001, at which point it was also given a shorter rear axle ratio, a new set of Bilstein shocks and a lightweight aluminum driveshaft. If you plan to keep your Lightning factory-spec and want the most performance you can get out of it, later models are the ones to buy. They also offer more payload capacity, assuming you actually plan to use one as a pickup truck. 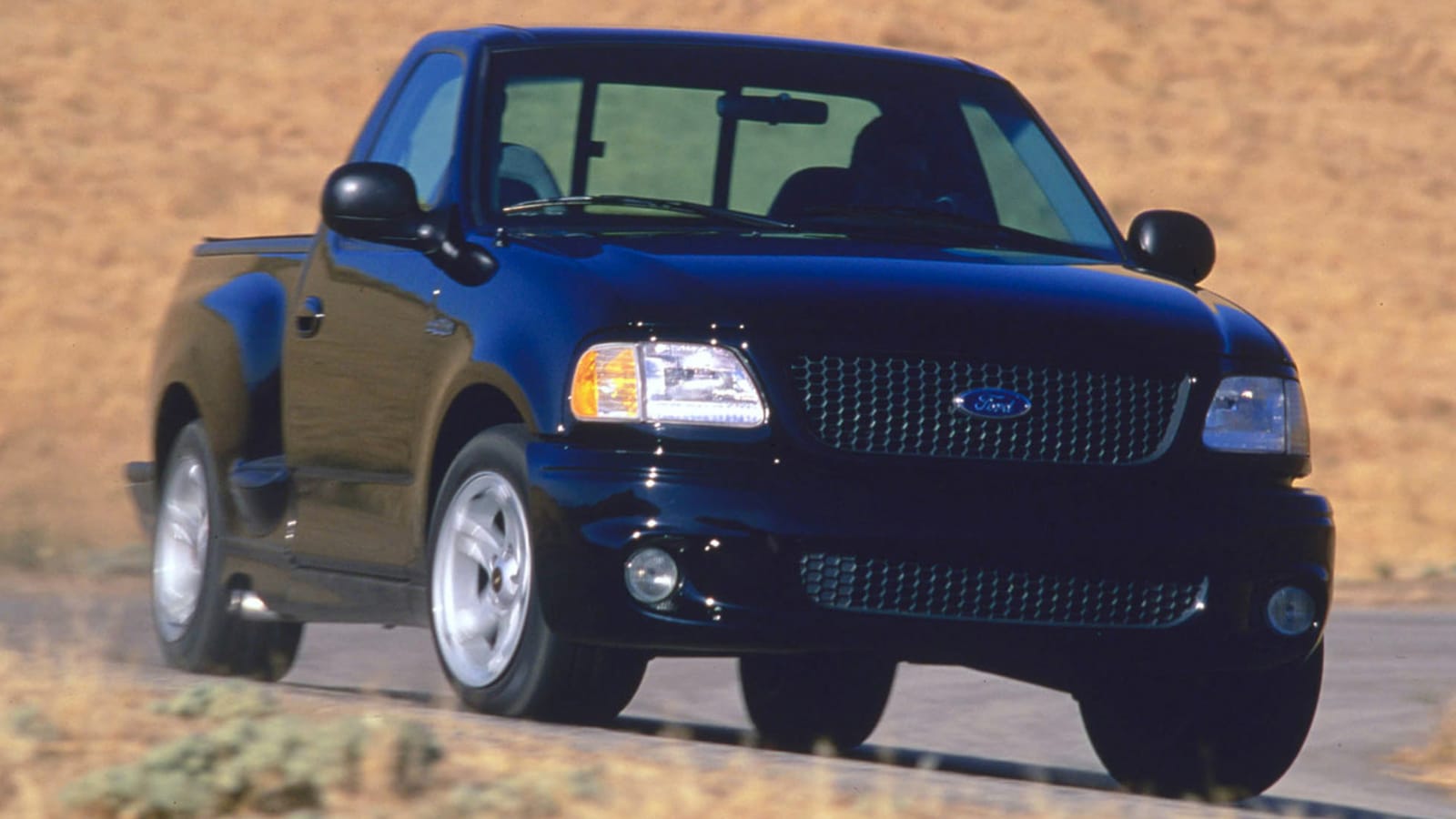 The Blue Oval wasn’t the only Detroit automaker getting in on the performance half-ton game in the early 2000s. The General responded with the Silverado SS, which utilized a 345-horsepower small block V8. Over at Chrysler, Dodge engineers tapped the Viper program to produce the SRT-10 variant of the Ram 1500. Unlike older V10s offered in Dodge’s HD Rams, this all-aluminum SRT motor was a direct lift from the little two-seater, and boasted the same 500 horsepower, easily dispatching the others in the raw output department.

While the numbers favored the big Dodge, all three trucks offered fairly similar performance. The naturally aspirated Ram and Chevy would probably be more consistent than the supercharged Ford in terms of real-world drag strip performance since the latter would be more likely to suffer from heat soak. Still, all three are pretty impressive, and each would run a 13 in the quarter mile. If you’re looking to own one of the lost icons of pickup performance, they’re all pretty special in that regard.