This first-year Jeep Grand Cherokee is a '90s time warp, and it's for sale

Jeep expects the aftermarket will 'go nuts' with the new Wagoneer

The 2021 BMW 5 Series went through its mid-cycle refresh this year, and an interior freshening was one of the top priorities. Improved tech is at the forefront of changes, but some subtle styling changes attempt to elevate it a little higher without requiring a full-scale overhaul of the design.

What we’re left with is a little bit of both new and old BMW splashed together, similar to the 7 Series’ interior. The “new” BMW interior we’re referring to is what’s found on the X5, X7, 8 Series and a few others. They all carry a fairly universal center console, screen setup and dash design that is one generation newer than what both the 5 Series and 7 Series showcase. Is that bad for the 5 Series we’re focusing on here? The answer is a little yes, but mostly no.

The same semi-busy center stack design carries over into 2021, which means you get knobs for climate controls and a ton of other buttons that all sort of look the same. The trim and dash design is laidback and simple, as BMW doesn’t seem remotely interested in matching Mercedes-Benz’s more overtly luxurious aesthetic. That’s not to say that the 5 Series is low-rent — it can be covered in expensive-feeling leather and decadent wood trim — but it doesn’t have the same elaborate and extravagant design as an E-Class. There’s little flare to be found, and the color combinations (black, white, beige and tan/brown) are similarly straightforward and mundane. 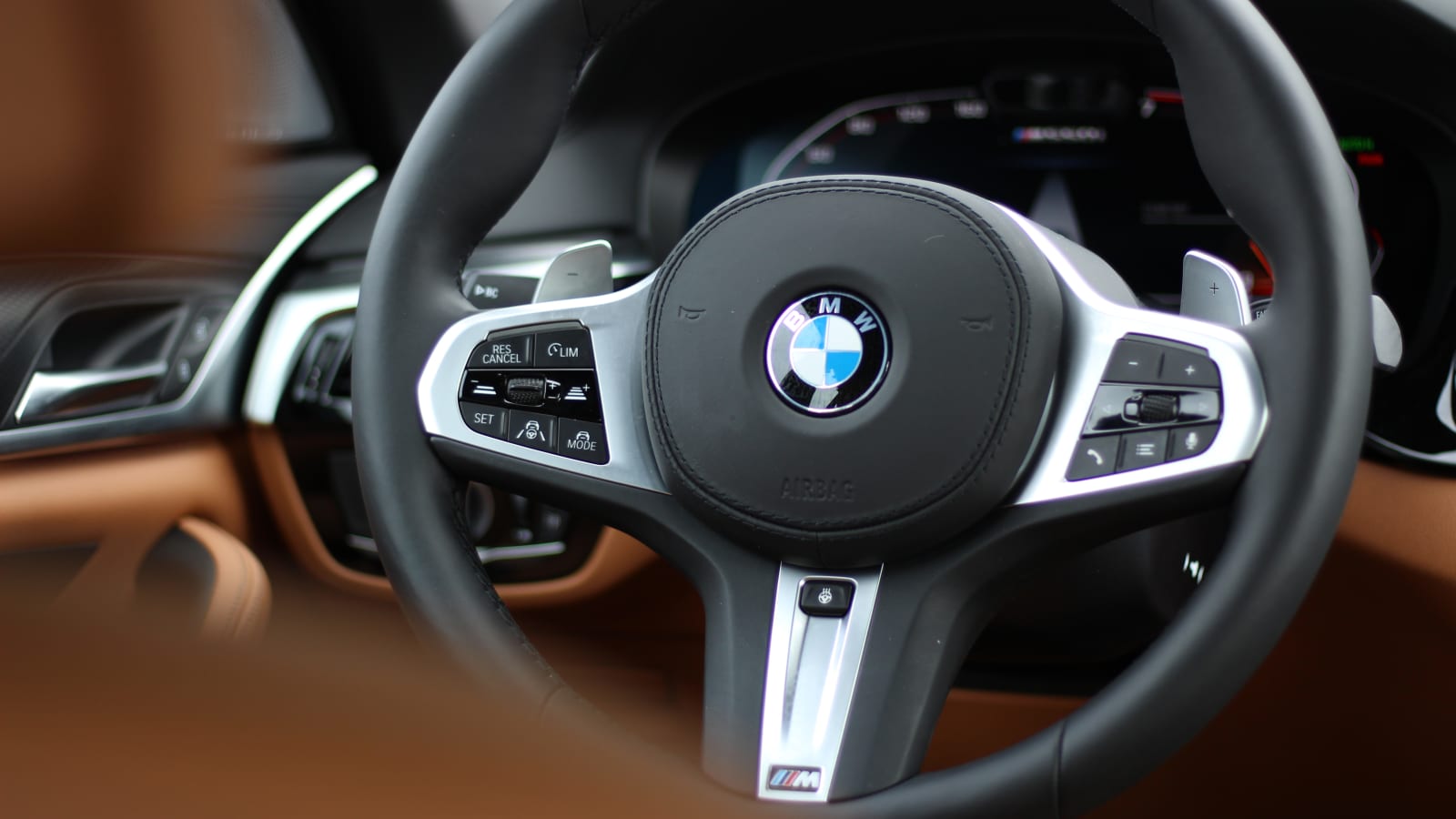 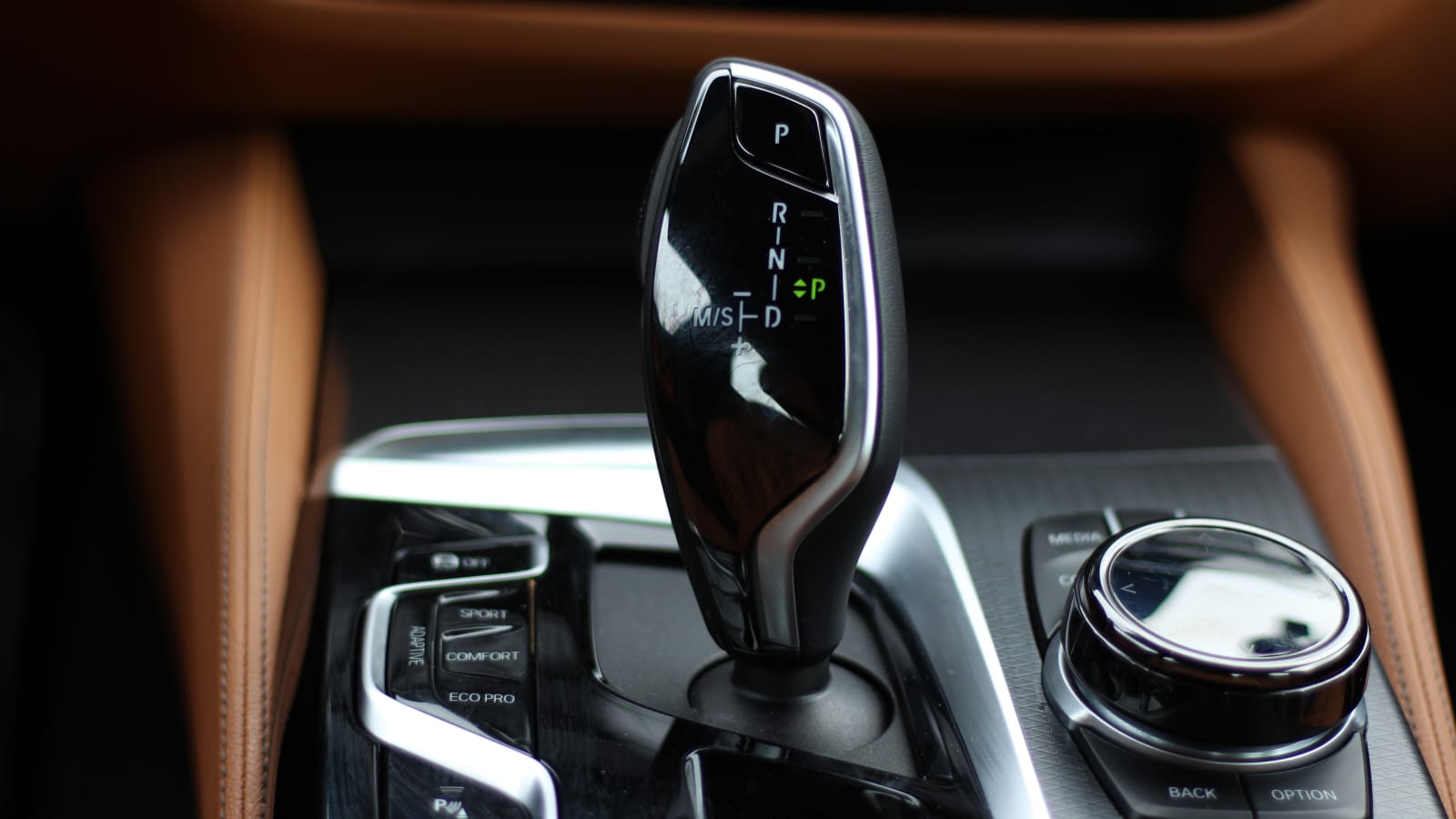 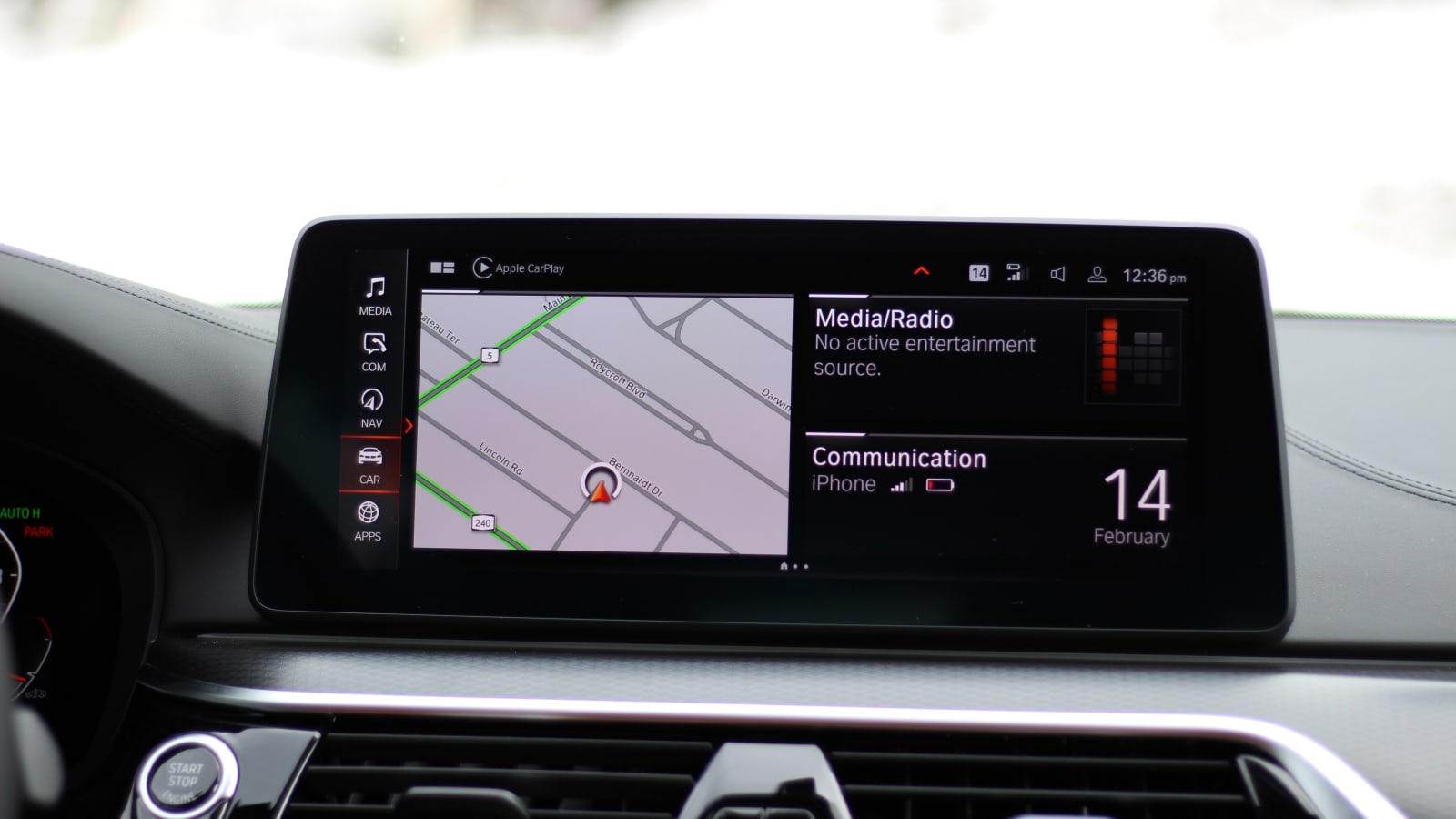 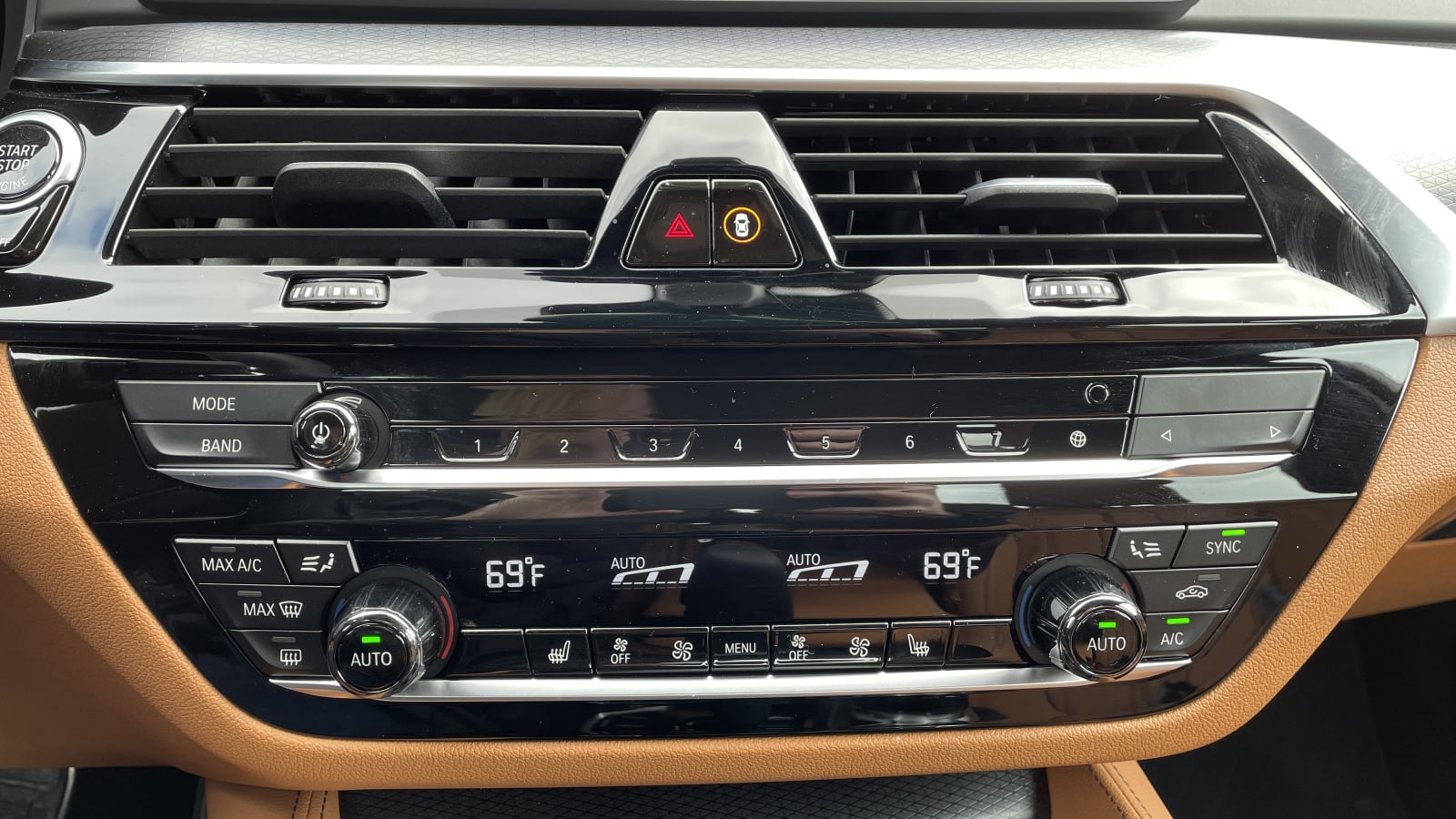 BMW’s newer interiors feature a greater use of metal controls and buttons on the center stack — one of the 2021 updates for the 5 Series involved more use of high gloss black on the dash. Center stacks in vehicles like the X5 and 8 Series are also pared down as to be less confusing and generally look more organized. Is it a functional improvement? Sort of, but there’s little that is inherently wrong with the 5 Series’ center stack design. It does take some time to learn where all the controls are, but by the end of the week we weren’t accidentally making any mis-clicks or input mistakes.

Where BMW stepped it up for 2021 is with its tech. The 10.25-inch infotainment screen running BMW’s old iDrive software is gone and replaced with a 12.3-inch touchscreen that runs iDrive 7. Not only this, but like other BMWs for 2021, the 5 Series now supports Android Auto — just like BMW’s Apple CarPlay functionality, Android Auto is also wireless. Both come standard, finally. The instrument cluster goes from a part-analog part-digital setup to a fully digital display, too. We prefer the new infotainment system greatly over the outgoing one, but BMW’s digital gauge cluster is starting to wear on us with its backward tachometer and lack of customization. It looks high-tech, but both Mercedes and Audi execute better in this area. 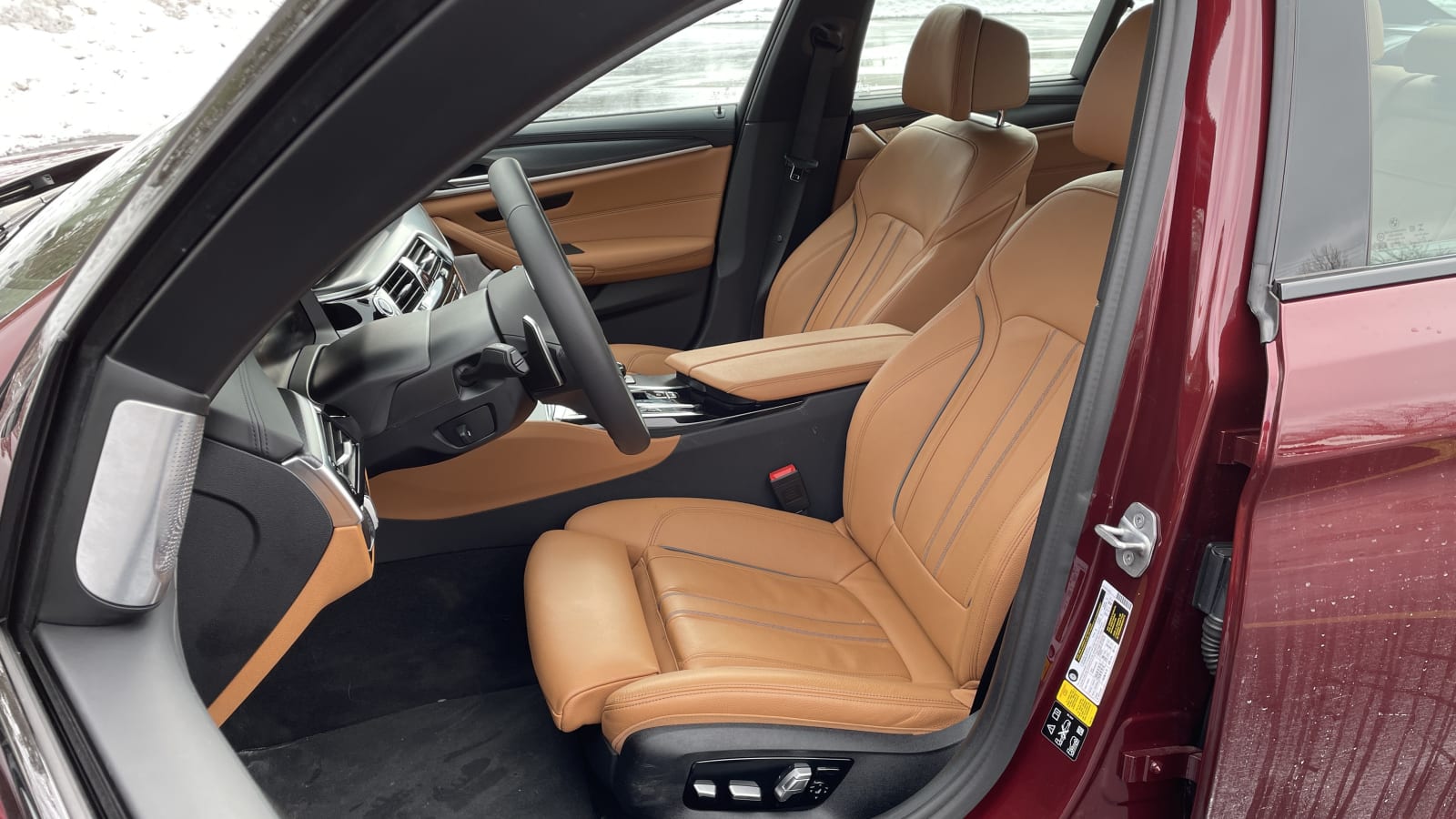 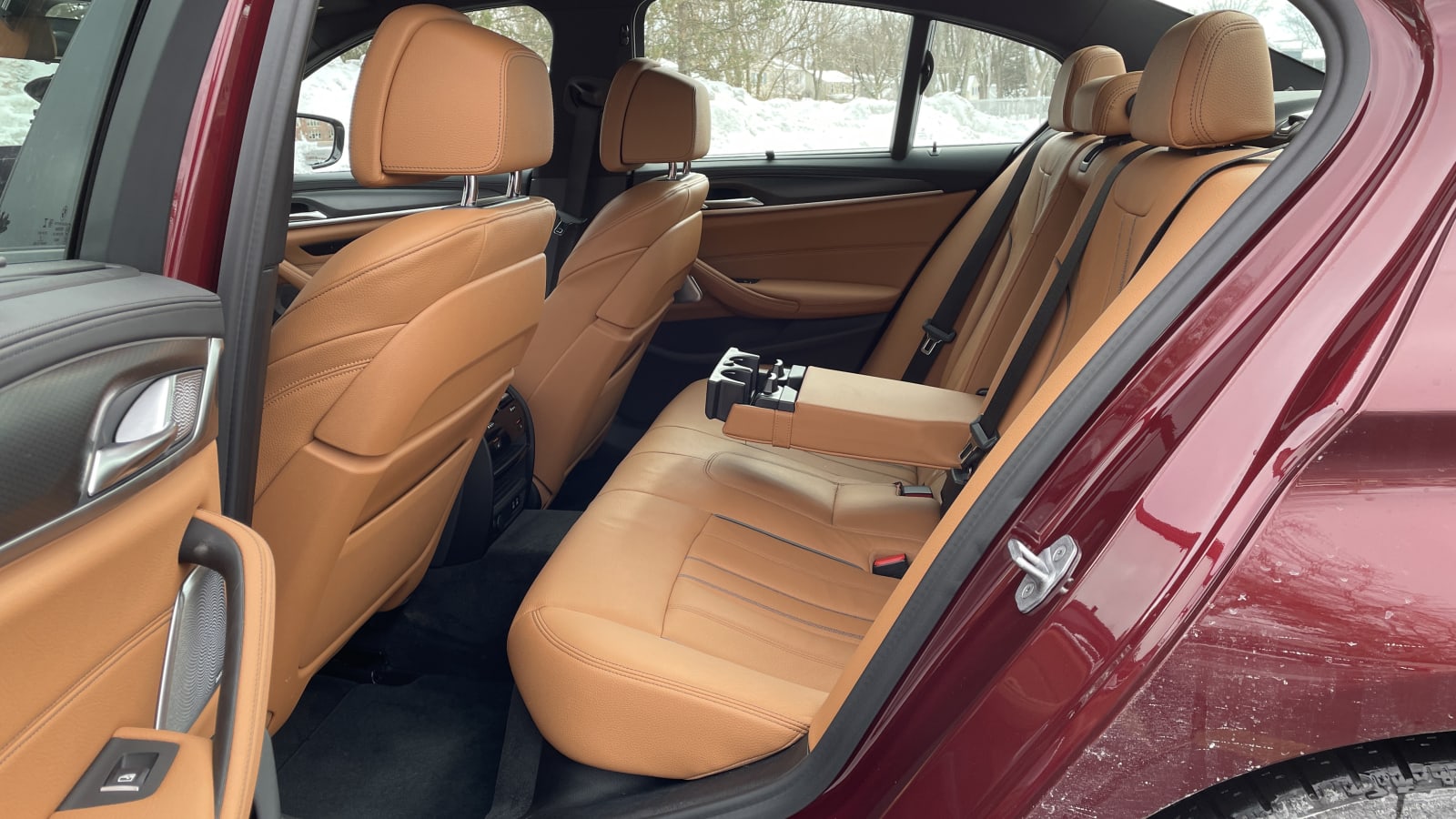 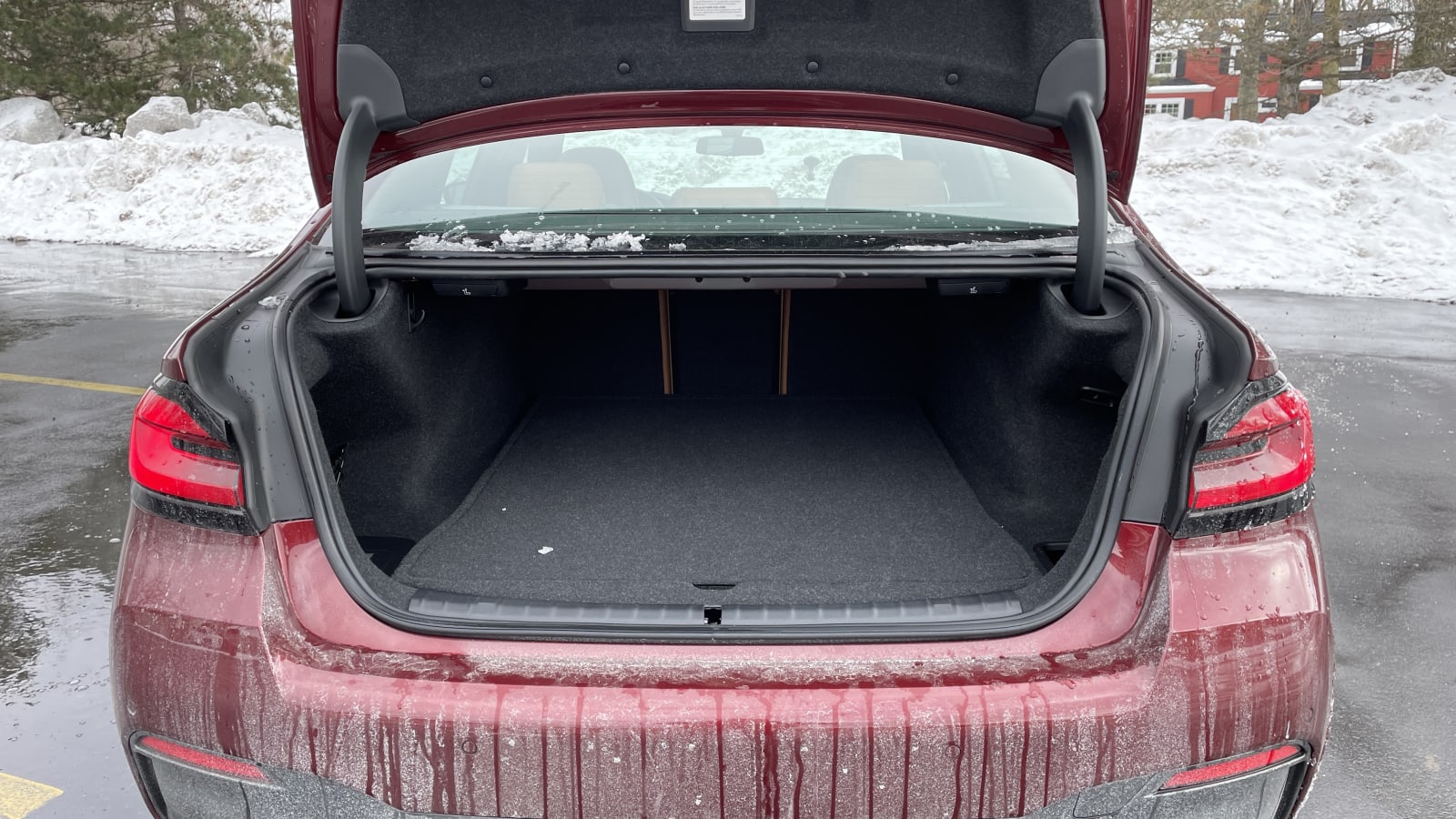 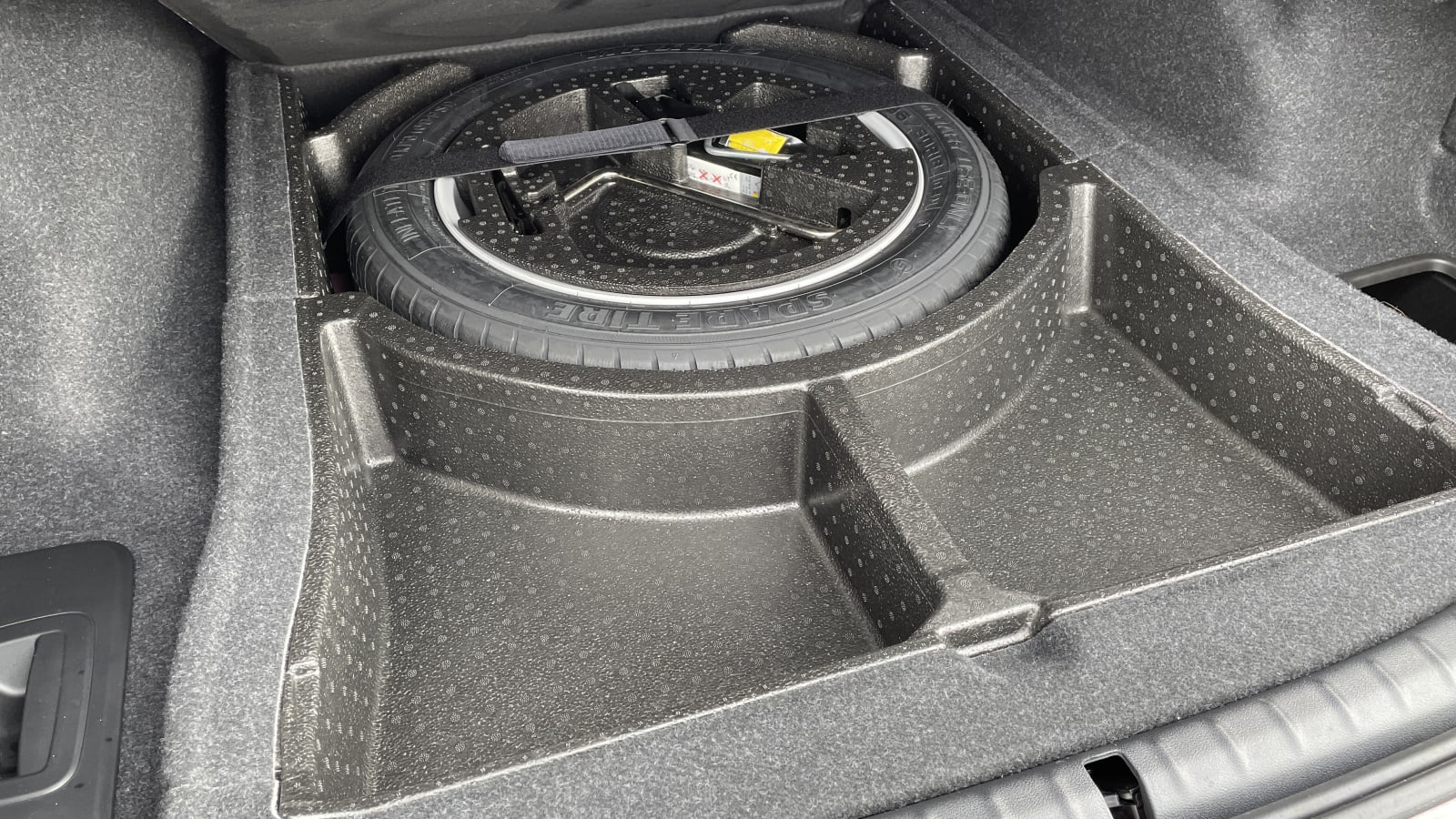 Seat comfort is top notch in the 5 Series. It’s supportive in all the right places, and there’s substantial thigh support on the front seats. Unfortunately, the ultra-thick steering wheel just can’t be extended downward far enough to be comfortable with the seat low to the floor. Backseat passengers will be plenty comfortable with their 36.5 inches of legroom. The backseat itself is rather sprawling and wide, plus it’s easy to get in and out of. There’s a large armrest to put down in the center, but the central tunnel is tall enough to be annoying for anyone trying to sit in the middle seat.

For such a large vehicle, the trunk is on the small side. The 14 cubic-feet of space is decent on paper, but the opening isn’t as tall as we’d prefer, and the trunk’s height itself is limiting. Some of this can be blamed by the fact this test car has the $150 space-saver spare tire option. We applaud BMW for making a spare an option on the 5 Series and many of its other cars — spares have become a rarity throughout the industry and BMW in particular has long used run-flat tires that are more expensive too replace. At the same time, though, it must be said the 5 Series’ spare eliminates a good chunk of additional under-floor storage you’d have otherwise.

Another remarkable feature of the 5 Series interior is what you don’t hear. The cabin is acoustically sealed to a much higher level than BMW’s smaller sedans. It’s much more 7 Series-like in its ability to block out road, wind and tire noise as it glides around comfortably. You miss out on some of the sweet exhaust noises from either the inline-six or V8, but the 5 Series is very much a grown-up adult vehicle, not a boy-racer machine. The optional Bowers & Wilkins audio system is one of the better ones out there, which makes longer highway slogs all the more enjoyable. Road trips and annoying commutes are the places where the new 5 Series excels the most, too. It’s not the most agile corner carver at its size anymore, but it sure is a spectacularly comfortable and quick four-door.